How many cyclists ride in downtown Toronto per day?

When discussions about the merits of installing bike lanes on downtown Toronto streets come up, it'd be pretty nice to have some go-to stats on the actual number of cyclists who ride in the city on a daily basis. Well, thanks to a study conducted by the City of Toronto conducted in September of this year, such information has become available.

It's limited to the core of the city -- the boundaries (or "screenlines") were Bloor, Spadina, Queens Quay and Jarvis -- but the data is fascinating none the less. In addition to stats on total ridership, the survey tracks the male/female breakdown of riders, where and when cyclist activity is concentrated, helmet use, instances of sidewalk riding and other specific information.

Here are some of the highlights:

And here are some maps, charts, and graphs with more information: 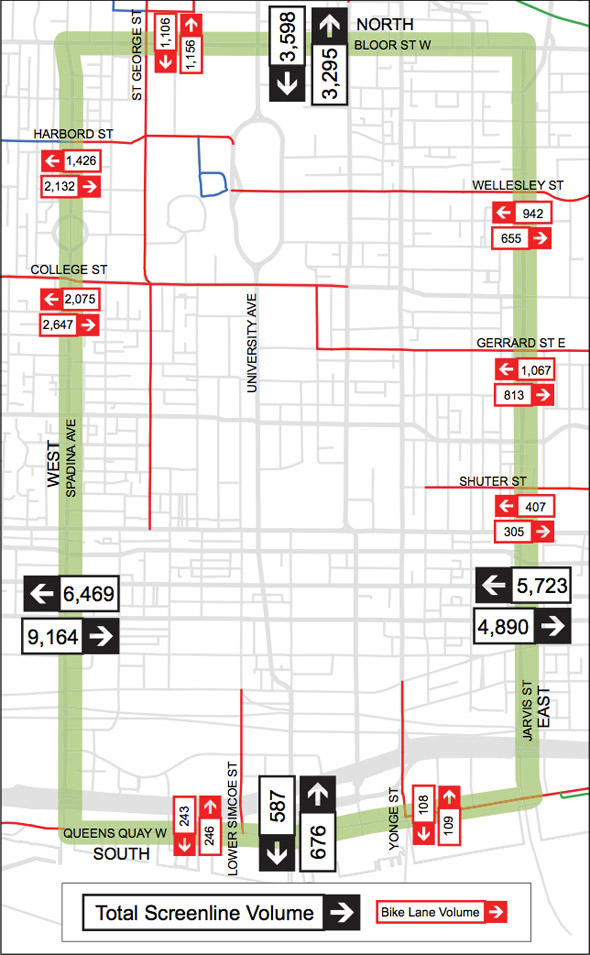 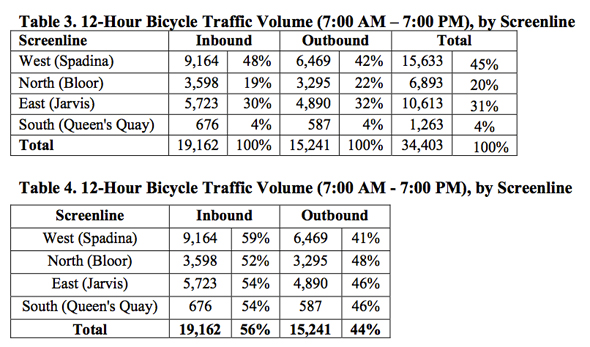 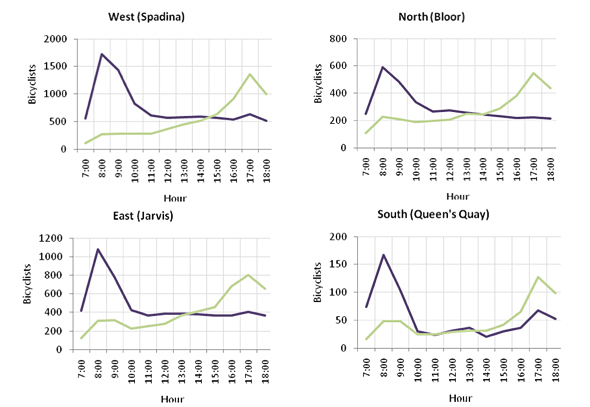 Entering and Exiting the core by hour 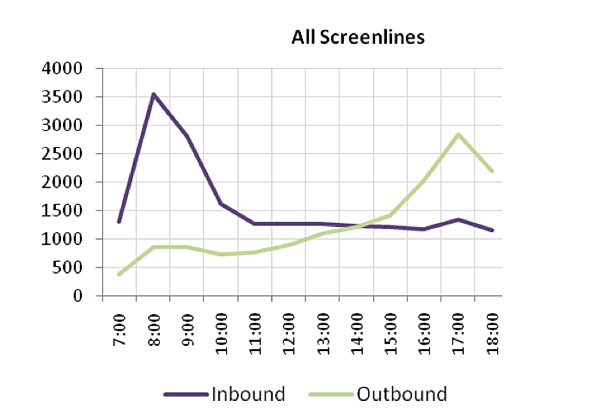