The steamrollers were at work yesterday at Dufferin and Queen, putting down the roadway through the underpass that will correct the traffic-clogging Dufferin jog over a century after it came into existence. As reported last year, politicians were hoping to have construction finished before the municipal elections, but workers on the site all said that the grand opening of the - nearly, but not totally complete - tunnel will take place on November 18. 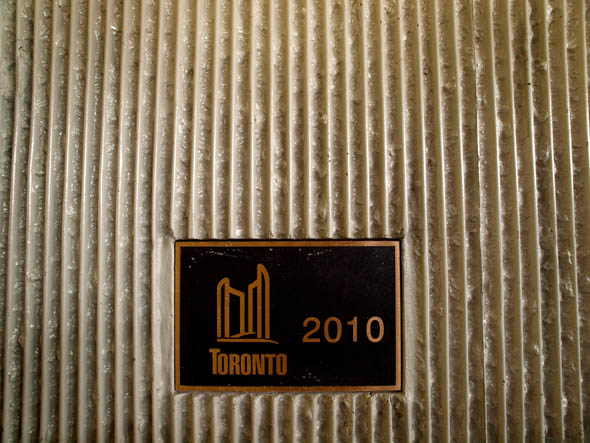 It's not the Brooklyn Bridge or the Boston Big Dig, but the Dufferin underpass is an impressive piece of engineering nonetheless, largely because traffic on the busy rail corridor running overhead continued uninterrupted throughout construction. You can still see the smudgy footprints of the forest of supports that held it all up on the roof of the tunnel, and the designers have fittingly left the gracefully-curved steel arch exposed on the Queen Street end. With its bolt-studded bands, it fits in nicely with the Victorian engineering of the original Queen Street Subway just to the east. 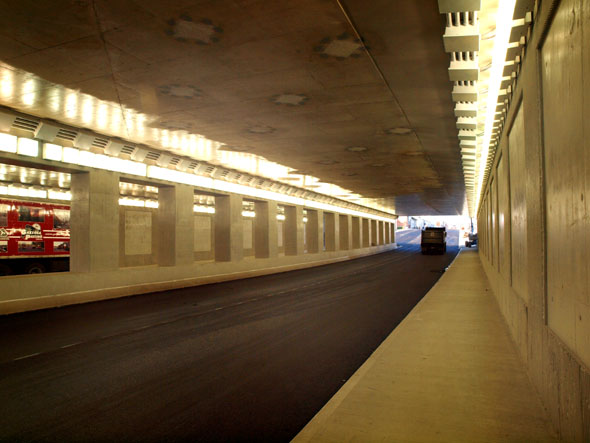 With the tunnel lights blazing in the middle of the afternoon, the inside of the underpass looks sci-fi clean for the moment; a slushy Toronto winter and the attentions of the Parkdale's taggers and bill posters will doubtless take care of that. And, at this point at least, the little amphitheatre-like parkette to the west looks eminently skateboard-friendly. 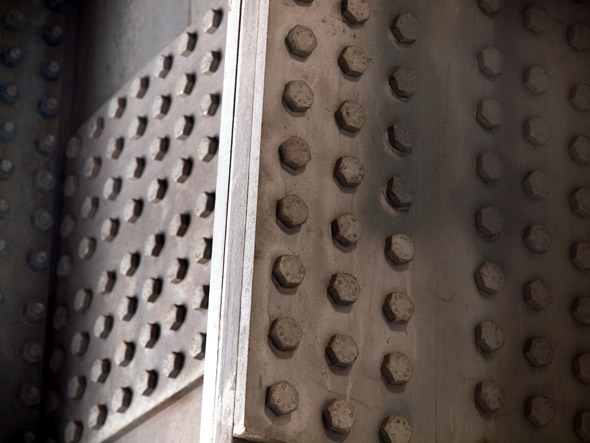 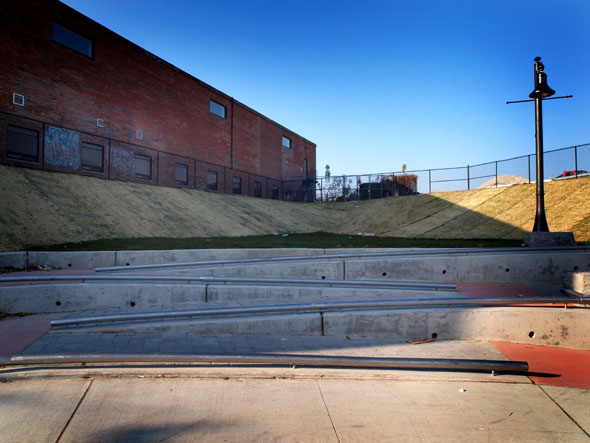 Walking along the northern end of the site, I can't help but wonder if it isn't time to buy property on block-long Peel Street, where the Dufferin bus has detoured for decades. It'll be pretty quiet soon, and with its proximity to the Gladstone and Queen West, it could end up going from grimy little thoroughfare to urban enclave. 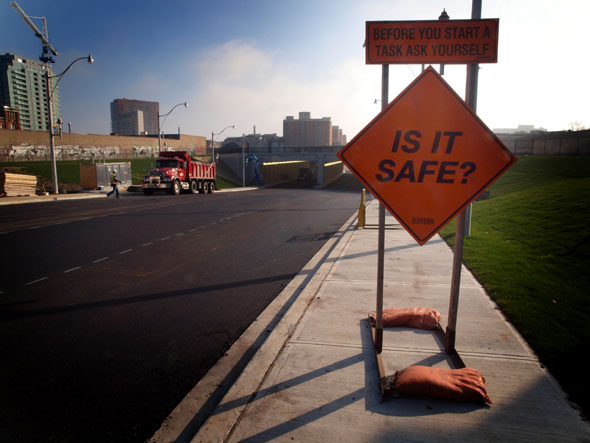