Although the decade does pre-date the rise of Toronto's first modern skyscrapers (the TD Centre wasn't built until the late 1960s) and the building and population booms of the 1970s, the 50s will be forever remembered in Toronto as the decade when we finally got the subway.

As a result of this massive construction project, there's actually a wealth of photographs from the period available via the Toronto Archives.

While many of these feature subway building as their main subject matter, there's plenty else going on in the photos. One thing of note, everything looks so clean! 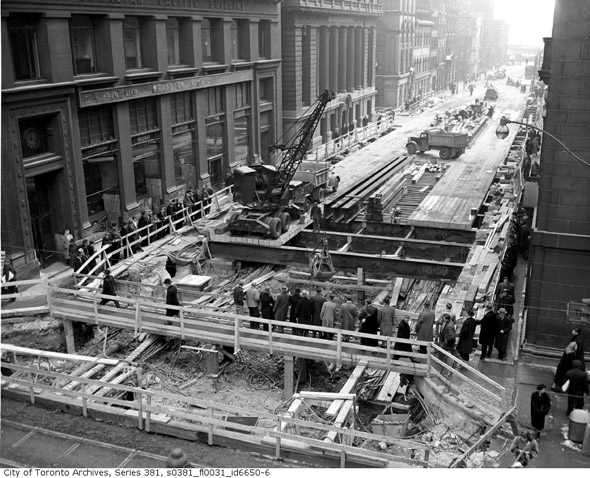 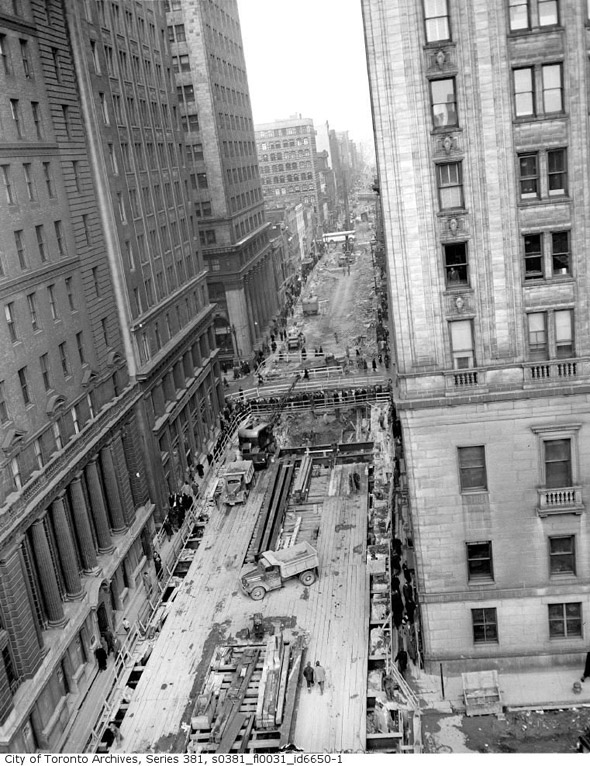 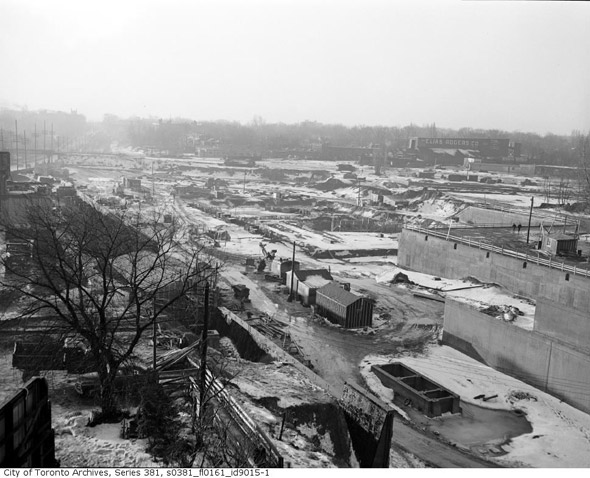 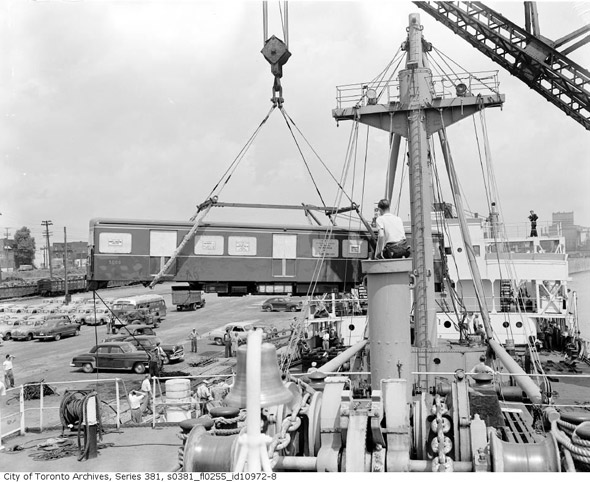 Subway cars being offloaded from a shipment. 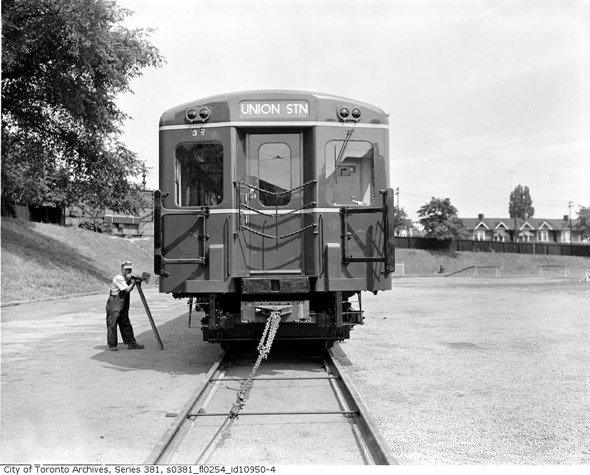 A subway car with an engineer. 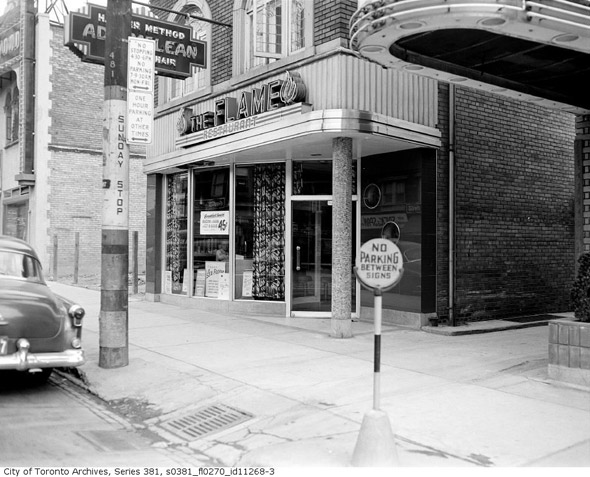 The Flame restaurant and old car. 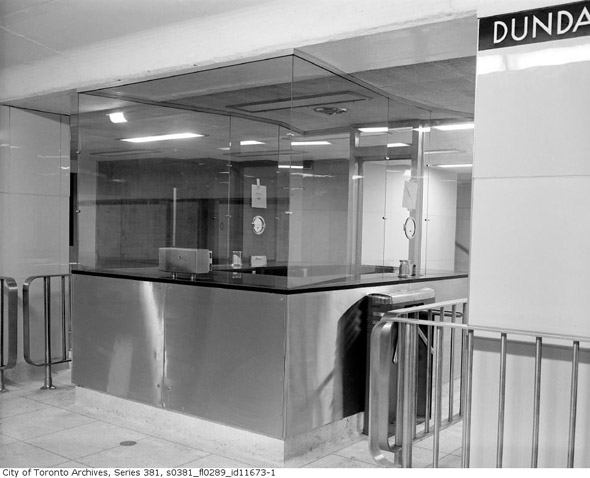 A collection booth at Dundas Station. 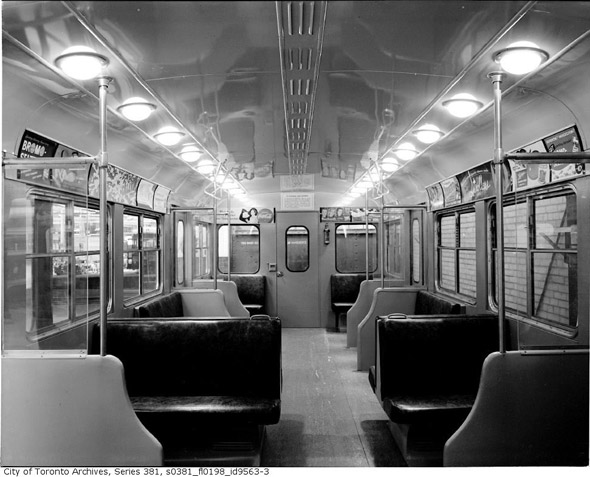 The interior of an old subway car. 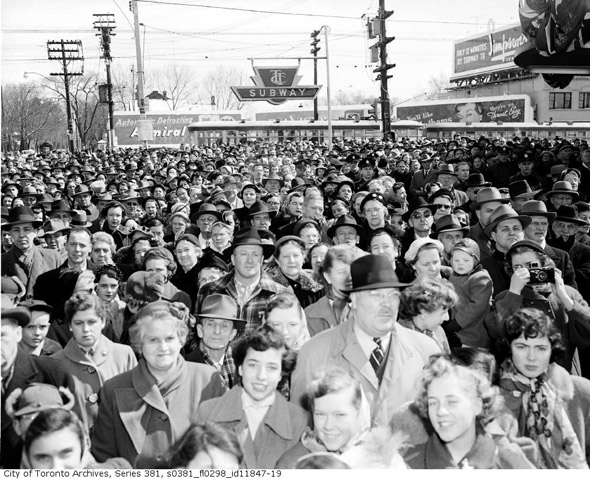 A crowd attending the official opening of the subway line. 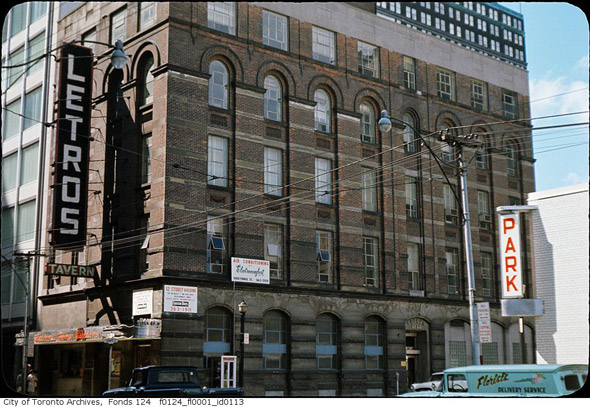 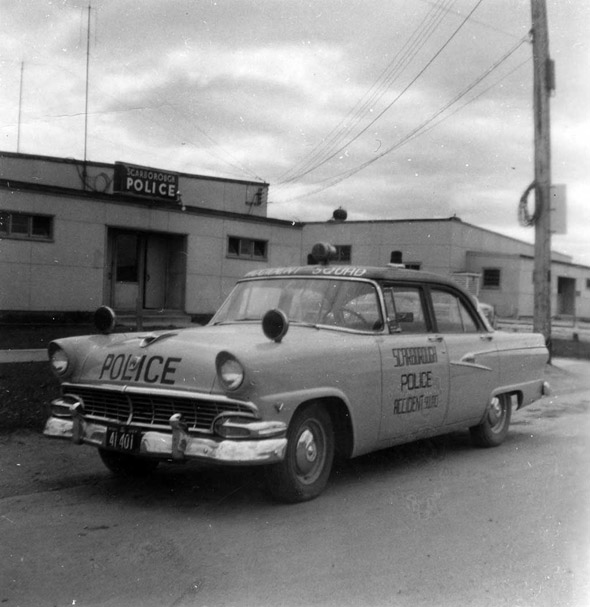 A police car. Photo by pjs_deceased. 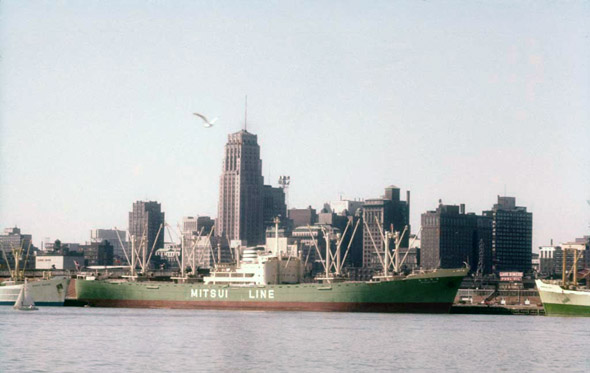 A boat with a very different-looking skyline. Photo by pjs_deceased. 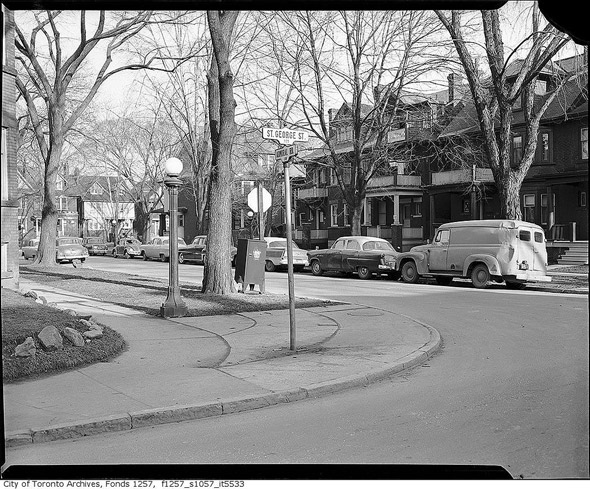 Cars lining the streets in the Annex. 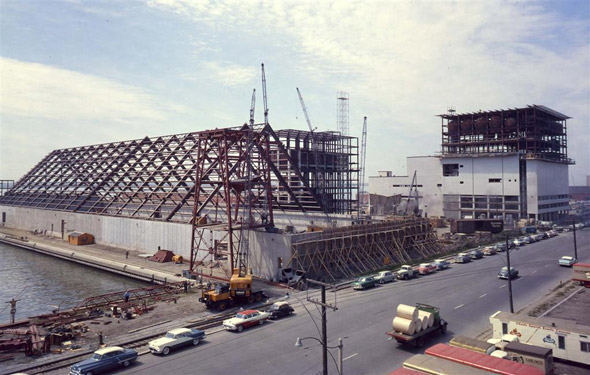 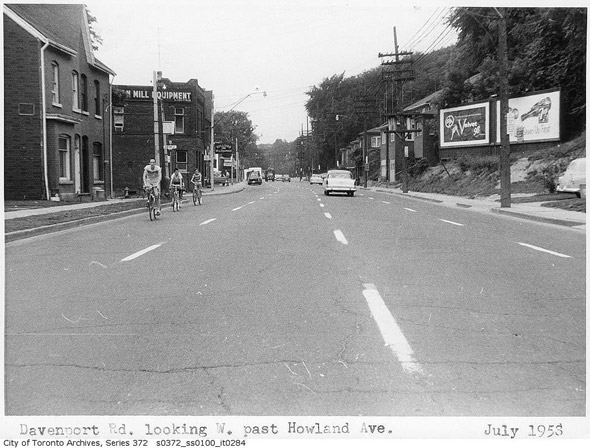 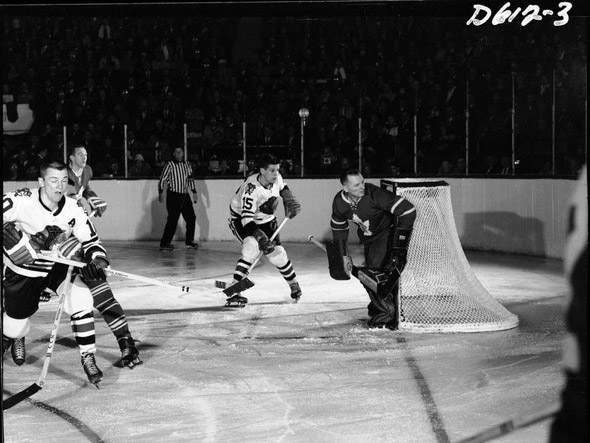 The Maple Leafs versus the Blackhawks. Photo by pjs_deceased. 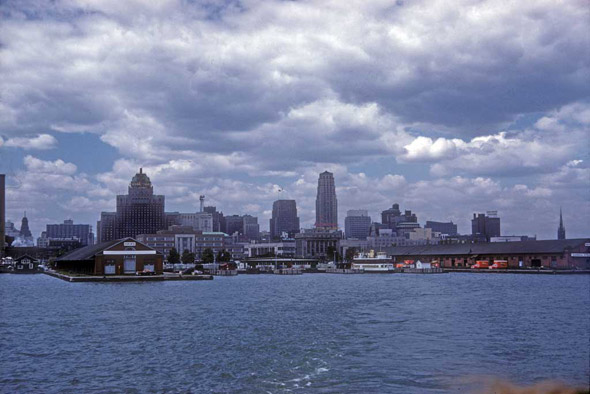 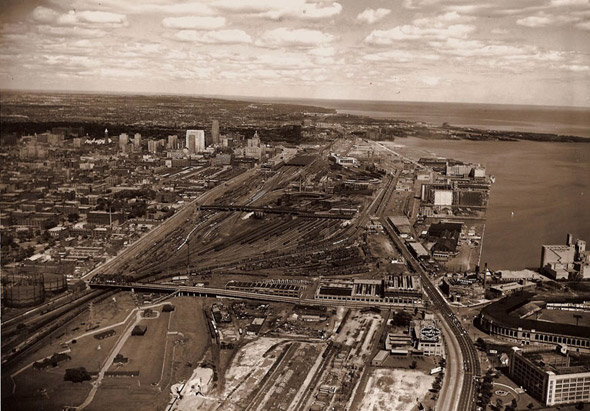 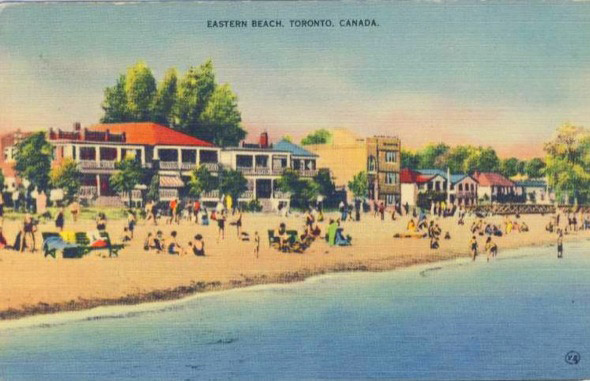 An old postcard of the Beaches.