The Ossington moratorium appears to have been lifted

Although there's been no formal announcement, signs point to the fact that the moratorium on new restaurants and bars on Ossington has been lifted. The first report to this effect came earlier today from Post City, who spoke with William Tavares, co-owner of Salt Wine Bar. According to their report, Joe Pantalone had recently called the hard-hit restaurateur to let him know that ban had finally come to an end.

Just to make sure, I called Salt to confirm the information, and Tavaraes, during what sounded like a busy dinner service, told me the same thing -- Joey Pants himself had delivered the good news.

Now, it's important to note that I've yet to get official confirmation from the City or the deputy mayor, but a little digging on the Ontario Municipal Board's website reveals that the November 22 hearing on the "Ossington Avenue Restaurant Study" has been cancelled and the case has been formally closed. 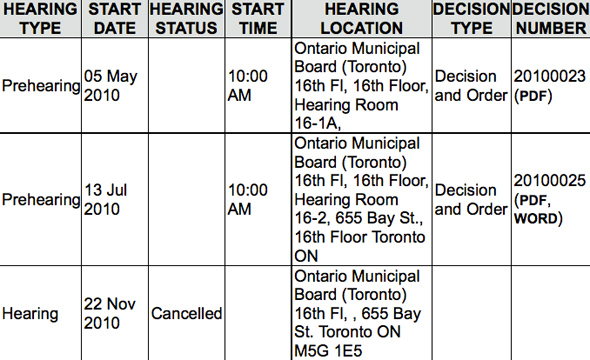 Given that this hearing was the reason that the ban had remained in effect past the initially scheduled end date of May 2010, the fact that it is no longer on the books is a strong corroboration of Tavares comments. As to why the hearing has been cancelled, Post City writes that "the four parties that opposed the bylaw -- three of which were owners of units on Ossington -- withdrew their challenge from before the Ontario Municipal Board on October 12."

It's pretty amazing that this development has been sitting around unreported for almost a month. I doubt, however, that this'll dampen the spirits of the folks at Salt, who have stuck it out throughout the duration of the moratorium, which hopefully really is over and done.