Snake on the loose in Toronto Apartment building!

This is the best property management memo I think I've ever seen. Spotted on the 100 Wellesley Tenant Association website, it would appear that a pet snake has escaped the confines of its home apartment and is now slithering around the complex. Described as "approximately 3-4 feet in length," one would think that it'd be hard to lose such a creature -- that is until you take a look at a few photos and realize how small the radius of its body is.

But what's even better is that the Globe and Mail has published an achingly earnest CP newsflash about the matter. Unfortunately, however, it leaves out the most important bit of information. It's not the fact that the snake is not venomous that really interests me -- it's the fact that it has "a very small head." How would anyone be able to locate and "collect" this creature if they didn't have that crucial information?

Here's the CBC's slightly less earnest report on the missing snake. Oh, and for a little context, here's a photo of an Albino California King. 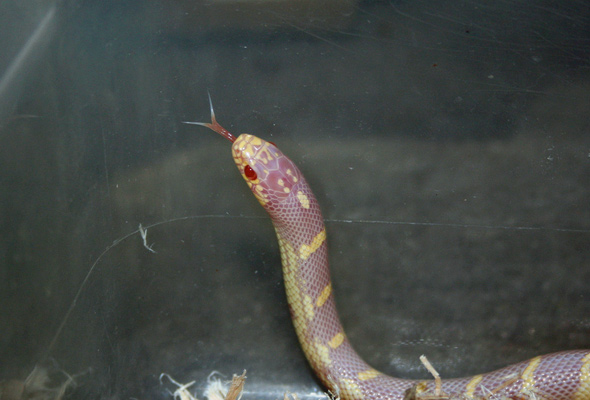