Nostalgia Tripping: Cabbagetown and Regent Park in the 1960s

After the completion of Regent Park North in 1956, Albert Rose, one of the most vocal proponents of the housing project, hailed it as a "symbol of successful public action and public housing experience" in his book, Regent Park: A Study in Slum Clearance. 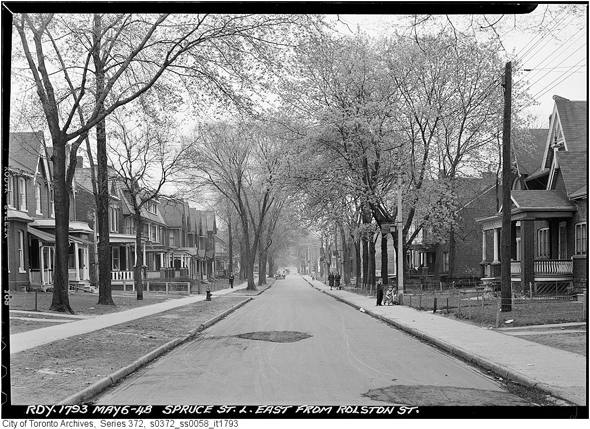 For some time after this, Regent Park was considered a success in terms of rehabilitation of a previously so-called "blighted area." Eventually, it began to deteriorate, however, both physically and socially, and it slowly turned into an insular area with a less than kind reputation.

So when exactly did trouble begin for the project? Although I have read a number of books and articles related to this question, there is no definitive answer. Some sources point to the early 1980s, while more skeptical ones claim that it all started in the 1960s. What's more interesting, however, is the fact that the deterioration of Regent Park and the gentrification of the Don Vale/Cabbagetown neighbourhood across the street, started at roughly the same time - in the late 1960s. 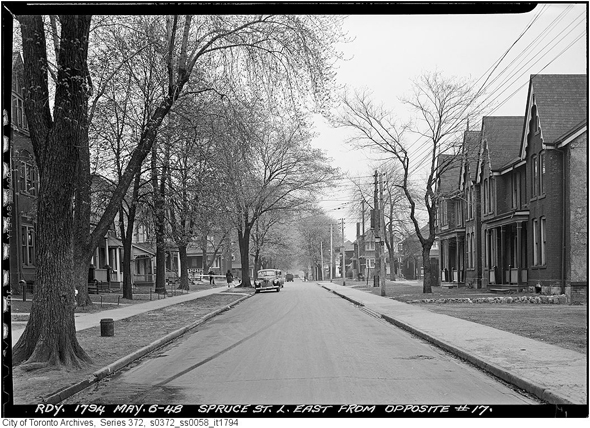 In 1967, James Lorimer was a young professor, who moved with his wife, Myfanwy Phillips, to a rented house on a street he lists as "Minster Lane" in his study, Working People: Life in a Downtown City Neighbourhood. The actual name of the street, located in the northern section of Don Vale (now known as "Cabbagetown," which used to the name of Regent Park before the advent of urban renewal), is Laurier Avenue. He also deliberately provided fictional names for his neighbours in order to protect their privacy. Lorimer moved there in order to undertake a study project for his research on inner-city poverty, at the time when what he describes as a respectable blue-collar neighbourhood east of Parliament Street started to attract middle-class professionals, who began to buy up and renovate the charming, even if run down, Victorian houses. 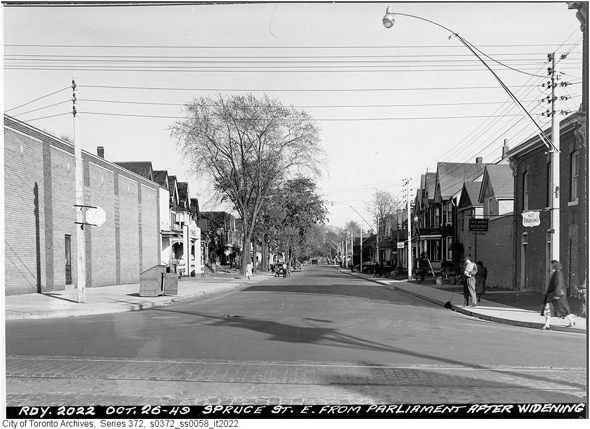 Prior to the arrival of the middle-class residents, the houses were mostly owned by absentee landlords, but others, belonging to older, more established residents in the area, were owned by residents with well-paid blue-collar jobs. Many of them worked as truck drivers, warehousemen, labourers, mailers, bakers, and carpenters. In contrast, their white-collar counterparts were interior designers, photographers, city planners, and professors. 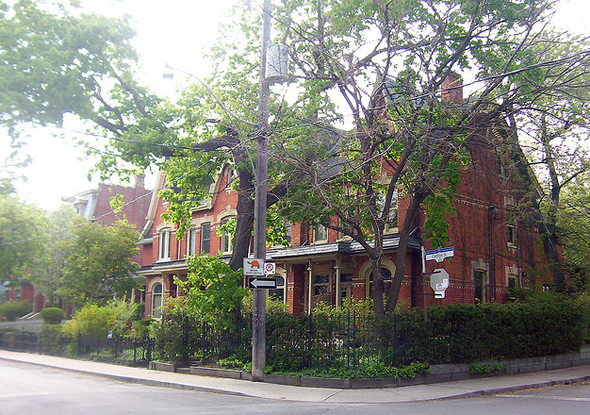 By the time Lorimer and Phillips moved in, the gentrification had already been set in motion. He was the first white-collar person to rent a house on Laurier Avenue, which had been bought by his landlord from an absentee owner. By the time he and his wife moved out nine months later, fifteen of the eighteen houses on the street were bought and renovated. Their property value increased every year: the first nine were being purchased between $7,000 and $9,000. A year later this figure increased to $11,000, and two years later, it was $18,000. 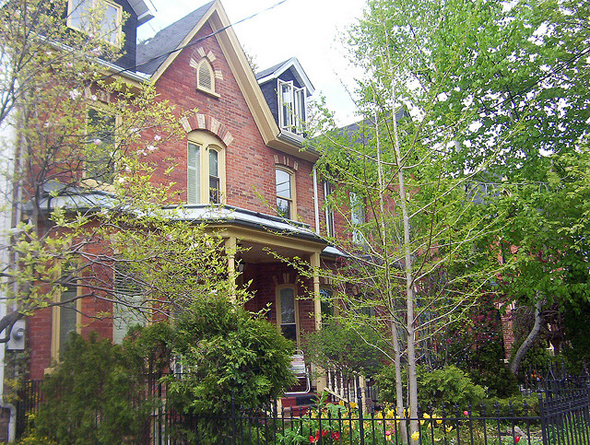 Meanwhile, the neighbouring Regent Park began to fall on hard times. Lorimer and Phillips write that the residents of Cabbagetown, especially the homeowners, did not like to be associated with the people inhabiting the nearby project and that Gerrard Street was already the social divide that it has been in more recent years. 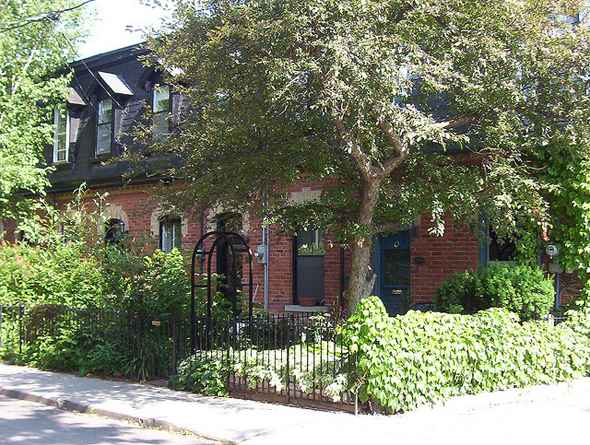 In December of 1968, the Toronto Star conducted a series of investigative articles into the life of the residents of the project, which harshly describe it as a "filthy, crime infested human jungle." Most of the residential complexes in the north part were already over twenty years old, while the ones in the south part, although built only ten years earlier, were described as prematurely aging. 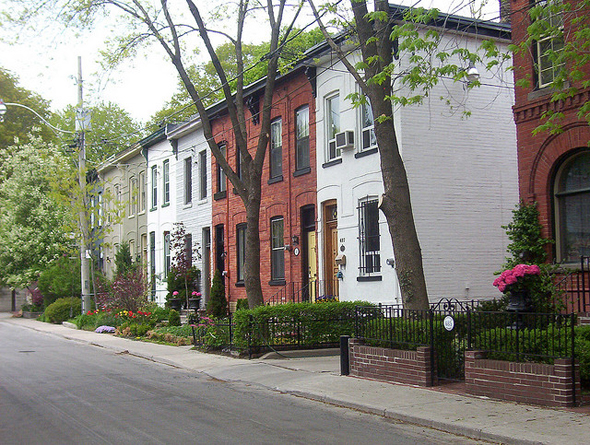 The series was preceded by a report, which appeared in July of the same year. It described a daily beat of two police officers, who patrolled the area between 7:00 pm and 3:00 am, keeping their eye on the Regent Park youth, who were often believed to engage in petty crime and vandalism. Prostitution, homelessness, and alcoholism were also on the rise. 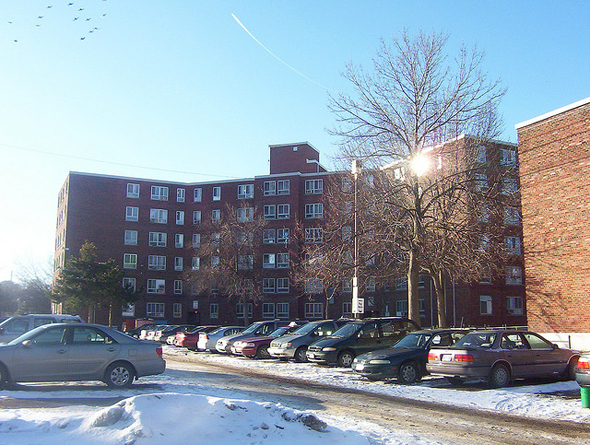 Rose, who continued to study the project, blamed the lack of recreational facilities and employment opportunities for the younger residents, but the tone of his quotation betrays disappointment with the gradual decline of the quality of life in Regent: "I don't know what you can do about this."

Thankfully, as revitalization efforts in the area continue, not everyone felt the same way.