It all started innocently enough. After seeing a Gizmodo post on a new addition to the Lego Architecture series, I got to thinking about the CN Tower's little-brick history. Despite its lack of inclusion in the official offerings, I was pretty sure that I remembered seeing a mock-up of the tower at a Christmas display at the former Simpson's store at Richmond and Yonge when I was a kid, so I took to Google in search of some verification.

And after a few minutes I realized I was being silly. That display -- if it actually existed and doesn't just stand as a childhood fantasy -- was surely installed well before the period in which all things are indexed by one search engine or another.

But that's not to say that I found nothing. On the contrary, though I didn't know it at the time, I had unwittingly set out on a CN Tower-based quest that would reveal a level of kitschiness with which I was formerly unfamiliar.

After the Gizmodo post, my specific search was as follows: "Lego CN Tower," which, amongst other things, revealed both the models below and the one found in the lead image. 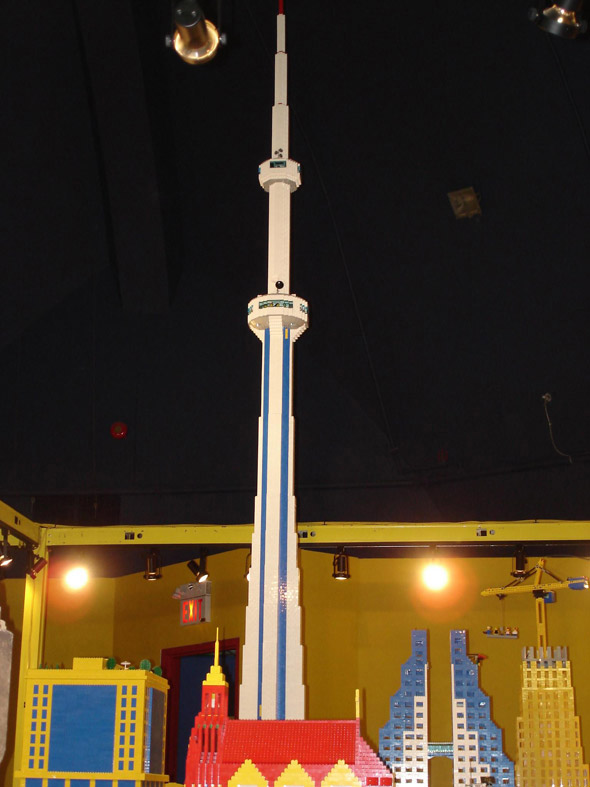 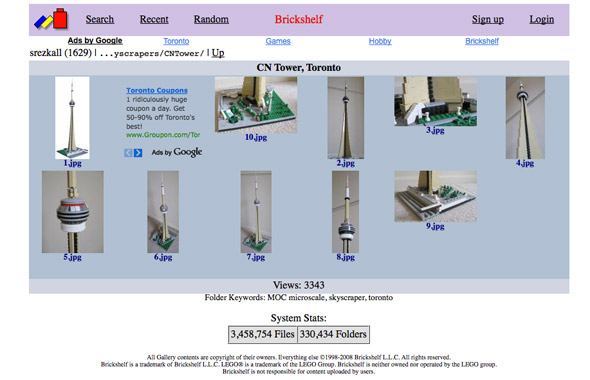 All of these are impressive in their own way, whether it be based on size or the faithfulness of the representation, but there's an even better Lego version of the tower. Built by Allan Bedford 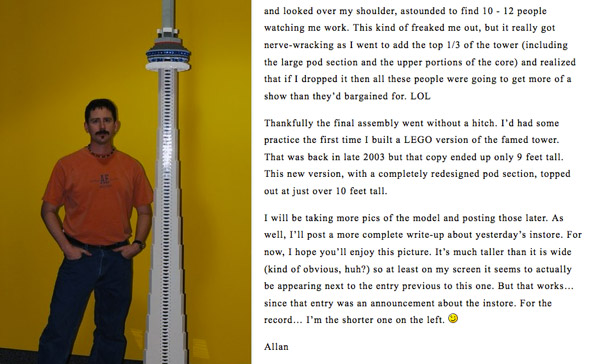 back in 2006, the model depicted below is the best one my search revealed. It's not only huge (11 ft. tall), but it gets the colour scheme and observation deck just right, which are apparently areas that others struggle with.That should have been the end of my searching, but in the course of looking for images of these various models, I ran into two wacky toys that kept me at it. Both look like they'd be an absolute nightmare to assemble. 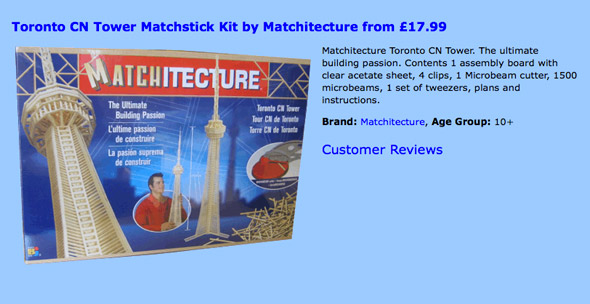 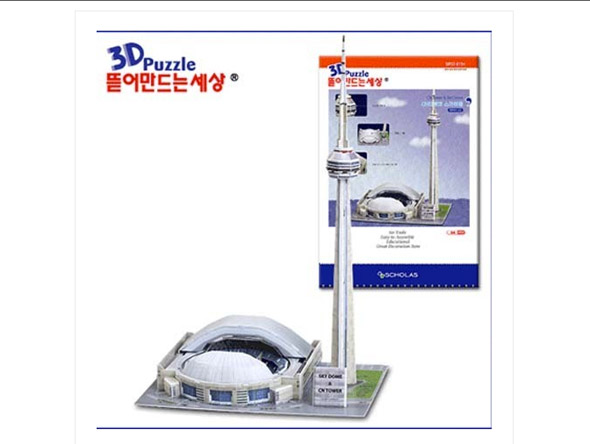 Intrigued, I then decided to see what a search of the CN Tower returned on Ebay. With 304 results, there's quite a lot to choose from. From decorative spoons to 1980s-style frosted glasses to cuff links, our iconic tower is "well" represented. So, given the sea of trinkets and, let's be honest, total garbage I found, I've "curated" a short list of some of the most noteworthy items.

Another puzzle that looks mind-bogglingly difficult 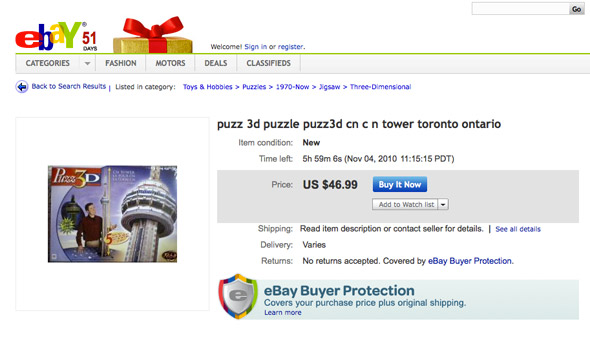 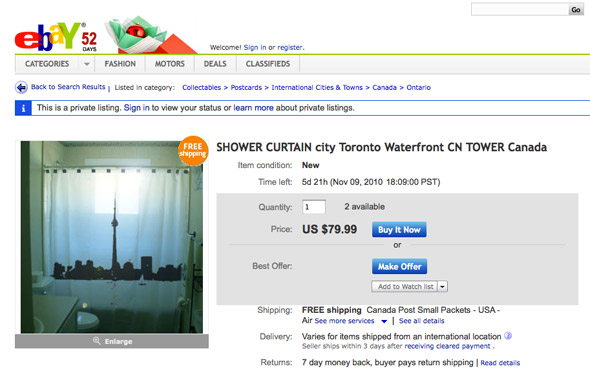 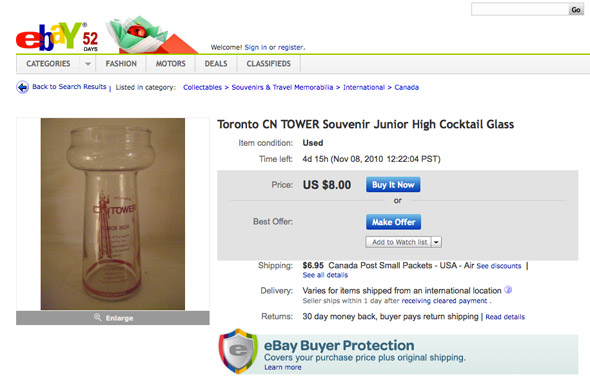 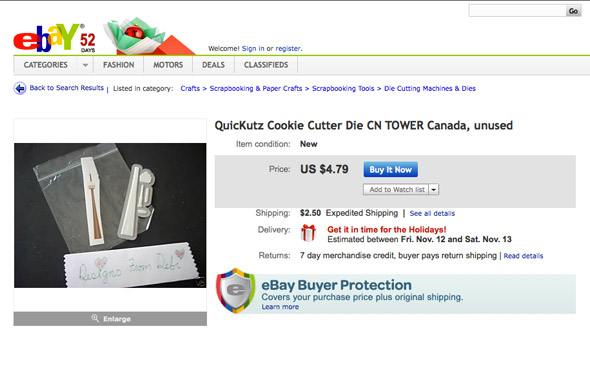 One of the nicest plates I've ever seen 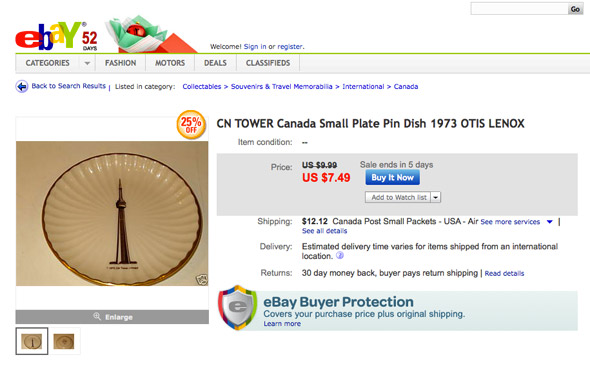 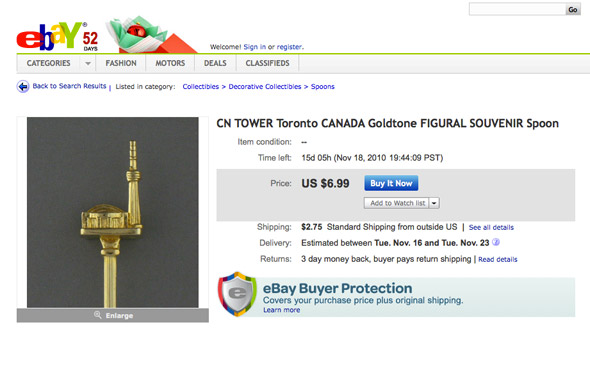 Only one left! (There were actually at least three of these) 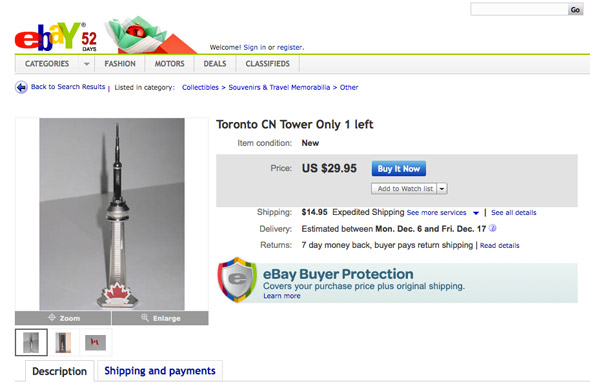 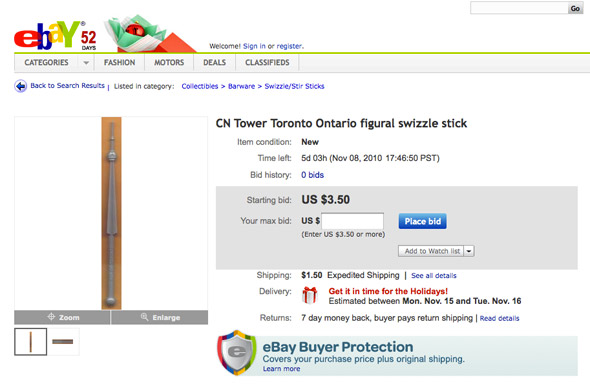 A CN Tower (but not actually the CN Tower) wall logo 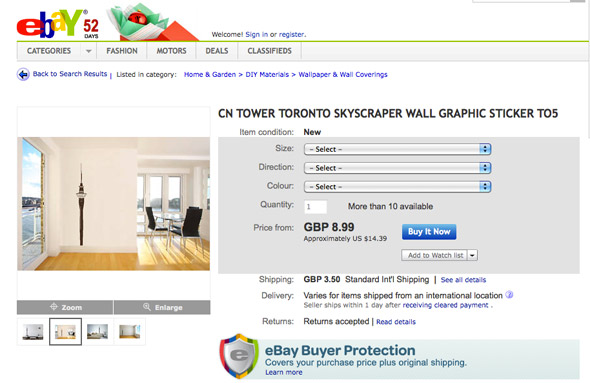 I'm quite sure there's even more CN Tower junk floating around out there, but having put in an hour, I had to end my my searching. But, if you know of any particularly interesting CN Tower-themed memorabilia, let me know, and I'll add it to this list.