Goad's Fire Atlas of the City of Toronto and Suburbs is quite possibly my favourite in a long list of maps. Although not the artistic feat that P. A. Gross's Bird's-Eye View of Toronto (1876) represents, there's a whole other level of meticulousness and precision on display in Charles Goad's cartography.

As is noted in the introductory information on the Atlas from the Toronto Archives, "Fire insurance plans were originally compiled by mapmakers and leased to insurance companies, who used the information about building sizes and construction materials to determine the fire risk and therefore the cost of insurance premiums." And, from a pragmatic standpoint, these maps now allow researchers "to determine when a building was built or demolished, details of building materials, the position of a building on a lot, lot and address numbers, and lot sizes and shapes."

But for me, there's more to it than this. With its identification of buildings both big and small, Goad's Atlas operates like a proto-Google Satellite map, where the viewer can get a sense for the urban environment on a street by street basis rather than just in a macro capacity. For the contemporary map-reader, this level of detail underscores just how much the city has changed in the last century.

That such change has happened is not particularly remarkable, but to be able to see how an area like Corktown was laid out prior to the construction of the DVP and its off-ramps, or that Dupont Street ended its westerly jaunt at Shaw or that College and Carlton didn't really connect as an intersection, all of these things are the stuff of pure fascination for those interested in the nature and history of Toronto.

There are multiple versions of Goad's Fire Insurance Plans, which date back to 1880. The examples below come from the 1910 iteration, which has been scanned in its entirety at the National Archives. To scroll through larger versions of each page, 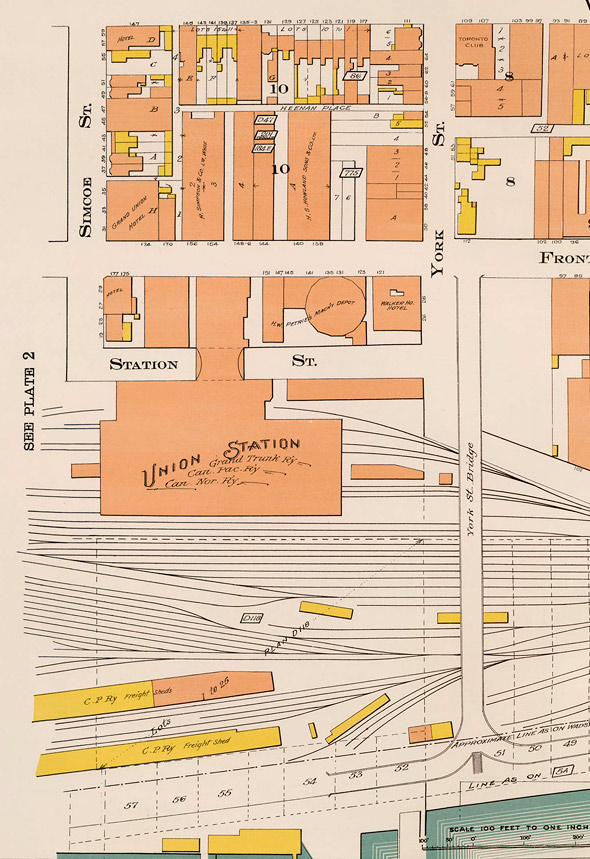 The site of the now-demolished Armouries 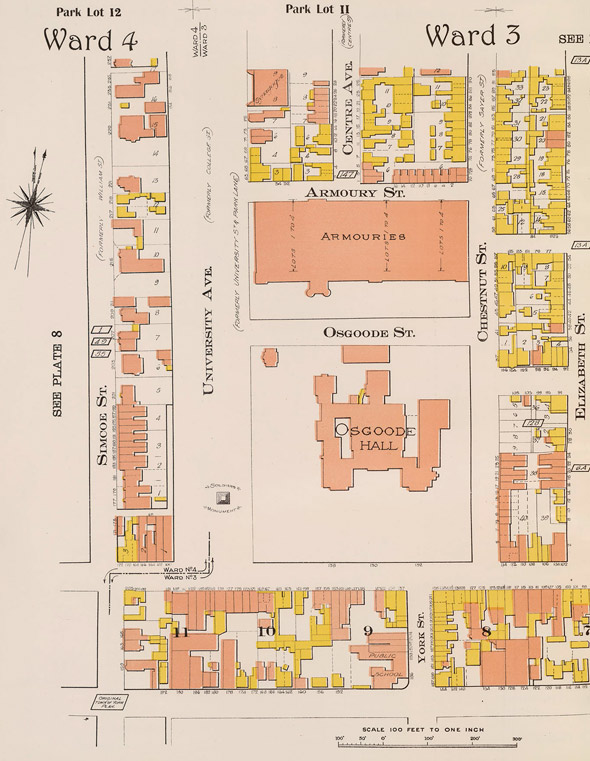 The University of Toronto 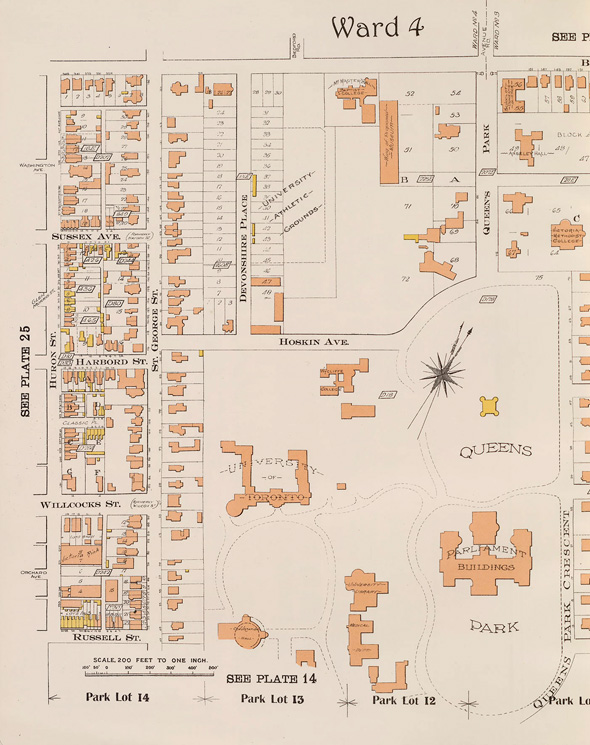 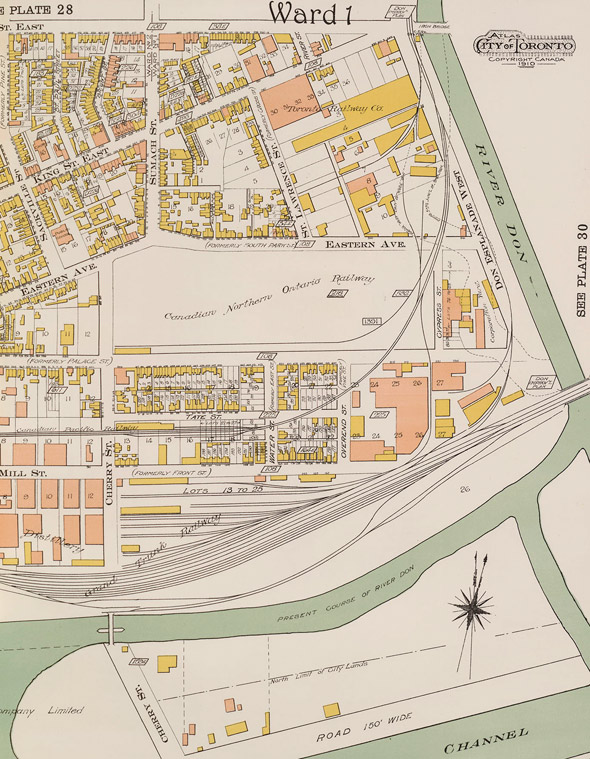 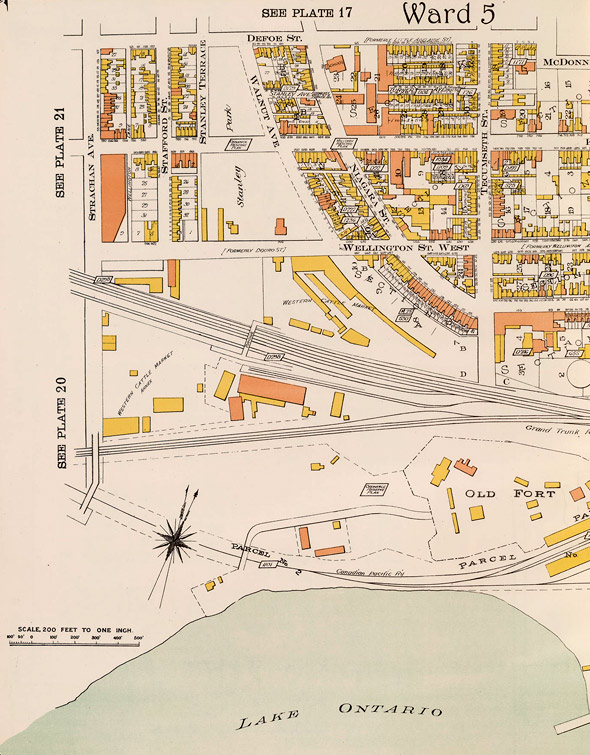 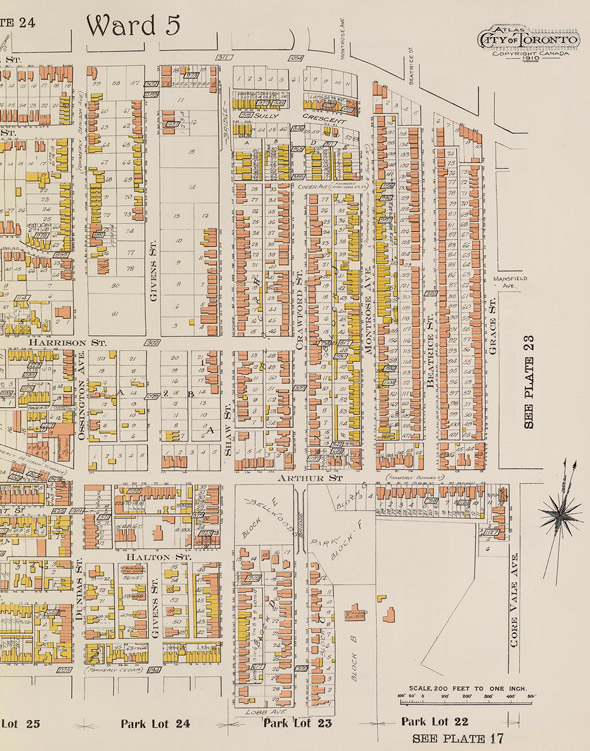 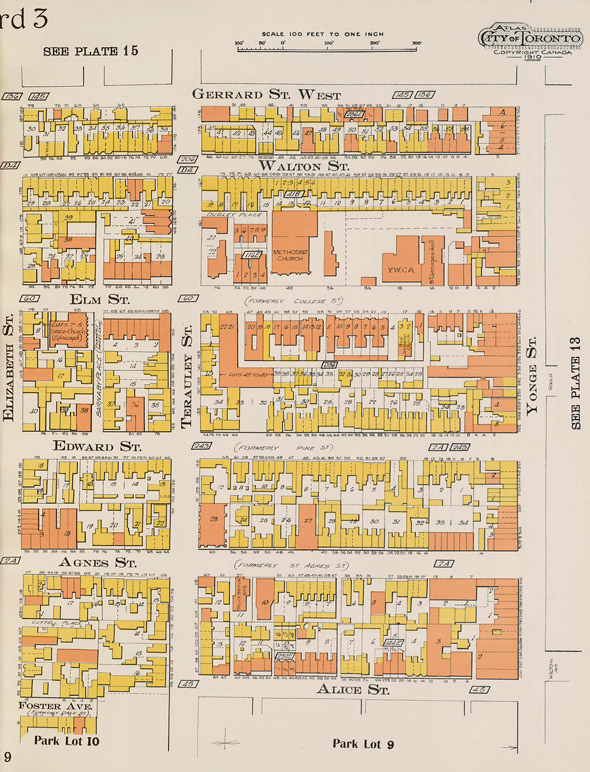 What is now Christie Pits 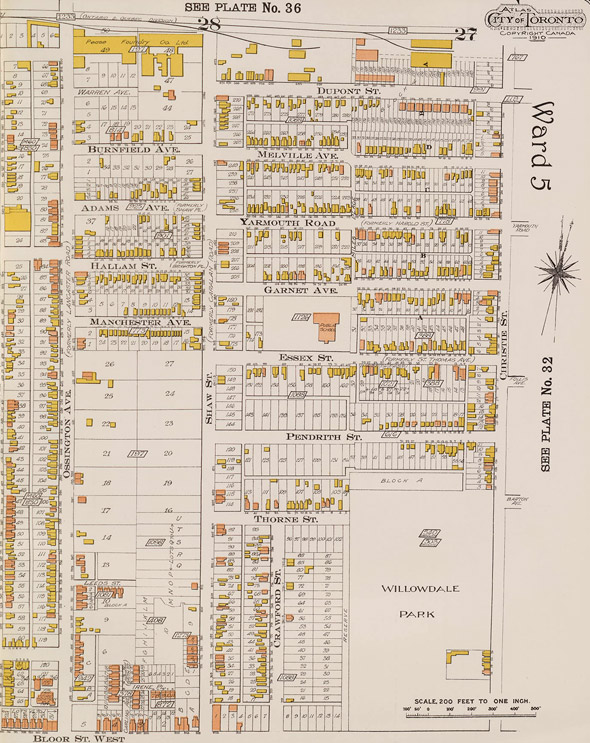 Around the Dufferin jog (which will finally be eliminated tomorrow) 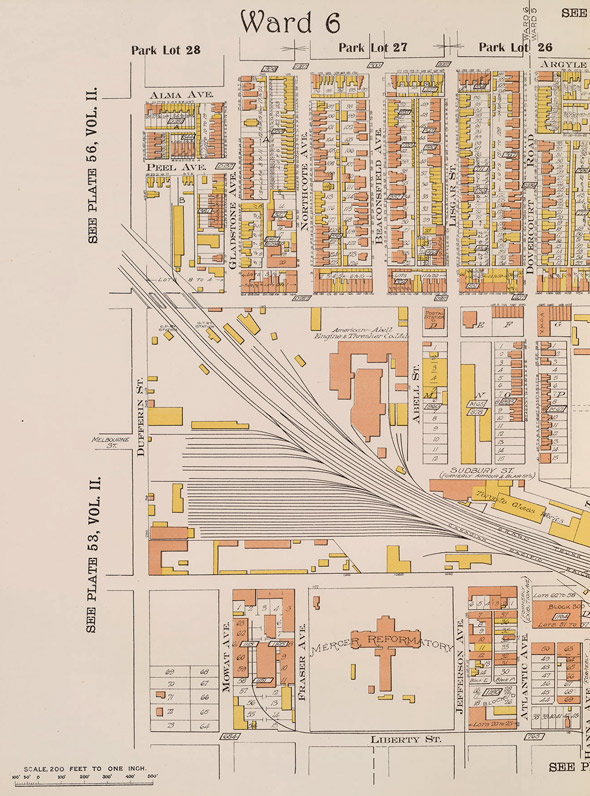 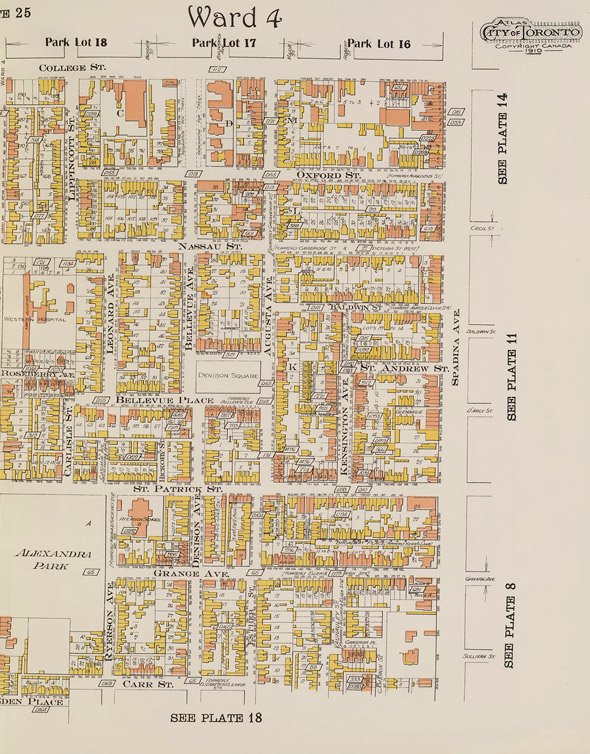