Another idea to revitalize the Gardiner Expressway

There's been no shortage of ideas about what to do with the Gardiner Expressway. Whether it be tearing it down and replacing it with tunnel or a widened Lake Shore Boulevard or its conversion into an elevated park reminiscent of New York's High Line, it's one of those pieces of infrastructure that continually sparks debate amongst architects, city planners, politicians and residents.

Although a Waterfront Toronto environmental assessment to evaluate the proposed removal of a portion of the expressway that runs between Jarvis Street and the DVP got underway in March of 2009, that hasn't put a stop to the novel alternatives that continue to be tossed around. 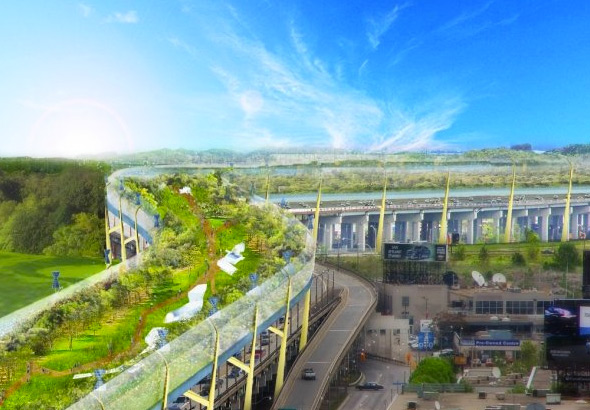 Last year, Les Klein's Green Ribbon plan (pictured above) to turn the expressway into an elevated park was cause for much discussion -- both positive and critical -- but another plan from around the same time has flown a bit under the radar. In an October 2009 article in The Bulletin, Michael Comstock, president of the Toronto Association of BIAs, wrote about architect Peter Michno's proposal to enclose the Gardiner in a glass dome. Without many renderings readily available online, however, it never garnered the attention that Klein's idea enjoyed.

But with an article about the proposal published in the Star today, that might be set to change. Unlike Klein's plan, Michno still envisions that expressway as a corridor for vehicular traffic. But his enclosed tube-like structure would, he suggests, have the following benefits:

While the architect doesn't have a specific estimate for the cost of his project, he thinks that road tolls would make sense as a funding source. I suspect that that alone might turn many off the project, but I have to admit it's all rather intriguing, if unlikely to go very far. It reminds me of a vehicular version of Chris Hardwicke's velo-city, which while spectacularly ambitious, represents a way of thinking that I've always thought Toronto could use more of. And besides, in that Michno's proposal still envisions the expressway as, well, an expressway, it's really more realistic than Klein's High Line-like plan.

Here's a look at some of the sketches. 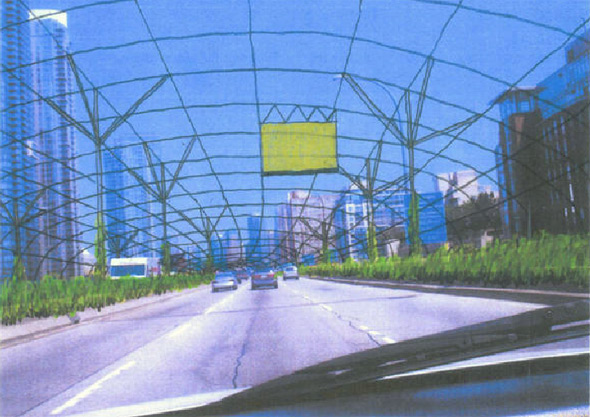 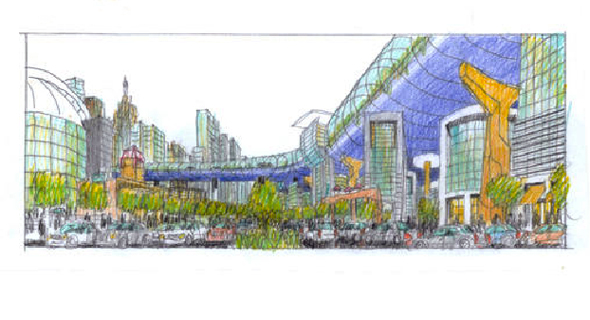 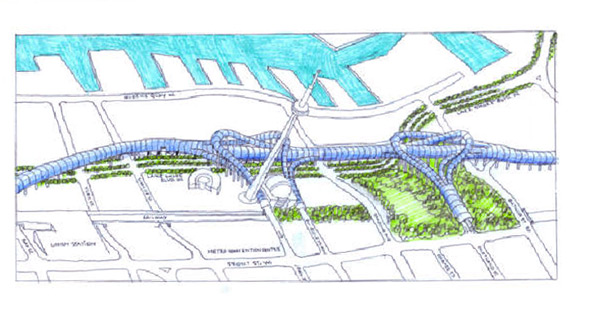