A walk along the CPR railway tracks north of Dupont

I've spent my fair share of time walking along the CPR railway tracks that cut across Summerhill and then run immediately north of Dupont before turning north at Lansdowne. Built in the late 19th century, the line is still active today -- but despite the fairly regularl presence of freight trains, this section of the railway has quietly become a popular place for photographers, graffiti artists, underage drinkers and, during the day, dog walkers.

The reason these tracks attract visitors is that they're easy to access (I entered through a park where the tracks aren't fenced off) and not particularly dangerous to navigate. Immediately south of the railway itself is a little dirt road that's sparingly used by CPR service vehicles, which allows those on foot (or bike) to avoid actually getting up on the tracks. This is a good thing, because the area along this stretch is really quite a nice place to explore.

Inspired by a recent re-look at Joel Sternfeld's Walking the High Line, one of my favourite photo books, I decided to head back to the CPR line to take some photographs, which I hadn't done in years. Having relatively limited time, I hitched up at Dovercourt and travelled east until just after Bathurst. Here are a few images from my walk. 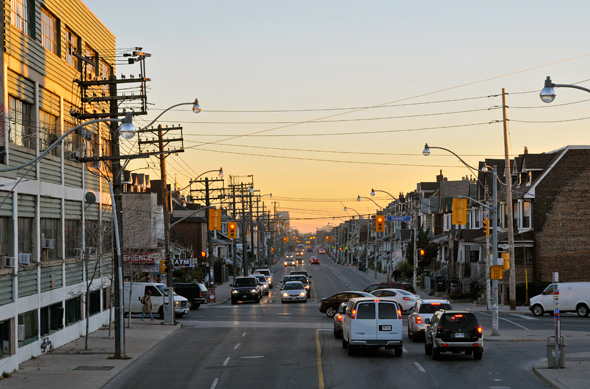 Perhaps as much as any subject matter around the tracks themselves, I like shooting here because of the numerous overpasses that allow for an elevated perspective on the streets that run north/south below. 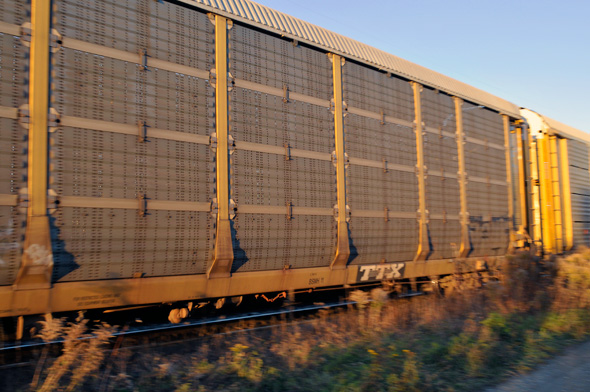 In the 40 or so minutes I spent on the line, two trains chugged by. Far from an annoyance, it's always a challenge to try to capture them in some novel way. 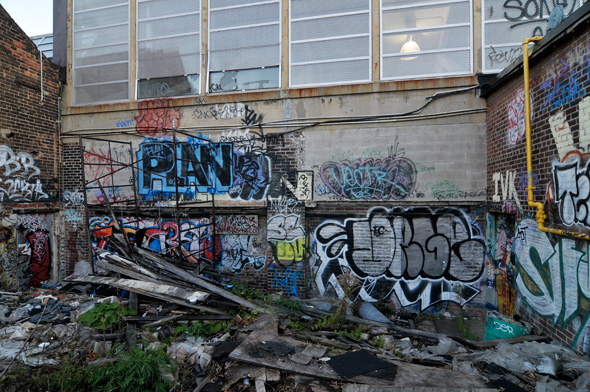 Along with the elevated vantage point to the streets below, this portion of the railway offers an intriguing glimpse at what remains of Dupont's industrial legacy. 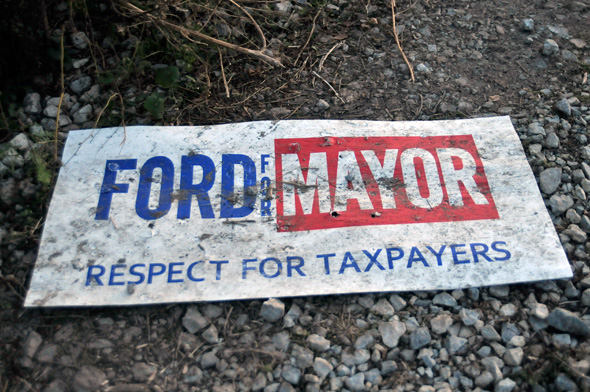 Along with bits clothing, beer cans, and other detritus, one never knows what he'll find discarded along the tracks. 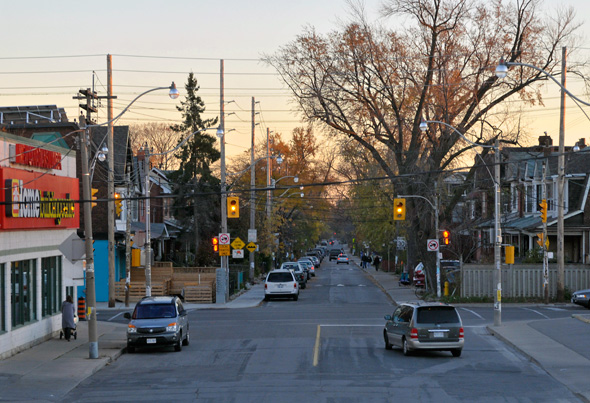 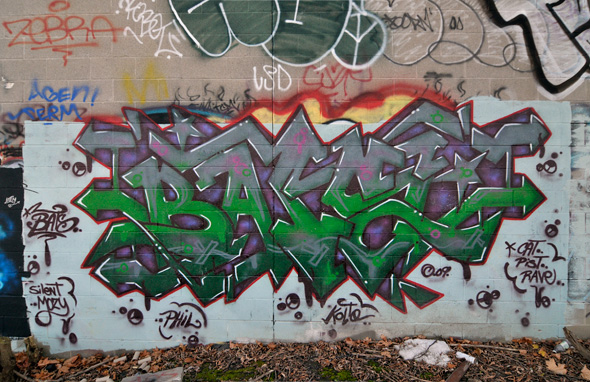 More graffiti, this time behind the strange loft at Dupont and Ossington. 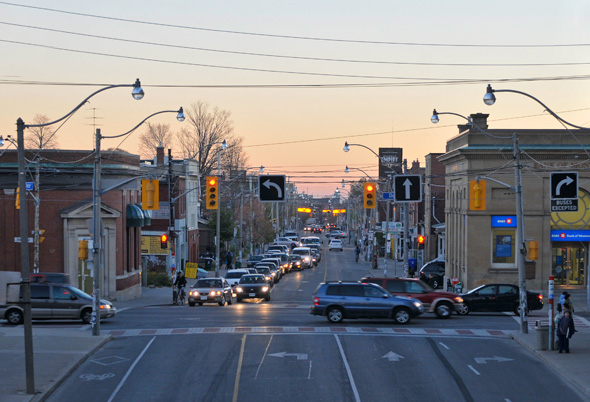 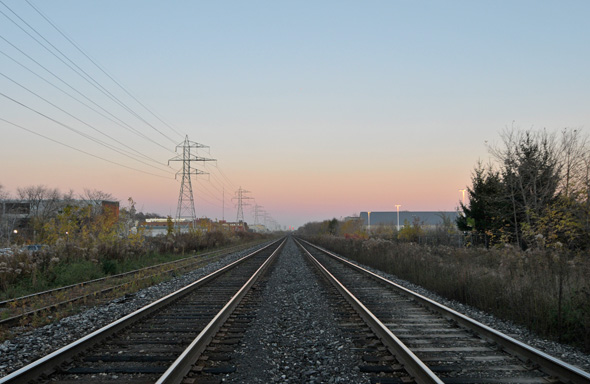 Looking east as the tracks head beyond Christie. 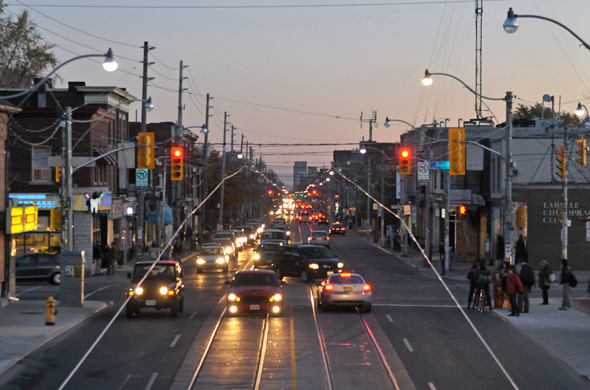 And the last look south -- I was livid that I hadn't brought my tripod along to capture a better version of Bathurst Street at dusk. Oh well, there's always next time.