A visual history of Yonge and Dundas

The intersection of Yonge and Dundas is probably one of the most fascinating to track over the years. Always a place bustling with activity, it was already adorned with prominent billboards back in the 1920s. My memories of the area start in the mid 80s when it was much seedier than it is today, but considerably more interesting. Although it lacked as many outlandish ads -- something which I have to admit I almost like, if only from a photographic standpoint -- there just seemed to be a greater vibrancy back then.

The contemporary iteration of Yonge and Dundas has had its fair share of detractors, but even as the area has been cleaned up and become more and more corporate, it manages to modestly live up its designation as "the heart of the city."

Here's a brief survey of its many faces over the years. 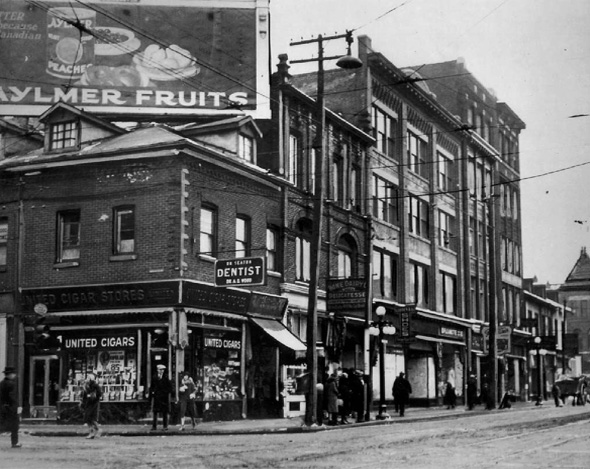 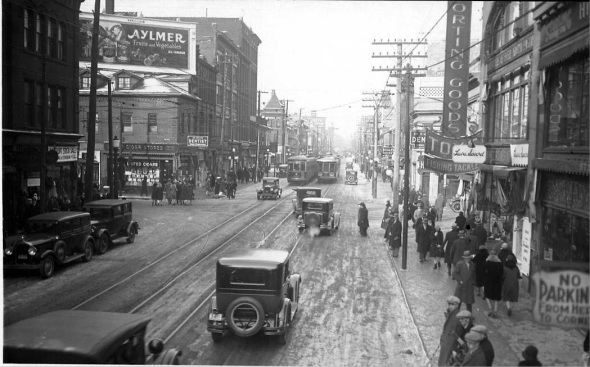 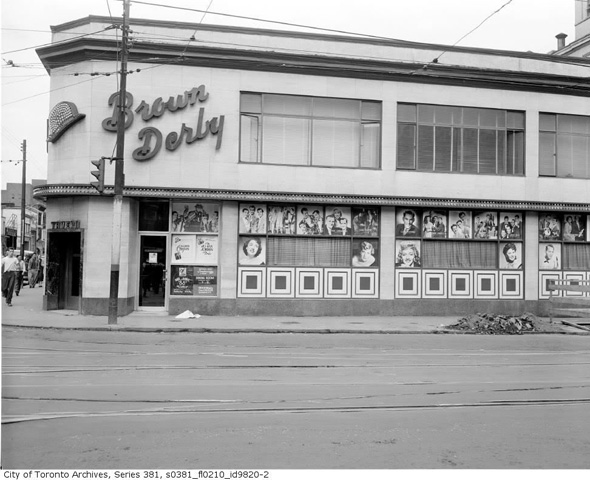 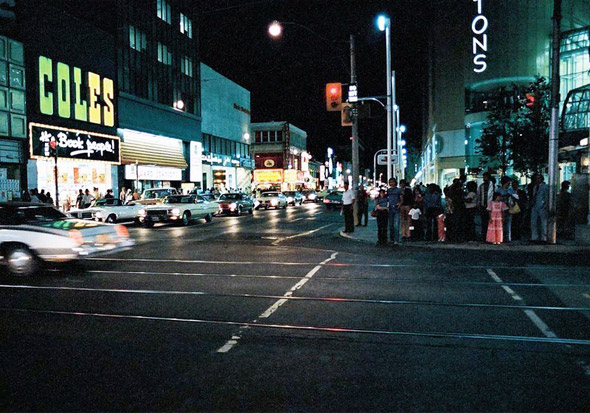 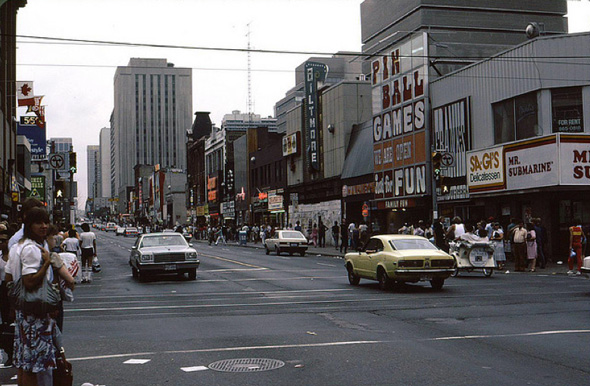 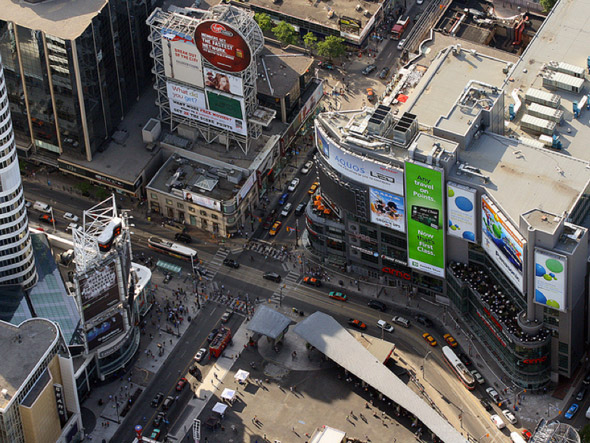 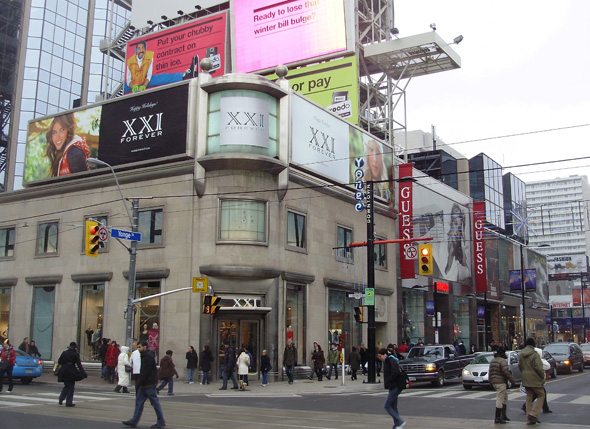 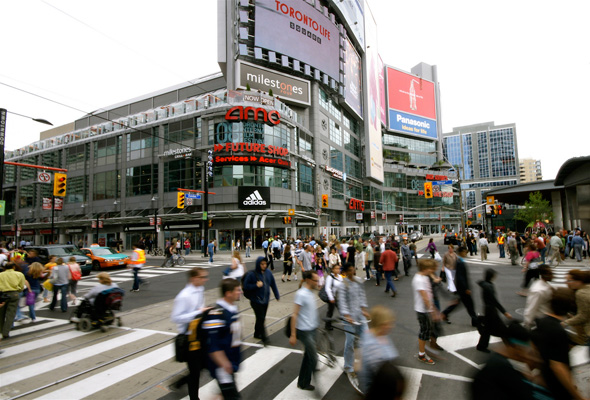 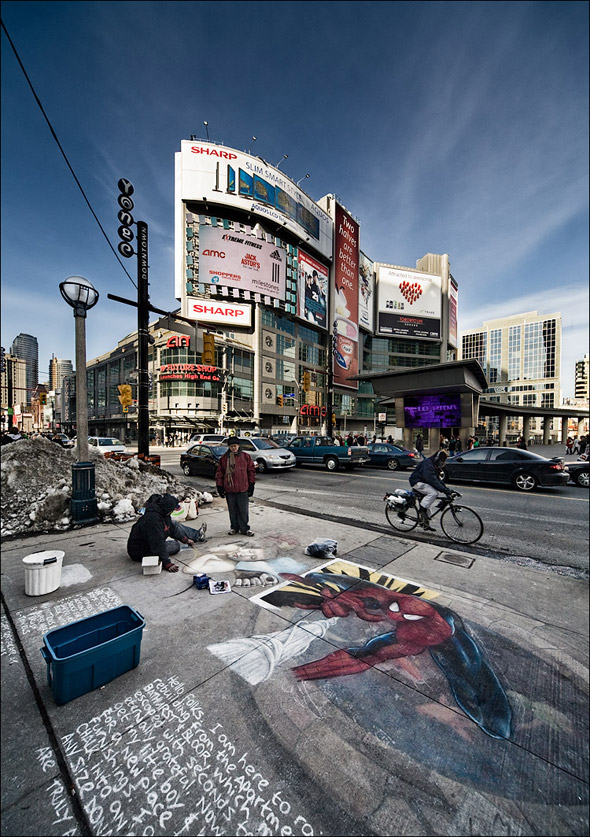 Do you have images of Yonge and Dundas over the years? I'd love to fill out the decades, so let me know in the comments.

Black and white historical photos from the Toronto Archives. Photo looking south in the 70s via Damon Schreiber, looking north in the 80s by visual guy, aerial image by Duke 360, scramble crossing by Roger Cullman and spiderman drawing by Sam Javanrouh.