A glimpse of the future of Remembrance Day in Toronto

This morning's ceremonies saw a landmark, which newspapers noted in chorus - it was the first Remembrance Day in over 90 years where no Canadian veteran of the First World War was alive to bear witness. Second World War veterans are also in ever shorter supply; the Globe & Mail pointed out that 1,700 are dying every month, and the day will come soon enough when they will be rare, then absent, from cenotaph ceremonies. 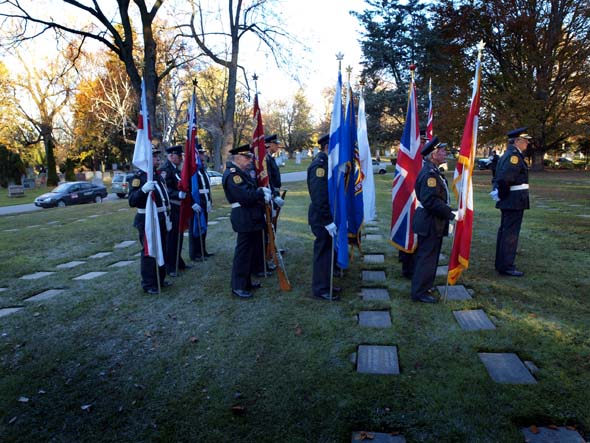 I had this in mind at Prospect Cemetery's dawn Remembrance, annually held at the Edward Luytens-designed memorial in the veteran's section of the cemetery just behind the back wall of my own garden. There was still frost on the grass at this intimate ceremony, held by Earlscourt Branch 65 of the Legion, and a tradition since 1928. 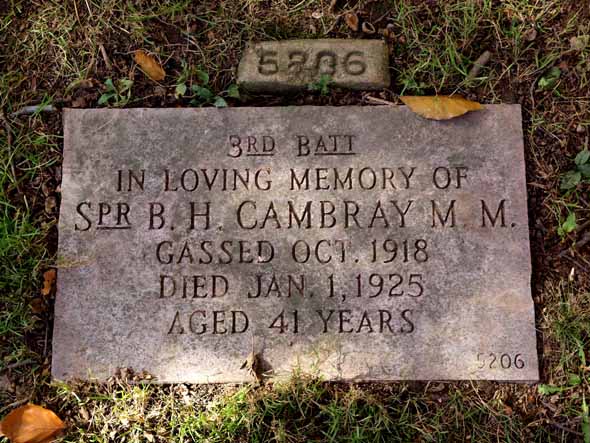 The veterans' graves at Prospect Cemetery run in rows leading up to the Luytens memorial, and tersely tell the stories of men who served before World War One, and of those who died from wounds received in the Great War. Scanning the rows of flush grave markers after the ceremony, you're reminded of the lingering trauma of that war, both on the survivors, and the society to which they returned. At Prospect Cemetery, the most moving moment comes from Dr. Norman Gunn, an RCAF veteran who tells the story of the brother-in-law he never met, who died in Italy, in the final week of the war, by a sniper's bullet. 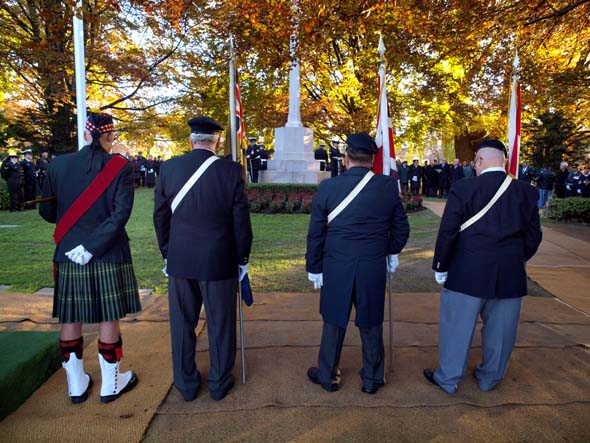 At Remembrance ceremonies when I was a boy, platoons of veterans would reconstitute themselves to march to cenotaphs. Today, they arrive in smaller groups, and often sit, while younger veterans of Korea and peacekeeping missions and Afghanistan do the marching, albeit in much tighter ranks. 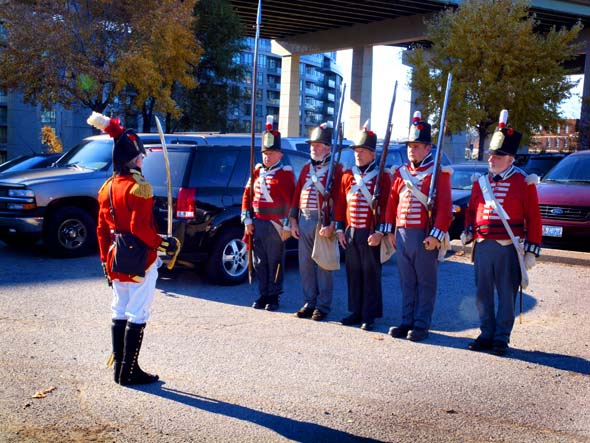 The ceremonies at Fort York later in the morning cast a wide net, commemorating Canadian war dead going back to the War of 1812, with a march from the fort to the old garrison cemetery to the west. There are costumed volunteers from the Fort at the rear of the parade, while two men in battle dress from the First and Second World Wars lead the way. 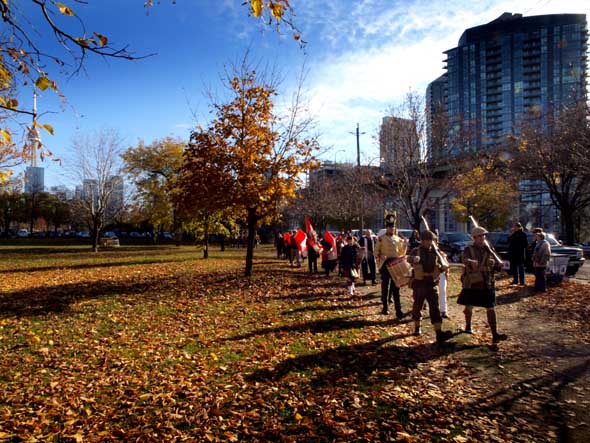 There's a major historical component to the Fort York ceremonies, so it's no surprise to see busloads of school kids in attendance. One class gathers around a group of WW2 veterans who jokingly chastise them to behave. I meet them later - four men from the same regiment, who come here every year. The weather was good today, one of them remarks, and adds happily that the turnout was good - much better than just a couple of years ago. 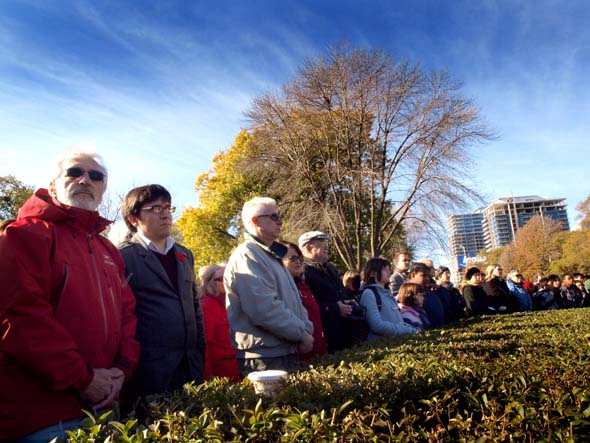 While the Remembrance ceremonies at Old City Hall are the major attraction - four yellow Harvard trainers buzz overhead at Fort York, on their way to a flypast by the Bay St. cenotaph - I can't help but suspect that ceremonies like Fort York's might be the future, as veterans of the two World Wars start to disappear, and more roles for soldiers and volunteers in historical uniforms become necessary to stand in for all those missing men and women. While smaller ceremonies like Prospect Cemetery's will linger as long as families gather to keep their memories alive, the future of Remembrance Day will likely show the gradual transformation of history into pageantry. 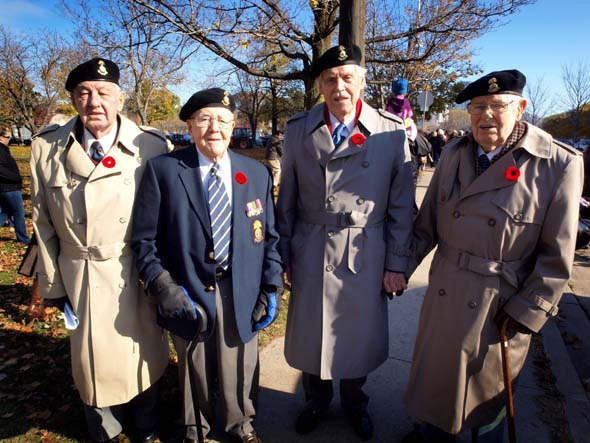