A failed attempt at becoming a blue box scavenger

One of the post ideas that I've been sitting on for quite a while is an unscientific investigation into how much money recycling bin scavengers can make in a day. I see these collectors at least a few times a week, and regularly think that what they do looks like a lot of work for what can't be a whole lot of money.

At one point I even tried to solicit/bribe this information by making a "donation" of around 15 wine bottles to the woman who goes through my bin most often, but we faced a language barrier and I suspect that she was being somewhat coy about her earnings. Or maybe she just thought I was crazy, who knows?

Having put it on the backburner, my curiosity recently spiked after coming across an entertaining article written by a couple of Brooklyn bloggers who actually did get out there and scavenge for a day. Unfortunately, however, it's tough to make direct comparisons on account of the different items that Ontario and New York State will redeem for cash. 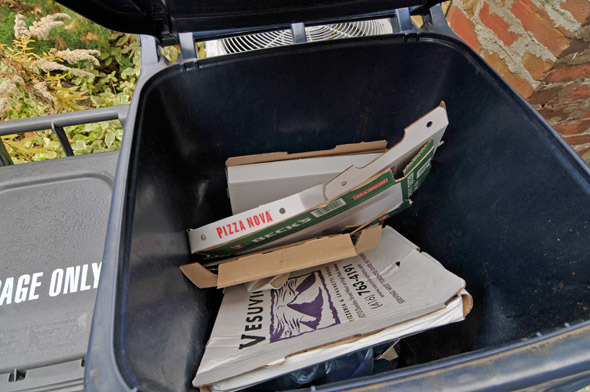 The biggest difference between the two systems is that water bottles and pop cans require a deposit (and can thus be redeemed for five cents) in New York State, which means that there is a hell of a lot more raw materials for scavengers to work with. Without a doubt, that makes up for the fact that wine bottles are not on the list of NY redeemables (unlike in Ontario).

So, I decided to spend a little time scavenging. Without the patience or the balls to spend more than an hour at this, my compromise was to do a run of my area (Christie Pits), from which I hoped to extrapolate more general figures. This was a nice theory, but actually a complete -- and somewhat embarrassing -- waste of time. In 45 minutes of searching, I found exactly four beer bottles and about 15 of pop cans. 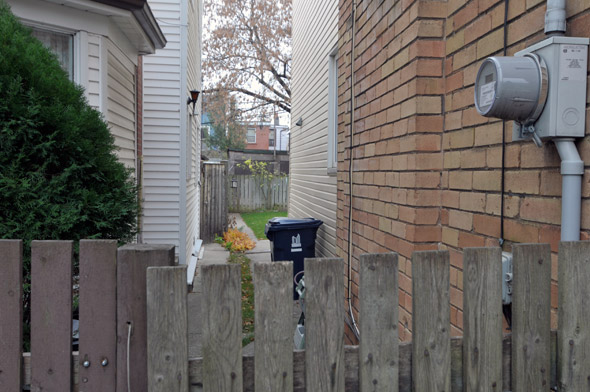 What I did encounter was recycling bin after recycling bin filled with cardboard, but not really any cans or bottles -- and certainly none that I could just take to the Beer Store for my 10 to 20 cents (full list of Ontario deposit return amounts here). Moreover, so many of the bins were located behind gates or underneath windows, and often I just wasn't brave enough to poke around. In fairness to my ego, the whole thing is illegal anyway. But perhaps timing also played an role -- I went at the exact middle point between pick ups -- but given the frequency with which I see the experts, I didn't think this would be a so-called dealbreaker.

Despite the fact that a Toronto-based recycling scavenger can't return pop cans to collect back a deposit, there are scrap metal collectors that will pay a very modest sum for these (the price varies according to market factors, but are generally around $2000 a tonne). But, I didn't even really spot enough of these to make it worthwhile -- if my math is correct, my 15 cans would be worth less than 50 cents. 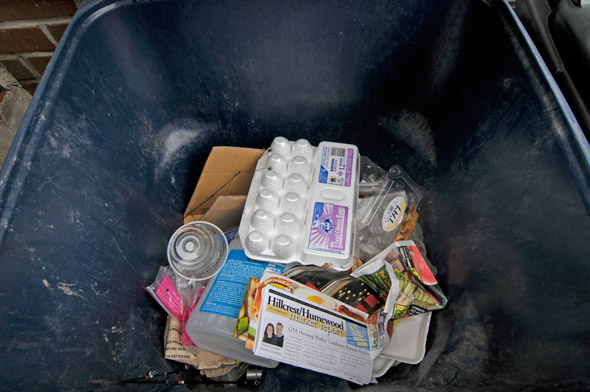 The best indication of what a Toronto-based scavenger can make that I'd gotten prior to my own little hunt, was based on a few visits to the Beer Store during the Monday rush on returns. Although I'm not sure where they find them, the most I've seen a scavenger carrying around in bags and carts -- and, to be clear, I generally take the use of such carrying returns in this way to be evidence of scavenging -- is what I would estimate at 100 cans and maybe 25 wine bottles. As for aluminum pop cans, the scavengers in my area never seem to have more than 35-50 of these when I cross their path.

In light of the fact that I'm an abject failure at scavenging, my hope is that someone out there might be able to offer a little insight into the matter. It's not, of course, really all that important, but now that I've invested a little time into it, I'm more interested than ever as to how anything more than pocket change can be made at this enterprise, if indeed it can. 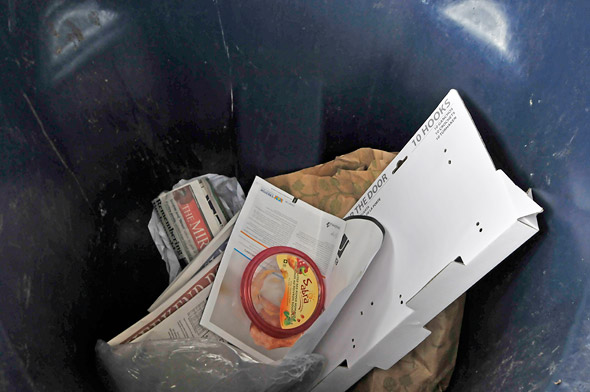