The Toronto of the past and present (and past again)

It's no secret that I have a thing for historical photographs of Toronto. So when I was selecting our photo of the day this morning, I was intrigued to see that blogTO Flickr pool member, squirrel brand (a.k.a Erik Mauer) had recently uploaded a number of additions to his series of then and now photos. So intrigued, in fact, that merely selecting one was too difficult a task, and I choose a different photo (which is also pretty darn good) for our daily feature.

Mauer's work on this series has already been 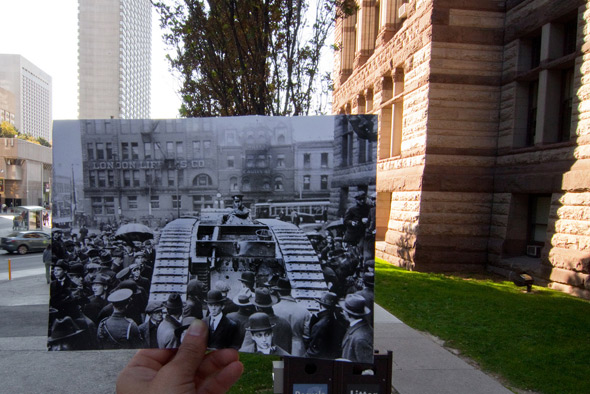 written about on Torontoist, so I won't rehash the back story, but I will share the new photos. It's really is amazing how well the images of the past align with the structures in the present. But perhaps what is most interesting of all is the degree to which these hybrid photos are themselves historical documents. Instead of a Photoshop merge, the combination at work is as much about the past as it is about revealing the present to be fleeting. This is something all photographs do, but this basic fact really takes centre stage here. One could, of course, take one of these photos and try to add a third (or really fourth) layer to the mix at some point in the future, but I suspect that even the very awareness of this possibility proves the point has been made. 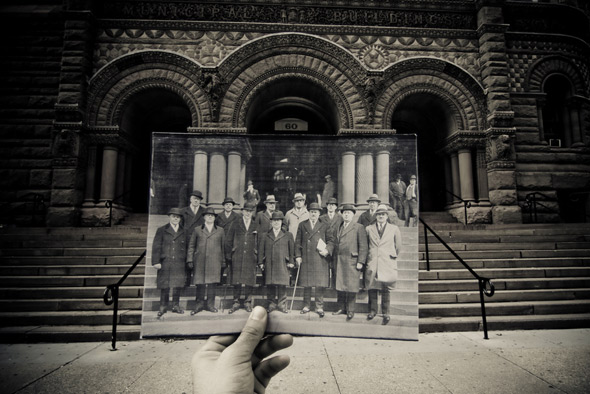 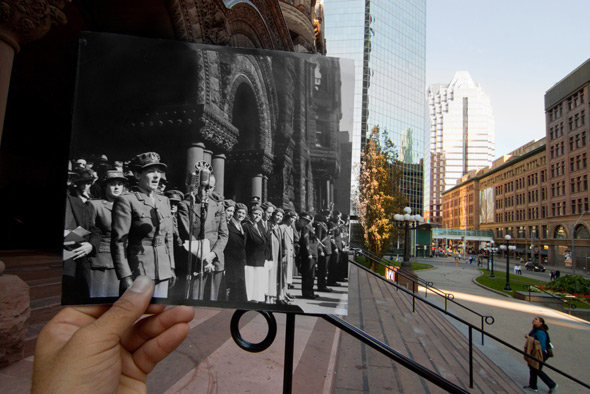 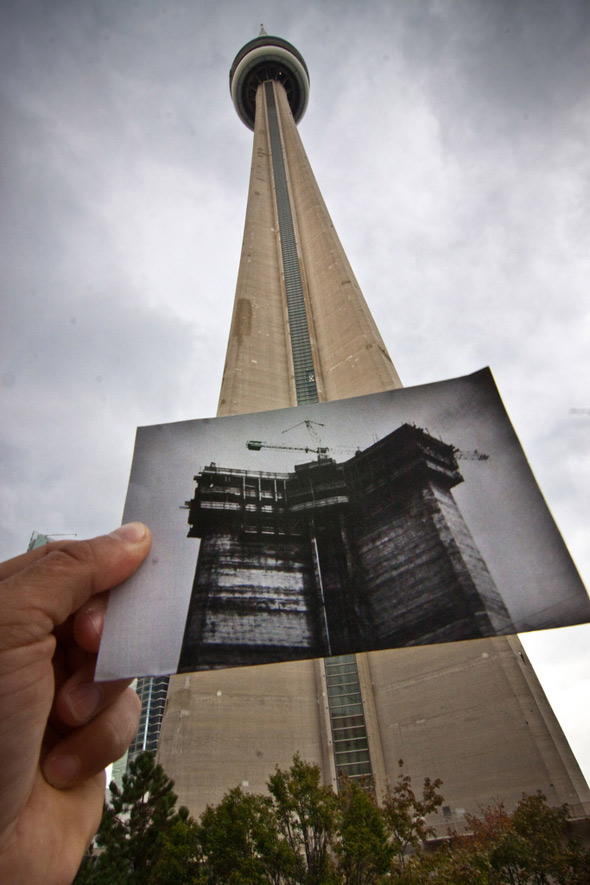 Emerging Back in Time 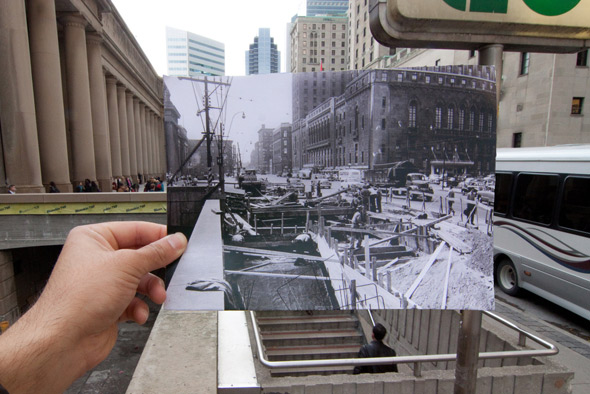 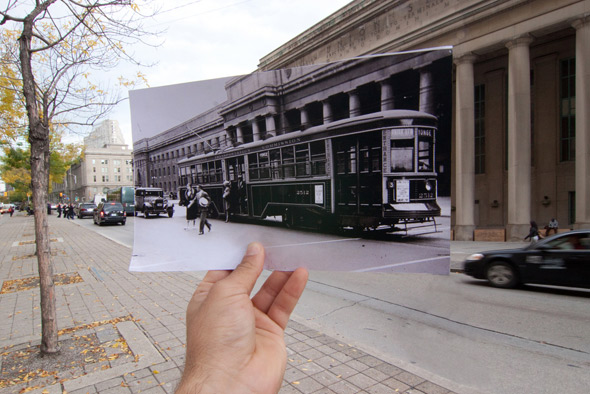 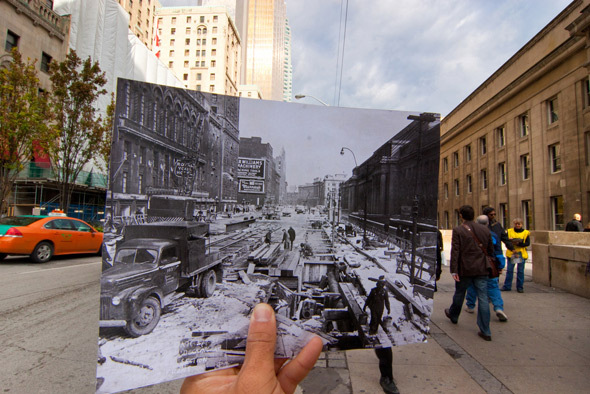 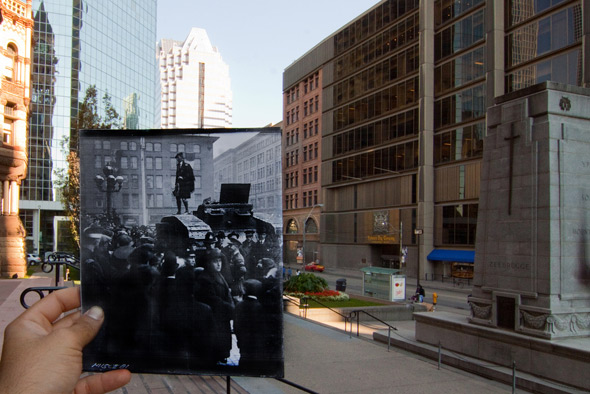