Earlier this week, the demolition of the Royal Canadian Military Institute's building on University Avenue began. The demolition will allow for the construction of yest another condo, the RCMI. But this demolition is unusual, at least in one respect: the building was listed as a heritage building, and since the renderings of the new condominium showed a facade of the old building incorporated into the new building's base, it seemed that at least the something of the original would be retained. This, however, is unfortunately not the case. 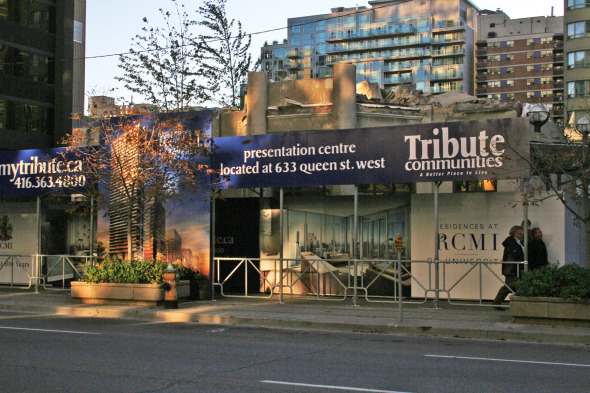 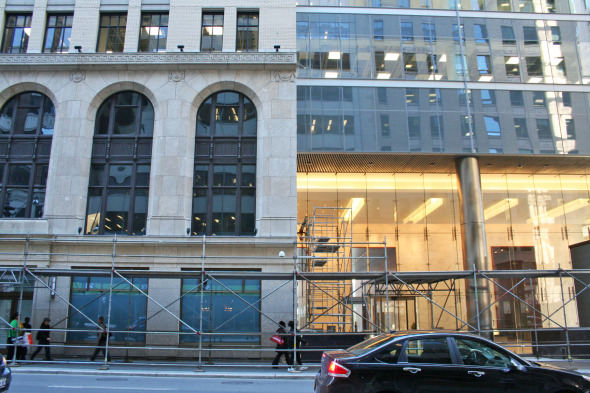 provides a reason for why the decision was made to tear down the entire building: the facade had been altered significantly in mid-century. It was felt that it would be better to "recreate" the historical facade and put it at the base of the new building, which heritage officials and Councillor Adam Vaughan supported.The practice of retaining or recreating historic facades is called facadism, and has been practiced in Toronto for several decades. Unlike cities which were large and dense in the nineteenth century like New York, London and Paris, most of Toronto's heritage is low-rise. This means that redevelopment to create larger spaces to match the city's growing population would normally require the complete demolition of the generally smaller heritage buildings. So facadism is a form of compromise. 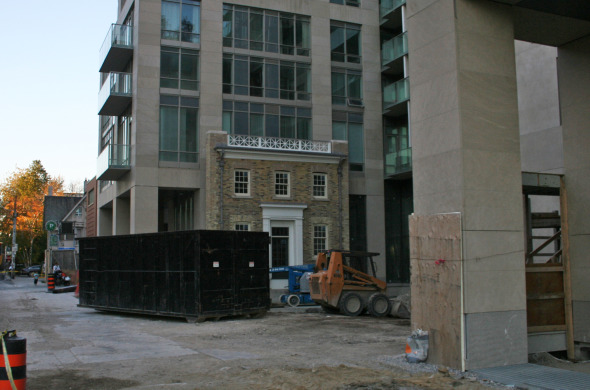 An example of this form of facadism is the John Lyle studio facade that is incorporated into One Bedford Avenue. 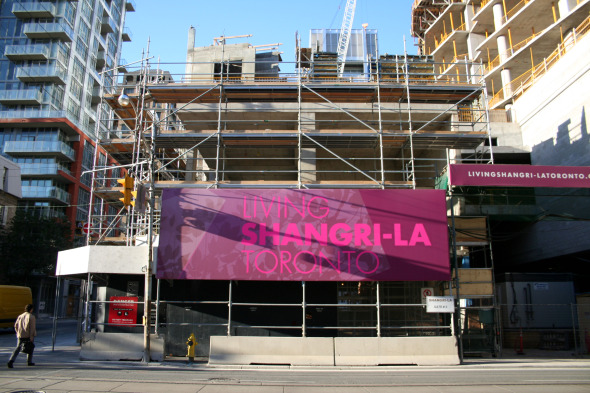 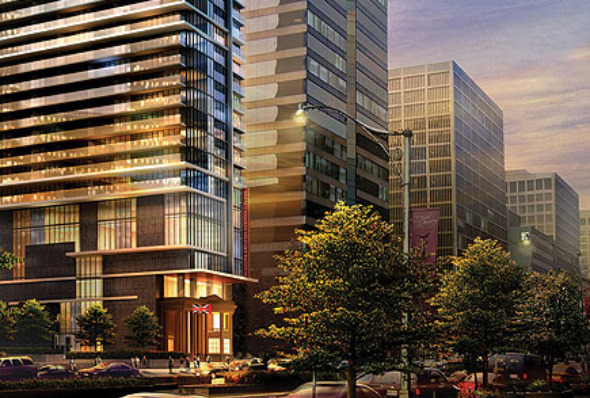 was an architect of many significant buildings in Toronto, including Union Station. Although some portion of the historic building has been retained, the resulting mixture of old and new does not seem very well incorporated, and it is uncertain how much historical context a layer of bricks at the base of a condo provides.Facadism is also taking place at the site of the new Shangri-La condominium. The Bishop's Block, one of the city's original Georgian townhomes, had its exterior carefully removed before demolition. The plan is to create a new concrete structure for the building and re-attach the historic cladding. In the Bishop Block's case, demolition of the existing structure was necessitated due to the extreme disrepair of the building - there was a hole in the roof that allowed water to leak in. This form of facadism is slightly better than the one being practised at the RCMI - at least the original bricks of the building are being retained, and the Bishop's Block will largely resemble what it did previous to its demolition.Hence the core issue with the RCMI redevelopment: how does a partial recreation of the former building constitute heritage? If the builder is going so far as to throw out every part of the physical building, shouldn't we simply accept the loss and move on?

All images by Matthew Harris, except the rendering of the RCMI condominium by Tribute Communities.