Rob Ford and his campaign team maintained a fake Twitter account throughout much of the latter part of the Toronto mayoral campaign, according to reports from Maclean's and the Globe and Mail. News broke earlier tonight when both publications -- followed shortly by Torontoist -- revealed that @QueensQuayKaren was actually a fabrication of Fraser Macdonald, the deputy communications director for the Ford team.

The account allegedly originated with the Dieter Doneit-Henderson scandal, when the Ford campaign team learned that the Toronto Star was sitting on a recording in which the now mayor-elect indicated that he would try to help the Fibromyalgia-afflicted man acquire OxyContin.

In fear that the Star would release the information, Nick Kouvalis, a key Ford campaign member, tasked Macdonald with getting a handle on the situation. According to Maclean's, "Kouvalis pulled aside Fraser Macdonald, the team's 24-year-old deputy communications director--whose prior political experience consisted largely of his involvement in a model parliament club at Queen's University--and told him to 'do everything you can to get that tape....' Macdonald responded by creating an online Twitter account under the pseudonym 'QueensQuayKaren' --a Smitherman supporter who in her online profile describes herself as a 'downtown Toronto gal who likes politics, my cat Mittens, and a good book.' Under that cover, Macdonald befriended Doneit-Henderson online; within two days, he'd convinced the man to provide him a copy of the recording."

Despite disagreement from Rob and Doug Ford, Kouvalis leaked the tape to a sympathetic journalist. Although not named in the Maclean's article, the writer in question is most likely the Toronto Sun's Sue-Ann Levy, who "broke" the Doneit-Henderson story.

It basically worked. What might have been a deal-breaker didn't seem to harm the Ford campaign (or at least not as much as one would have expected). But, rather interestingly, that wasn't the end of @QueensQuayKaren, who continued to tweet throughout the campaign, all the way up to October 22.

"Her" tweet history is a fascinating glimpse at ulterior motives and thinly veiled subterfuge, to say the least. A Smitherman supporter on the surface, there are numerous examples in which "her" true colours shine.

Below is a look at "her" most recent tweets (which were, until recently, still available online) and some initial reaction on Twitter. 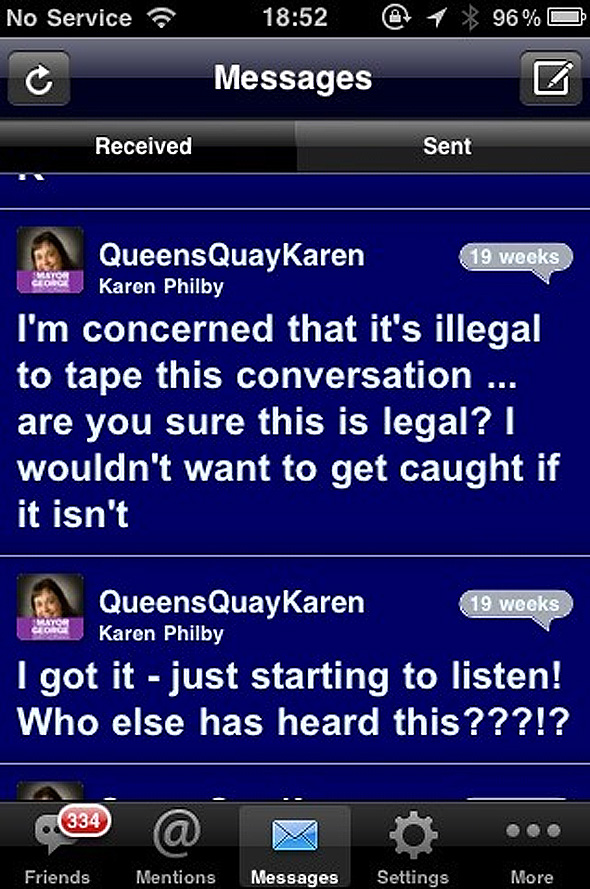 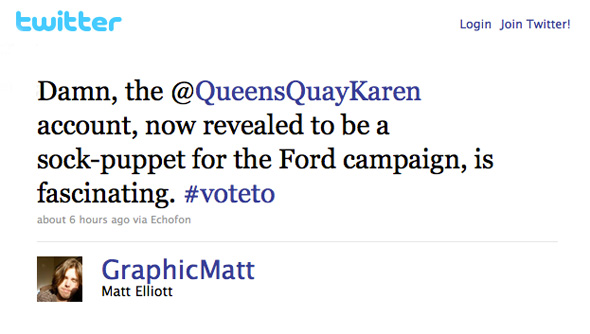 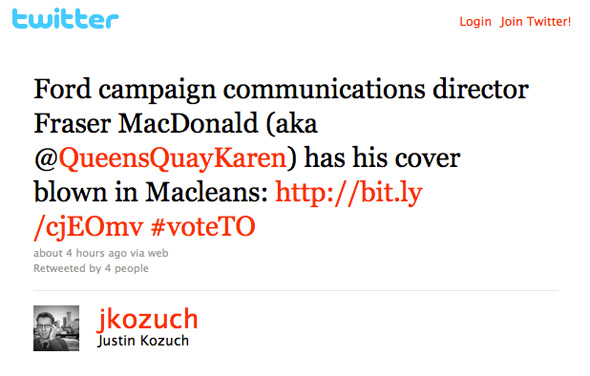 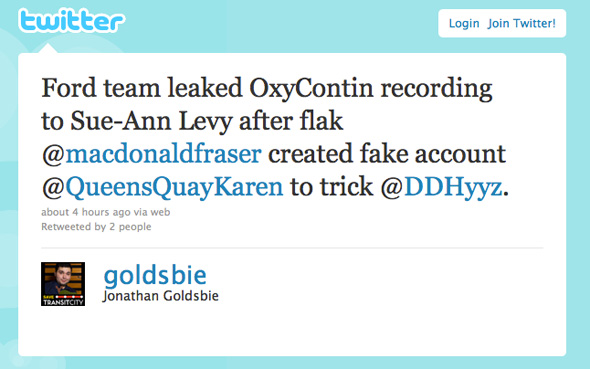 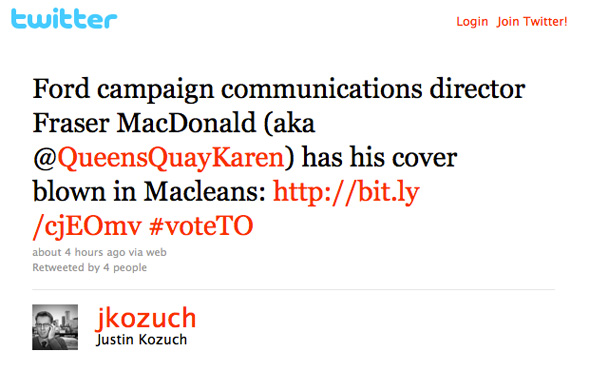