Should Toronto have a maximum building height restriction?

Historically, Toronto has had an uneasy relationship with tall buildings. In the 1970s, Mayor David Crombie helped establish a 40-foot height limit on new construction in Toronto. This restriction was eventually overturned by the Ontario Municipal Board (OMB), and in its place were put varying height restrictions for different areas of the city. Since then, height has been a point of contention for many people in Toronto: some people love the excitement of a vertical city; others feel excess height destroys the city's livability. Stirring up the current debate is a new report being considered by the planning department and City Council.

As they exist now, zoned height allowances are relatively low. But developers can apply for a zoning amendment to allow for greater height through a site-specific rezoning. Essentially all major developments in the city need to apply for this site-specific rezoning. Although this sounds restrictive, it allows the city and the developer to discuss the merits of the developer's application, and to consider what, based on the area's character, should be built. 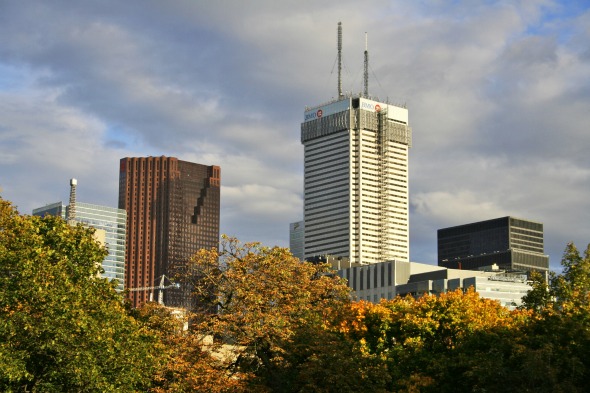 The major problem with this process is that, if the discussions fail, there is no way to limit what can be built. Although the city has general guidelines for what tall buildings should look like - there are very practical concerns about shade and wind that are determined based on a building's design - these are simply guidelines and not legislation. If a developer is unhappy with the city's decision regarding a building's design, it can make an appeal at the OMB. And the OMB, being a tribunal, requires legislation to back up its decisions. Because of this, the tall building guidelines can be ignored when the OMB makes its decision. 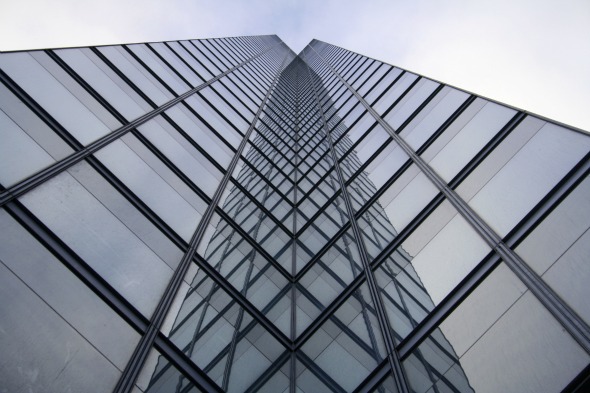 Tall Buildings Downtown Project aims to fix this. In a report being considered by the city, two types of heights are instituted for "high streets": "as of right" heights and maximum heights. The "as of right" heights are within the general height range for the existing streets and the maximum heights are the limit to which the developer can build. With maximum heights clearly established, the OMB will have less reason to disagree with the city's decision regarding zoning applications.The obvious issue with this solution is that it means that height restrictions are back for Toronto. Tall buildings can only be built along high streets - a full document describing the high streets can be found here - and the maximum heights are generally lower than many recent completed buildings (outside of the Central Business District, which has no height restrictions). For instance, the new Four Seasons Hotel and Private Residences being built in Yorkville would not have been allowed, nor would Aura, One Bloor, and many more towers being built or proposed. Marcus Gee remarked somewhat recently that Toronto is no longer afraid of heights, but it appears that he spoke too soon.

And this is the problem with maximum height allowances: they tend to be somewhat arbitrary. Although tall buildings can produce problems such as shading, privacy and wind concerns, none of these are substantially affected by a building changing in height from 200 metres to 167 metres. From a pedestrian perspective, there is not much to distinguish the height difference between First Canadian Place and a thirty-storey condo when the pedestrian is standing at their bases: they both just look tall. The CN Tower's shadow extends over portions of downtown during the day and no one really notices. 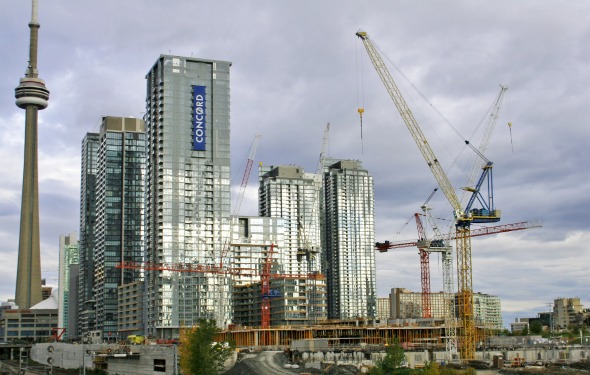 There are other issues. The Globe reported that Councillor Vaughan has problems with the report. He argues that the maximum height allowances are too precise, and do not allow for the wiggle room that produces sometimes substantial financial benefits to the city. It is common for the city to extract public sector benefits, like money for parks and public housing, from developers to allow for height concessions. Being precise could take away this effective tool.

City council is expected to consider this report - which, at this point, is just a report - early in 2011. But city planners are looking for feedback about it. You can see all of the details about the project here, and if you want to express your feelings about the report, email tallbuildings@toronto.ca.