This is how much it costs to advertise on the TTC

Over the past few years, you may have noticed TTC advertisements looking a little more bold than the ads of transit past: think buses covered in vinyl from top-to-bottom and ads on streetcar ceilings.

This go big or go home approach is the work of advertising giant Pattison Outdoor, who took over managing the TTC's vehicle and in-station ads in 2012.

Along with its subsidiary PATTISON Onestop, which handles the video content on all 436 of the TTC's TV screens, the company has made some pretty drastic changes to the transit's advertisement business model, including introducing subway station naming rights.

Rest assured that both the TTC and Pattison are making quite the pretty penny on transit advertisements and will continue to do so together until the end of 2023, as per their $324 million contract.

If you've ever wondered how much it costs to advertise on the TTC, I highly recommend reaching out to Pattison to inquire about specifics. In the meantime, here are some stats from Pattison's latest rate card. 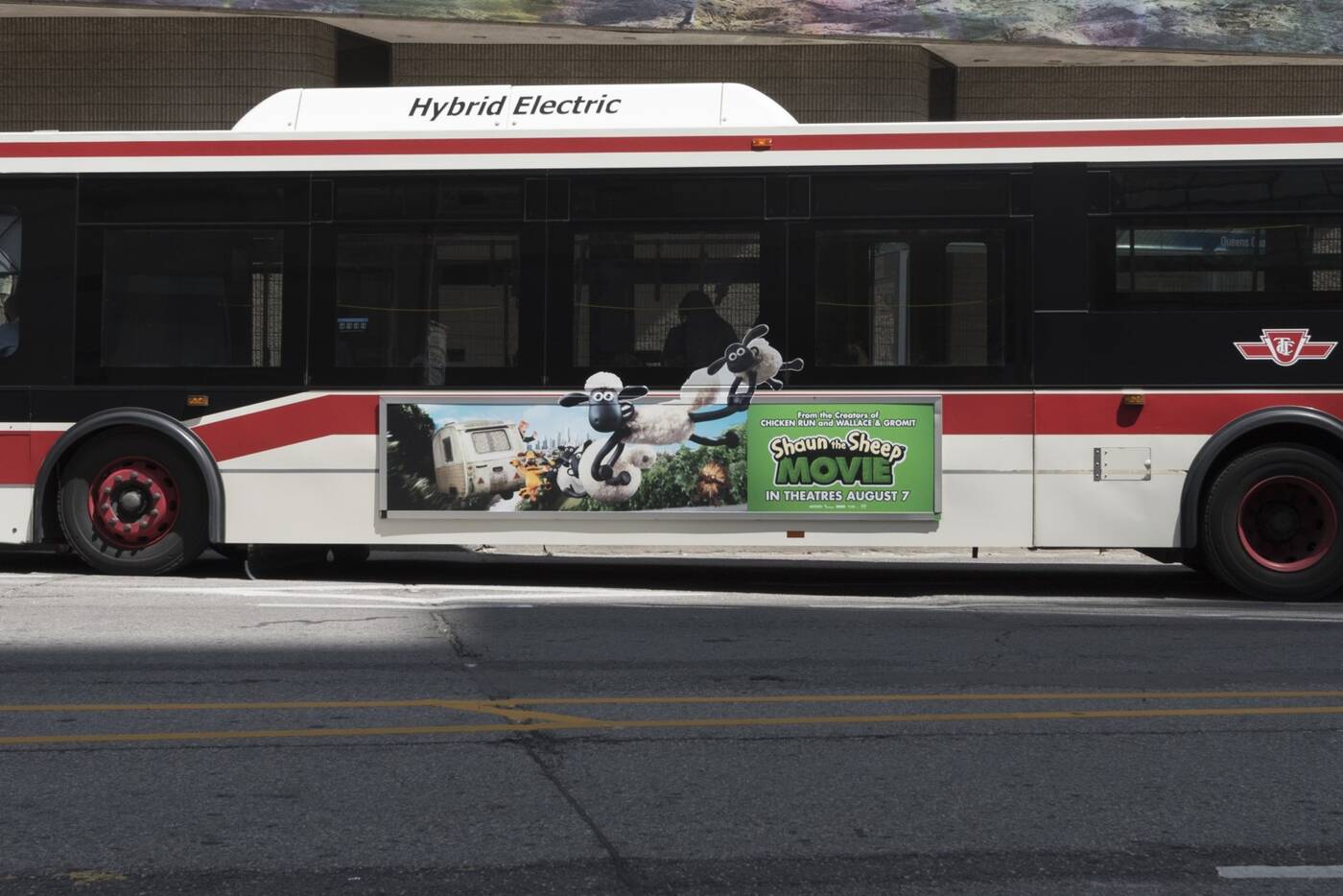 A king poster with a vinyl extension on a TTC bus. Photo by Pattison Outdoor.

Placed on both sides of outdoor transit vehicles, these eye-level posters come with the the option of vinyl extensions (as shown above) or with added headliners, which occupy the thin strip right above the windows. 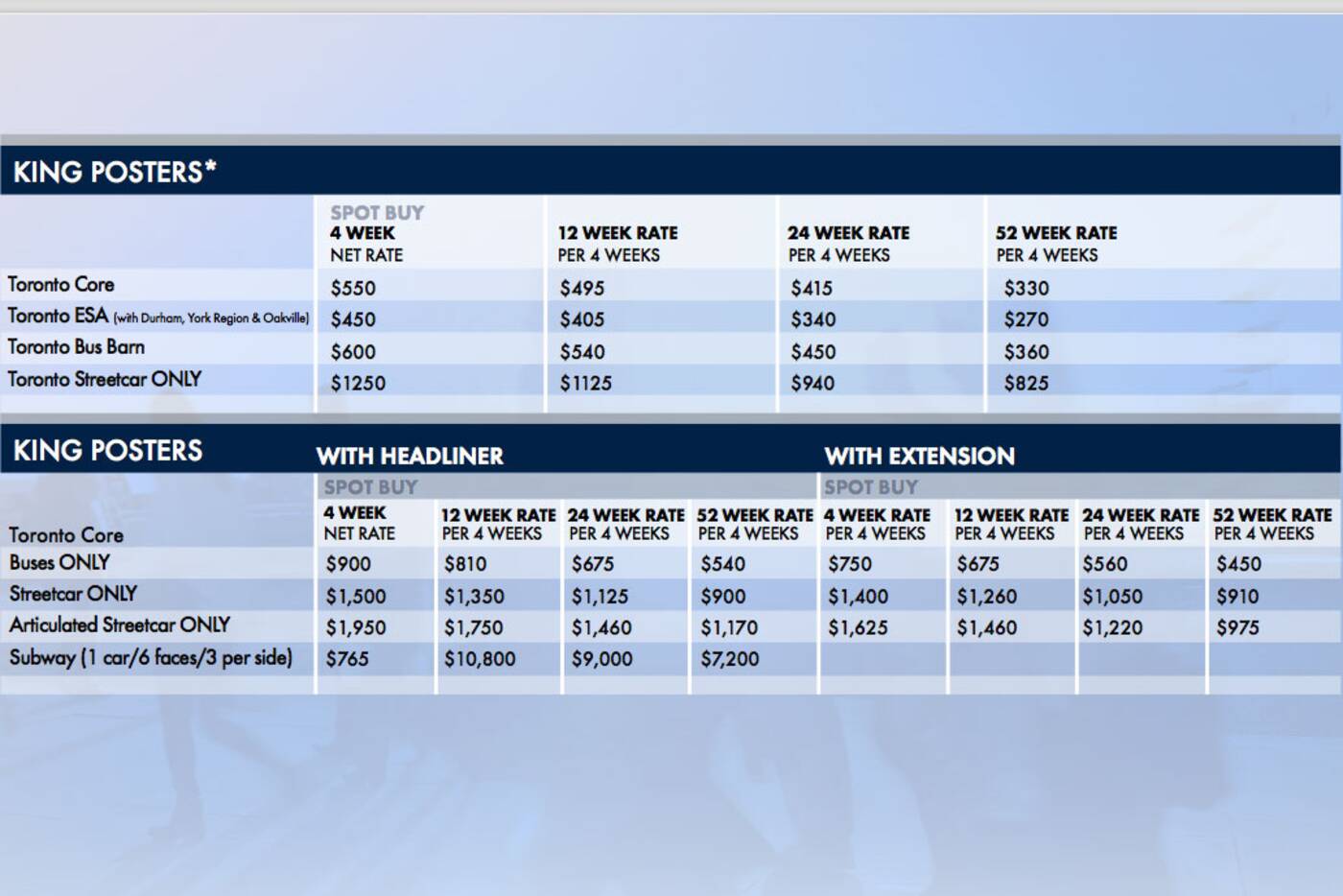 Rates for King Posters in the Toronto core. Image courtesy of Pattison Outdoor.

King posters come at different rates and can be purchased for four weeks, 12 weeks, 24 weeks, or 52 weeks. Surprisingly it doesn't seem expensive at all: a poster on the side of a streetcar will set you back $1,250 for a month. 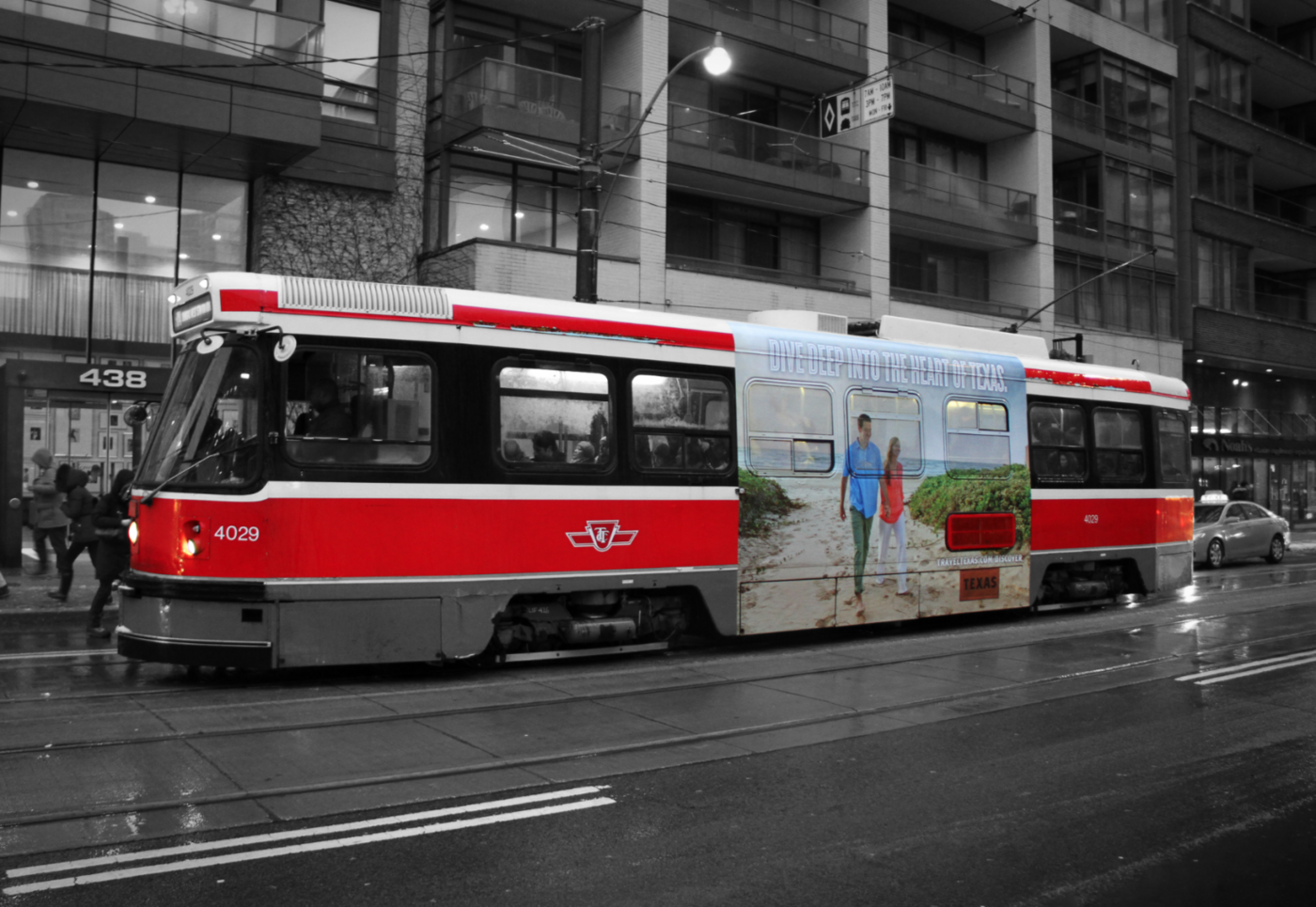 A mural on the side of a TTC streetcar. Photo by Pattison Outdoor.

Only available for the side of buses and streetcars, murals are available at three different rates and obviously require much longer commitments than other posters due to the fact they're so much work to apply. 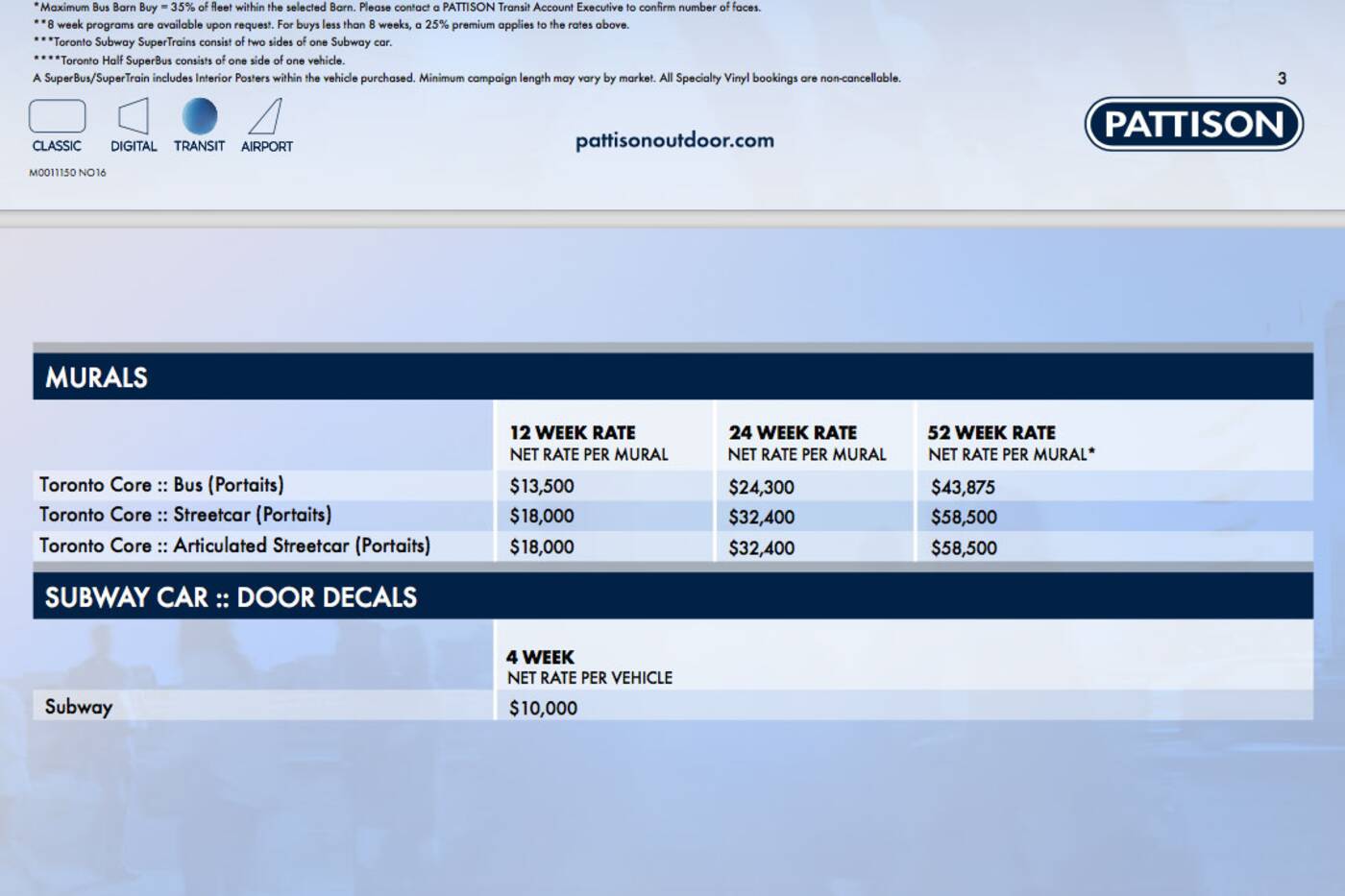 Vinyl decals are applied to subway doors to get the most impact as passengers enter the car. At just one rate, four weeks of ads will set companies back $10,000. 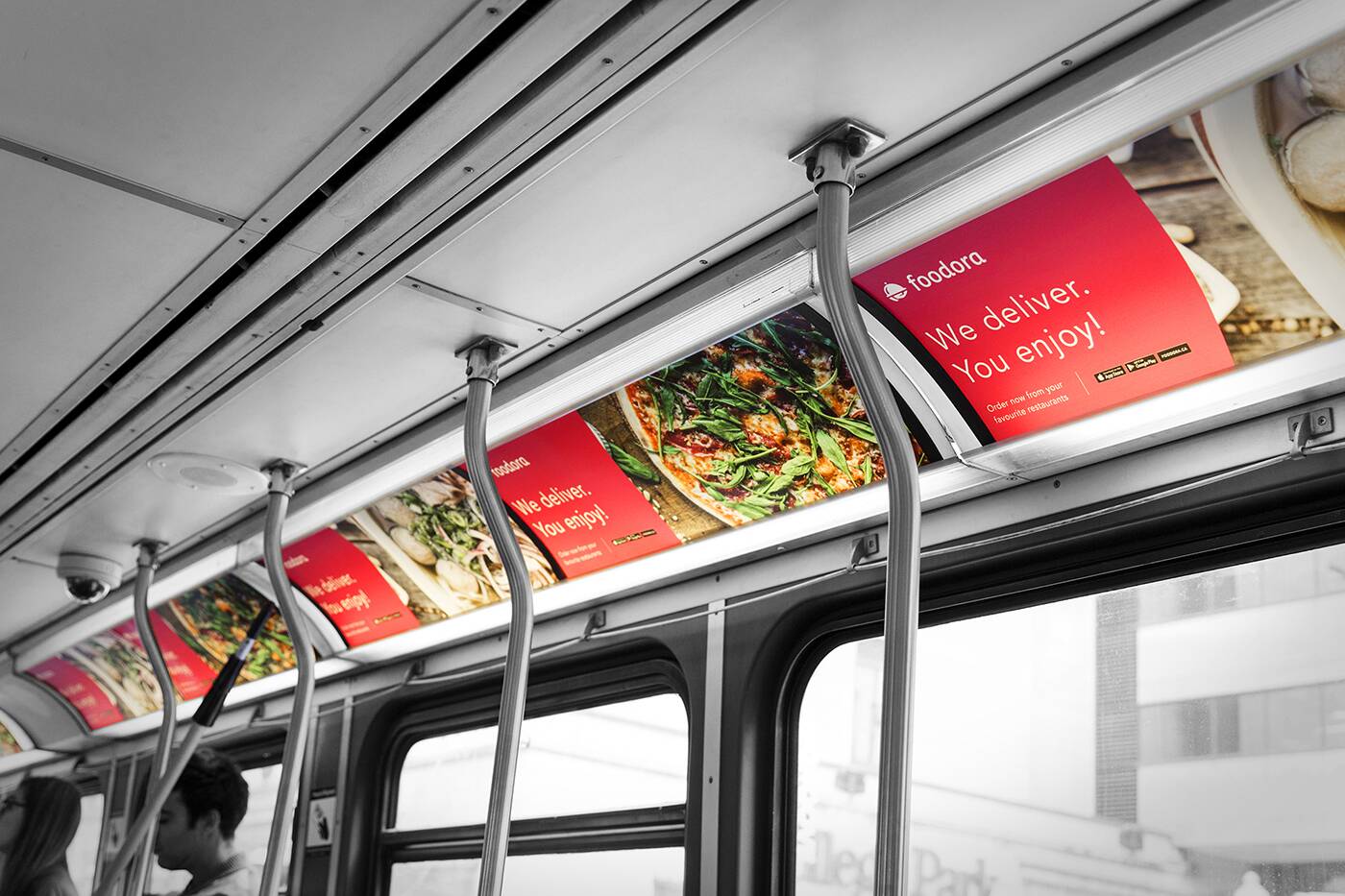 Perhaps the smallest but most effective of them all, these "high-frequency" ads come in two sizes, standard and super, the latter which are the same height as the former but 70 inches long instead of 35. 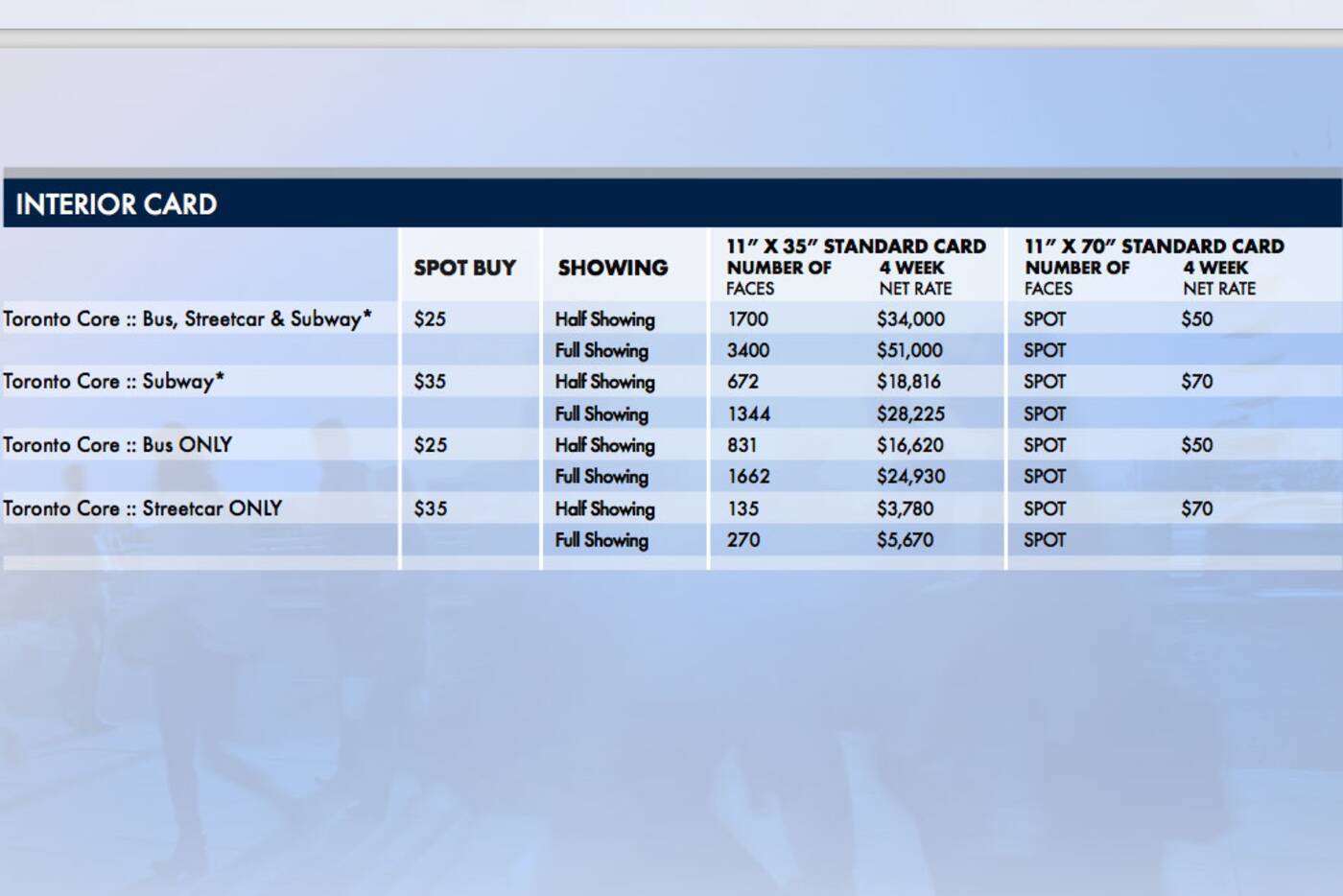 These posters are placed above the windows on buses and streetcars. On subways there's a limit of four. 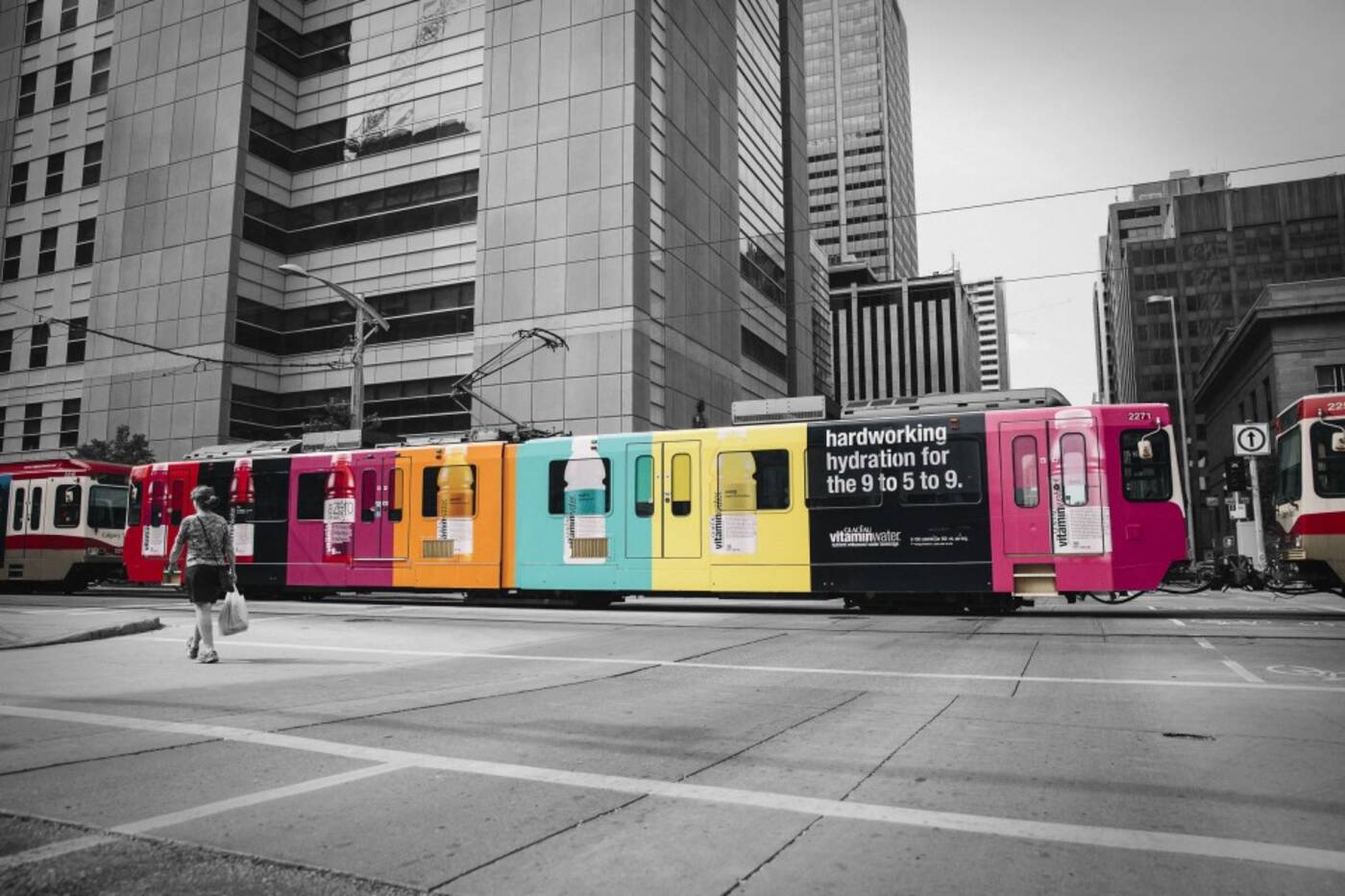 An articulated superbus with front to back and interior advertisement coverage. Photo by Pattison Outdoor.

These are the cash cows. These ads are the real deal. They cover transit vehicles on each side, in the back and on the roof, plus on all the interior cards of buses. 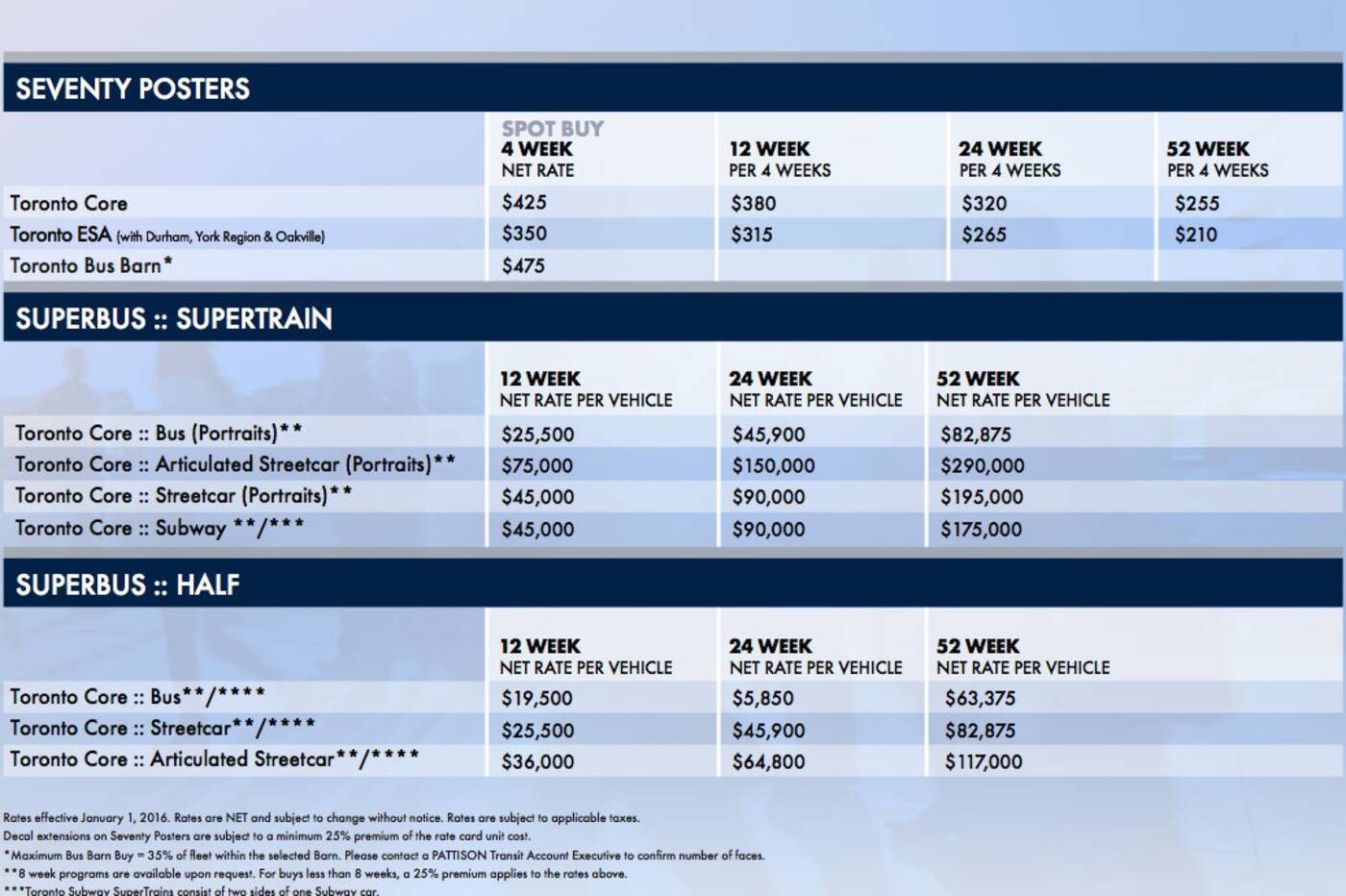 For either 12, 24, or 52 weeks, you can cover either an entire bus, streetcar or train, plus interior posters within the vehicle purchased. There are also 8 week programs, but anything less than that will require an added 25 percent premium.

Let's not forget one of the most oldschool ways of TTC advertising there is: seventy posters. Referring to the size of the poster rather than the quantity, these posters grace the backs of buses and are usually prime for local businesses like real estate agents and franchises.

According to the pricing above, a Seventy Poster on a bus in the Toronto core will cost $3,315 for a whole year. There are a few real estate agents whose names and faces are still engrained in my memory after years of driving behind buses, so the cost for these just might be worth it.