Toronto has finally got some bike boxes (well official ones, at least). Added to the City's official bike map in 2010, the intersection at St. George and Harbord is the first to receive the new infrastructure. I'm not sure exactly when they were painted, but they're certainly no more than a few days old. As I was riding by today, I decided to stop and observe how cyclists and drivers were taking to them.

For those unfamiliar with bike boxes, they basically enable cyclists to pull out in front of stopped traffic so as to make turns more safely. They're particularly effective when turning left, but by giving cyclists a head start (intersections with bike boxes also feature no-right-on-red signs), they also help to diminish the chance of a cyclist being swiped when turning right. 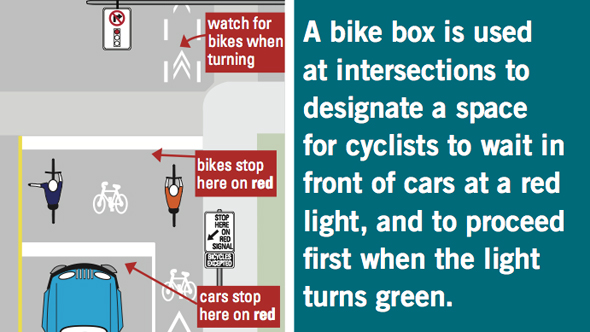 During the 20 or so minutes that I watched the intersection, I saw four cyclists use the boxes and about 15 cars ignore them altogether. Now, that's not really surprising considering that they're brand new and not many people have heard of them, much less seen them. What will be far more interesting is to see how well people catch on as they appear at more intersections. 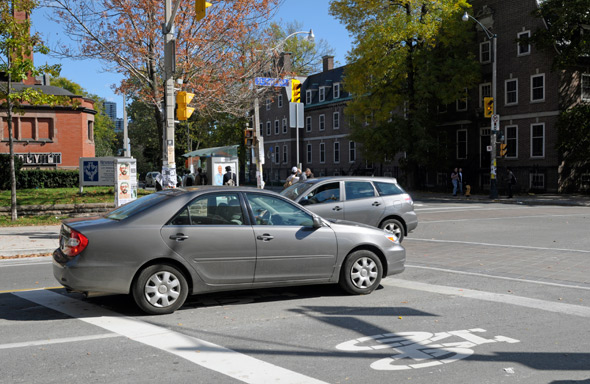 One of the interesting observations I made today -- anecdotal as it is -- was that a significant number of cyclists opted to use the pedestrian crossings to facilitate turning through the intersection. I would imagine that this is partly because many of them were just leaving Robarts and the surrounding buildings and had yet to get fully started on their rides. But, that's not really an ideal situation. Not only do the bikes clog up pedestrian traffic, but it's actually safer to use the boxes if you've already mounted your bike.

Cyclists might be a bit nervous the first time they try out a left hand turn in traffic, but by getting oneself visible, the endeavour is far safer. Just make sure to avoid oncoming traffic. Obviously! 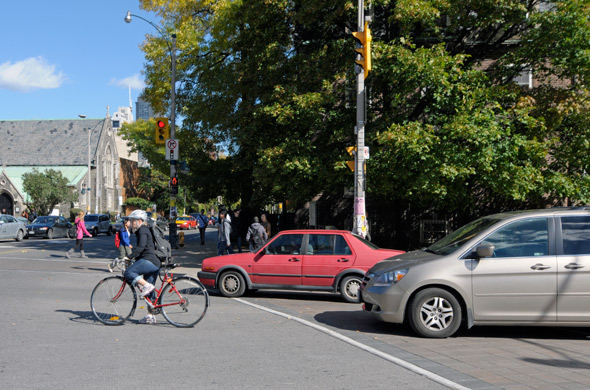 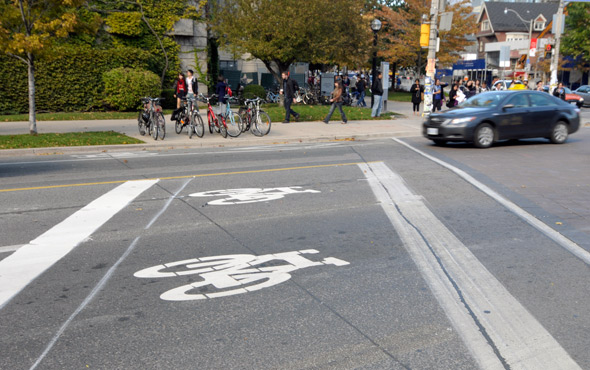