The spoofs of the mayoral candidates continue

I've had quite a few laughs perusing the spoofs of Rocco Rossi's tough guy ad campaign we solicited yesterday, but today I found something that might be even better. In response to our call to play with Rossi's posters, photographer and occasional blogTO guest contributor Hamish Grant dropped a gem in our Flickr pool. Still a jab at Rossi - particularly if you remember Nicky Santoro's fate at the end of Casino - it somewhat more democratically includes Rob Ford (a.k.a "Ace" Rothstein) and Sarah Thomson (the lovely Ginger).

This is quite the stretch, but the characters from the movie do kind of offer a humorous mirror to the candidates depicted, if not the relationships they share.

Too much? Maybe. But still, I like the poster - and given the current crop of candidates, I can see the next mayor's tenure ending in much the same fashion as the character's lives do...ruins.

Check out the full poster below. 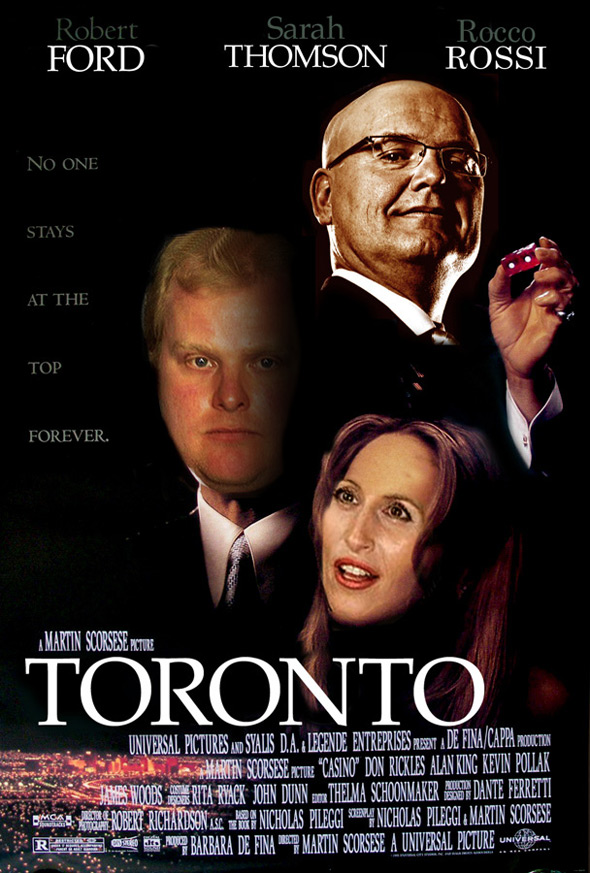