The origins of the Labour Day Parade in Toronto

Although it's not a widely known fact, Toronto played a central role in the founding of what has become a international holiday. Labour Day has humble roots in the activism of Toronto-area workers who sought fairer working conditions.

In the late 1860s and early 1870s, a labour movement began in Hamilton among printers who were petitioning their employer for a nine-hour workday. The Nine-Hour Movement spread to Toronto where it was taken up by the Toronto Printer's Union who demanded that their hours be reduced to nine a day, and 54 hours a week.

These demands were at the vanguard of the fight for shorter working hours. George Brown, owner of the Globe & Mail, and other print shop owners, denied the union's request and called the demands "absurd" and "unreasonable."

As a result, the printers went on strike on March 25, 1872. A few weeks later, workers in Toronto held a huge demonstration in support of the printers, and about 2,000 of them marched through the city, led by marching bands. The parade ended at Queen's Park, where the crowd had grown to roughly 10,000 people. 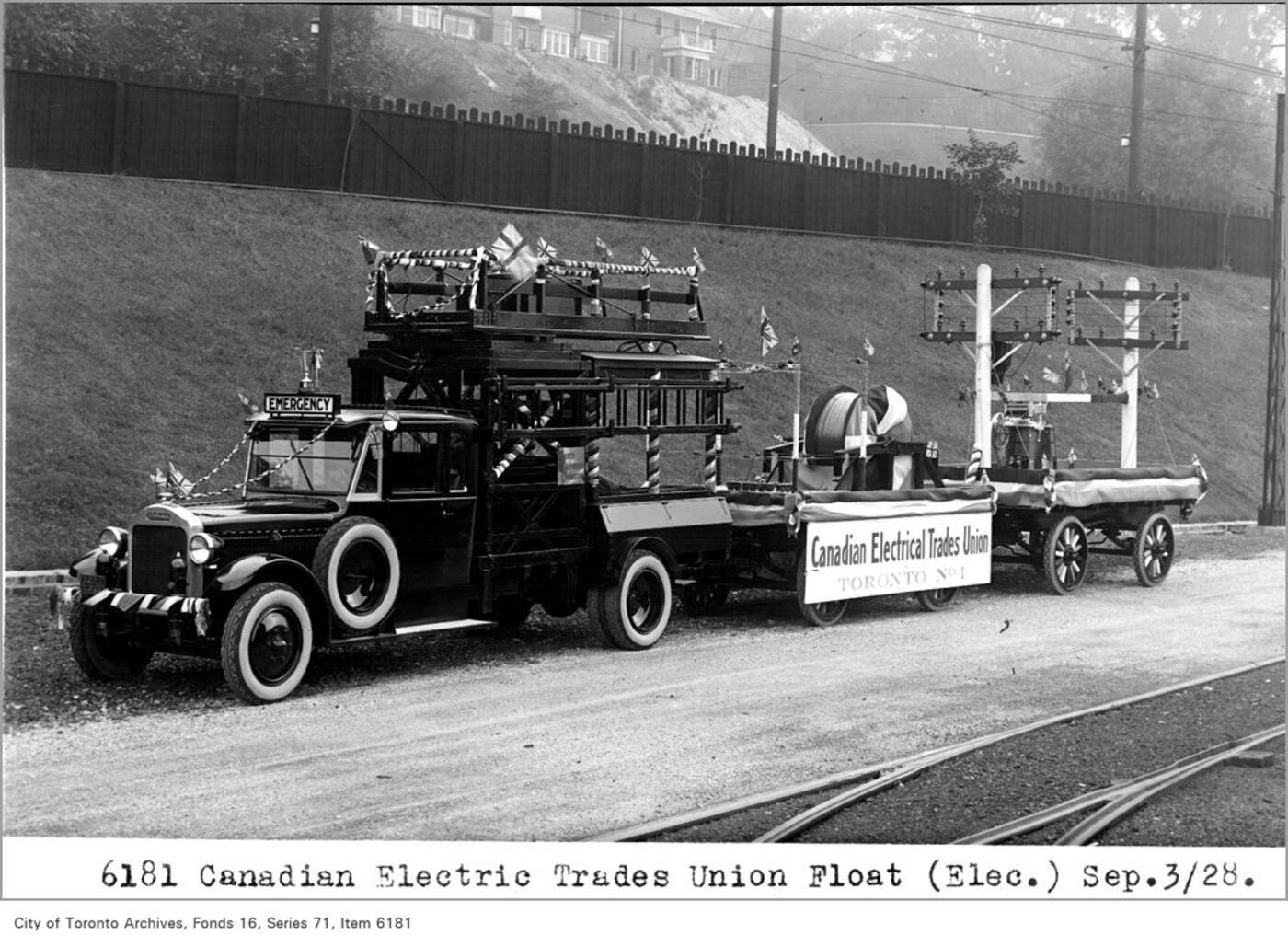 The Canadian Electric Trades Union Float from the 1928 parade. Photo via the Toronto Archives.

While the strike wasn't immediately successful, it did result in the passage of the Trade Unions Act, legalizing unions, and soon after, the creation of nine hour days and 54-hour work weeks in Canada.

The 1872 parade, and others held in support of the Nine-Hour Movement, also resulted in the establishment of annual celebrations of labour.

In fact, when American labour leader Peter McGuire visited Toronto in 1882 and witnessed a local labour festival, he was so inspired that upon returning to New York, he organized the first American Labour Day on September 5 that year.

Despite the parade's Toronto origins, our American neighbours seem to have forgotten who gave them the idea! 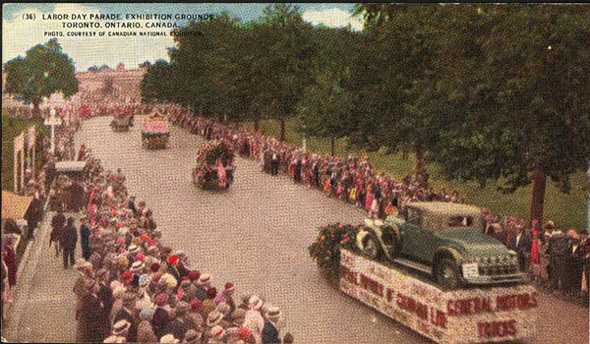 Postcard showing the Labour Day Parade's arrival at the CNE.

While workers had been celebrating and parading on that day for years, it wasn't until 1894 that the Canadian government declared Labour Day an official holiday.

Since then, Toronto has been home to a massive parade where workers march, celebrate gains made by the labour movement, and demand further improvements. Presently, the Toronto and York Region Labour Council organize the parade, and invite workers from across the city to march.

The parade begins at Queen and University, and, as is tradition, it ends up at the Ex where parade marchers get in for free.

Alison Norman is a Research Advisor in the Ministry of Indigenous Relations and Reconciliation in Toronto.