As per yesterday's post on the Super Harvest Moon that made an appearance in the evening sky last night, I've collected a few photos of the moonrise from blogTO Flickr pool members. Although it was tough to get a vantage point to take in the 360 degree effect of sunset/moonrise (much less photograph it), some good shots are trickling into our group.

Those who've played around with cameras will know that unless you're busting out some series focal length, you're not going to make the moon seem particularly large in your photos. In fact, it'll generally be significantly smaller than it appears to the eye if one is using a mid-range zoom lens. 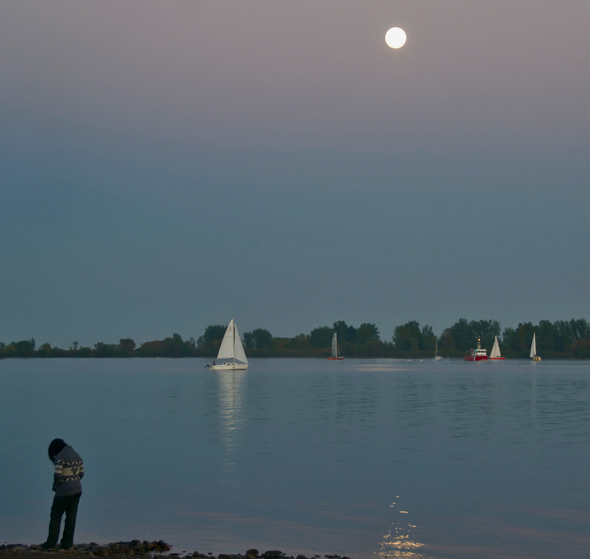 You'd think that'd diminish the allure of moon shoots - particularly those of a so-called Super Harvest Moon - but in the case of the first two photos here, I'd say that's not the case. The early moonrise is still communicated by the residual daylight in both shots, and the wider angle allows for some more creative composition. There's even a nice yellowy-orange hue to the great orb in the first one.

On the other hand, if it's big-ass moons that you want, the photo below is your classic black-background capture. 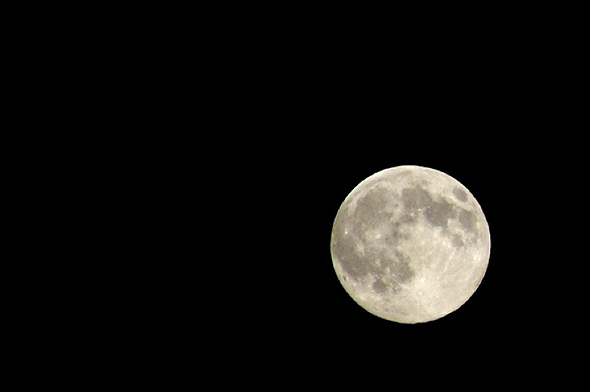 I'll update the post if more good ones come in throughout the day.