Edward James Lennox (1854-1933), was a prominent Toronto architect, who designed many of the city's landmarks in the late nineteenth century, many of which still stand today. As most of his work was set in the style of Richardsonian Romanesque, I believe that along with Kivas Tully, another famous architect, he played a leading role in further shaping late-Victorian Toronto as a Gothic city. 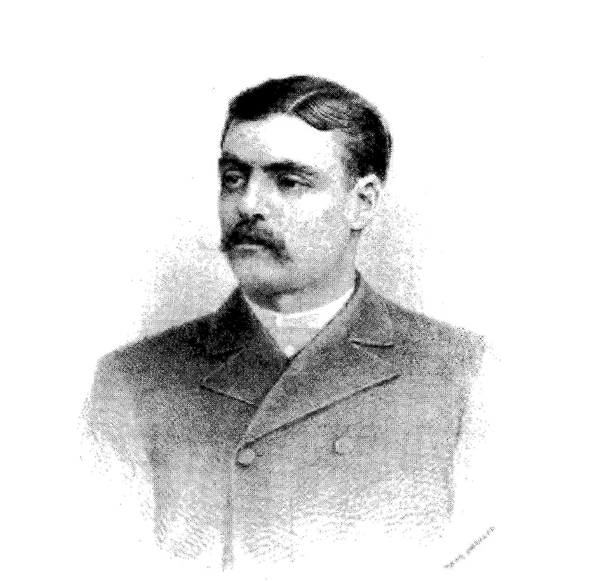 This distinctive style was first defined by Henry Hobson Richardson, an architect from Boston, who studied in Paris and who is credited with bringing the Romanesque Revival style to North America. Although Richardson died at the age of forty-eight in 1886, having designed only a limited number of structures, his work was influential due to the unique look of his modification of the Romanesque Revival, and served as an inspiration to Lennox. This style was characterized by its grand and solid forms, high arches, windows that were set deep, roofs with pointy peaks, and extensive ornamentation, which included grotesques. Structures in this style were, notably, designed in such a way that one would get the impression that it would stand for a long time.

According to an entry in the Canadian Encyclopedia, Lennox was born in Toronto and studied architecture at the Mechanics' Institute. He graduated at the age of 17 at the top of his class and soon after he became an apprentice of William Irving, a local architect. Jack Batten writes in The Annex: The Story of a Toronto Neighbourhood, that Lennox was a public figure, described as a man of self-regard, holding memberships of several different types of organizations, such as the Masons and the Board of Trade. 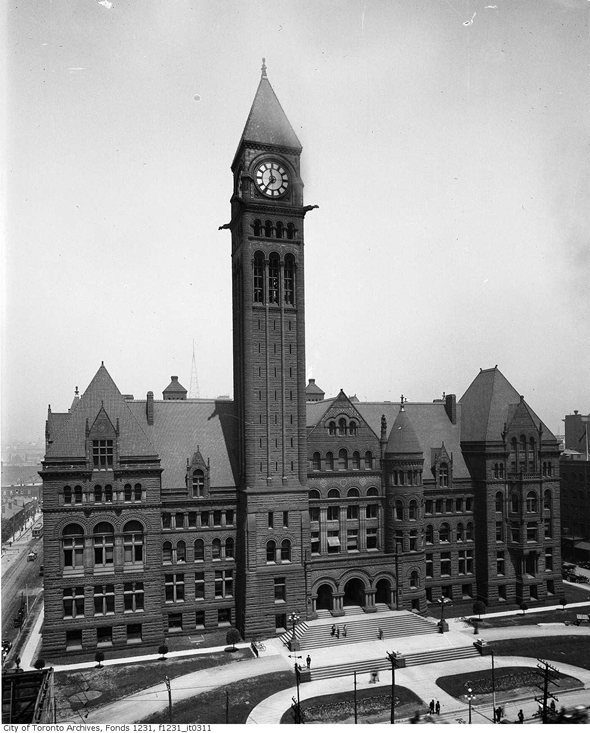 Lennox's most famous project was the Old City Hall, built between 1887 and 1899 under his supervision. At the end of it, he ordered to have his likeness carved in stone over the centre arch of the main entrance. A stone designation, E J LENNOX ARCHITECT 1889, was installed further up the structure, under the cornice around the four sides of the building.

Casa Loma (lead image), erected in 1914, was another of Lennox's distinguished accomplishments, and Sir Henry Pellatt's castle has remained one of the city's main tourist attractions. When Lennox built his house in 1913, which he named Lenwil, on the hill at Walmer Road near Davenport Road, at 5 Austin Terrace, he positioned his bedroom on the second floor of the mansion, looking northeast. This way, upon getting up every morning, he was able to admire the castle, visible from his window across Walmer. 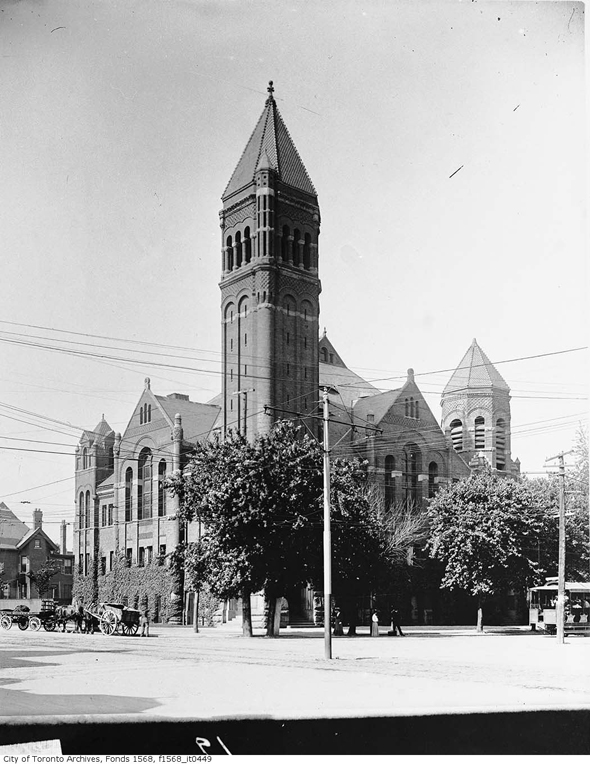 The demolished Broadway Methodist Tabernacle at the northeast corner of College Street and Spadina Avenue is a lesser known example of Lennox's work. According to From Horse Power to Horsepower: Toronto 1890-1930 by Mike Filey and Victor Russell, the church was dedicated on May 30, 1889, but its Methodist congregation joined the College Street United Church following the conglomeration with the United Church of Canada. The structure was demolished soon after in the thirties. Today, a building housing a 24-hour convenience store, with office and medical suits on top, occupies its former site. 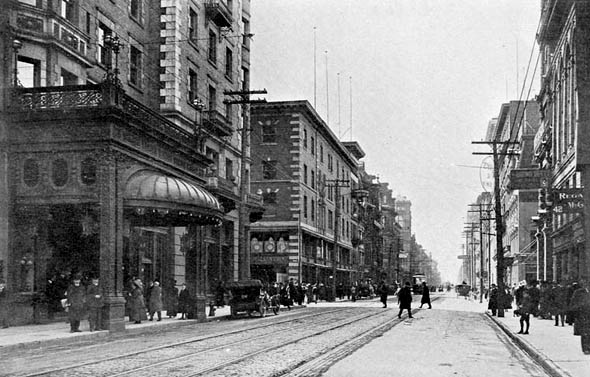 In total, Lennox designed over 40 structures throughout Toronto, which also include the and the Massey Mausoleum at the Mount Pleasant Cemetery (constructed in 1892), the Toronto Athletic Building (1894), and the west wing of the Legislative Building (1909).

Images from the Wikimedia Commons, City of Toronto Archives, and the author's collection.