Perhaps you've heard Nouvelle Vague's "Dance With Me" being used in radio ads for a new condo development: Chaz on Charles. Launching a condo project in the middle of real estate downswing is probably not the wisest idea. But unlike other condo projects, this one does not appear to be threatening heritage. The building that is currently there - 45 Charles Street East - is a nondescript concrete office building. Even the city does not care that 45 Charles Street East is being torn down. It's one of those concrete buildings that's a blight on the Toronto landscape. Or is it? 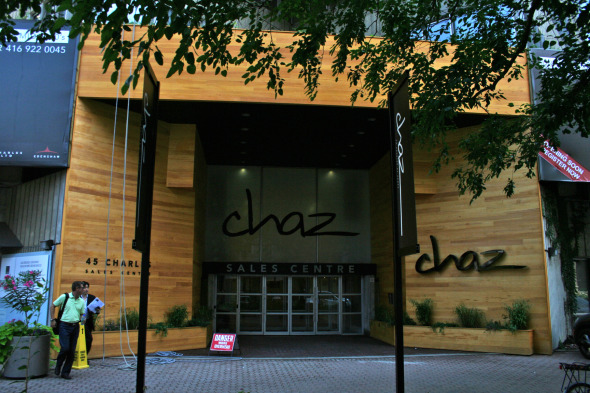 Torontonians are often embarrassed by the amount of concrete in our city. Viewed as cheap and bland, to many contemporary eyes it seems like an ugly reminder of what replaced the quaint Victorian homes, office buildings and warehouses that were torn down in the 60s and 70s to make way for it. 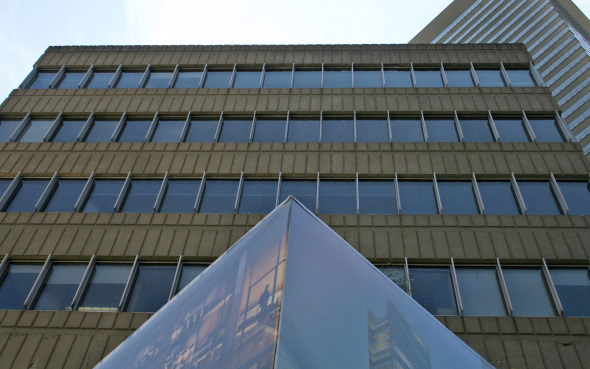 But in these decades, the use of concrete was considered avant-garde, and Toronto was seen as one of the most progressive architectural cities in the world. Concrete - a relatively new material that wasn't tied down by a history of design - seemed like the perfect building material to position Toronto as the city of the future. The plasticity of concrete allowed for bold forms and new shapes. And it gave us two of our city icons: the CN Tower and New City Hall.

The competition for a New City Hall generated unprecedented international attention from architects and design proposals poured in. One of the finalists was from a group of Harvard architectural students. While the group didn't win, one of them, 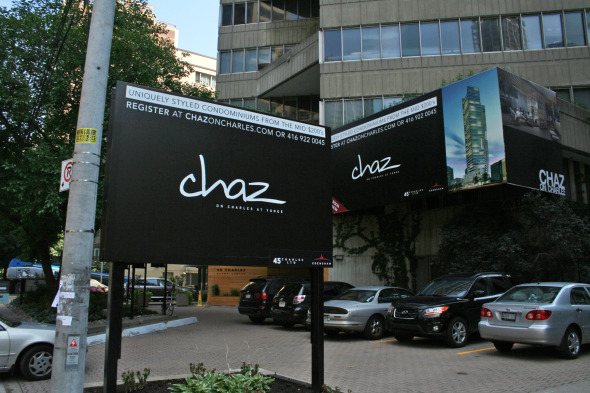 , stayed in the city and helped design some of our best-known concrete structures. One of the most recognizable of these is 45 Charles Street East.DuBois put many details into the building. In an interview published in Concrete Toronto (DuBois's last public appearance was at the book launch), he speaks of the design's attention to detail. He wanted the concrete to appear very textured when viewed close up, but for it to lighten when viewed at a distance. This dual texture was similar to what had been achieved in some Italian villas DuBois had seen. And because it was set in the middle of the block, DuBois knew that most people would be approaching the building from the side, so he set terraces - a rarity for office buildings - at an angle. As DuBois said, "Being angled to the street is actually more attractive than being parallel."Although many people don't particularly appreciate these buildings now, a similar lack of appreciation encouraged the destruction of Victorian structures in the 1960s. When Eaton's was considering buying and demolishing Old City Hall in order to build the initial Eaton Centre proposal, there were people who came out in favour of Old City Hall's destruction, citing its lack of "architectural merit." Now this argument seems impossible to understand. Will future Torontonians bemoan our lack of appreciation for our recent architectural past?