Should the future of John Street include bike lanes?

I've already reported on the ways in which the Entertainment District is rapidly changing. In the last few years it has attracted more condo residents and fewer drunken party folk. The local Business Improvement Area (BIA) and the city are working together to bring about further change. As part of the district's master plan is something called the John Street Corridor Improvement, which is an attempt to recognize the street's emergence as an important "cultural" (read "tourist") axis. 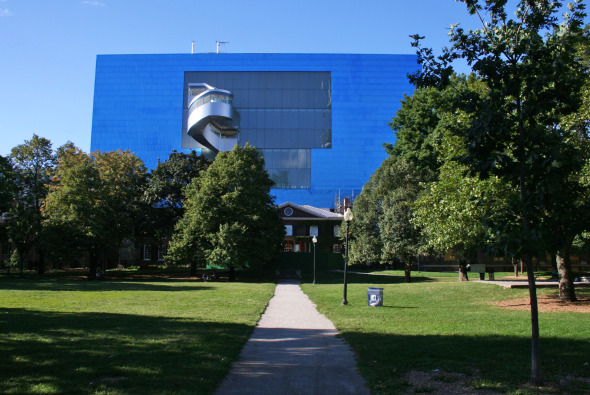 A short list of the organizations and buildings on or near John Street is impressive: MuchMusic/CTV, the AGO, the NFB, TIFF, The Rogers Centre and the CBC Centre (to name a few). The street could clearly become a major focal point for tourists and for city life. As with the Bloor-Yorkville revitalization, the city is working with the local BIA, residents and other interested stakeholders to determine what the street should look like. The initial stage of this process is an environmental assessment (EA), which can be found here.

Several options have been considered, including a pedestrian mall, adding bike lanes to the road, or expanding the sidewalks on either side. Among these (and a few others), the "preferred" choice from the Technical Advisory Committee is expanding John Street's sidewalks. An attractive proposal - some of the street's sidewalks are very narrow - it nevertheless presents a problem for at least one group: cyclists. 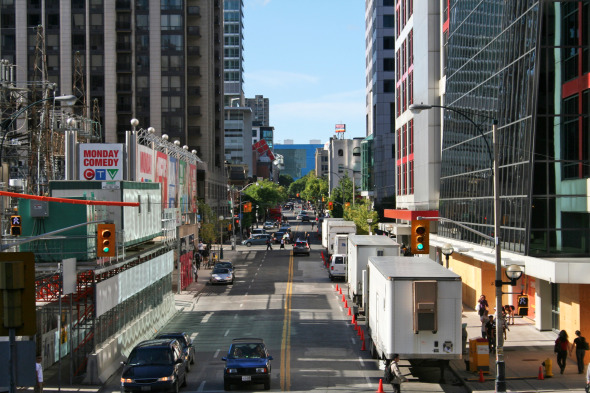 The National Post recently reported on a petition started by Alan Heisey. Heisey's petition argues that Toronto's bike lanes are a mess and far from a coherent network. Often, they abruptly end, dumping cyclists onto busy streets. (My personal favourite is the one on Simcoe that ends at the very bicyclist-unfriendly Front Street.) Heisey points out that the bike lane on Beverley could be extended south if it met up with one on John Street. Heisey's petition has the support of the Toronto Cyclists Union and Councillor Glen de Baeremaeker.

Councillor Adam Vaughan doesn't think that the petition is needed. As reported in the Post article, he says that the petition should wait until the "comprehensive study [of the area] is done." This is sort of disingenuous - the EA has already essentially ruled out bike lanes on John Street, barring any changes that result from public input. Heisey's petition, if anything, is too late for John Street.

This dynamic may seem familiar. The city worked with the Bloor-Yorkville BIA to improve Bloor. 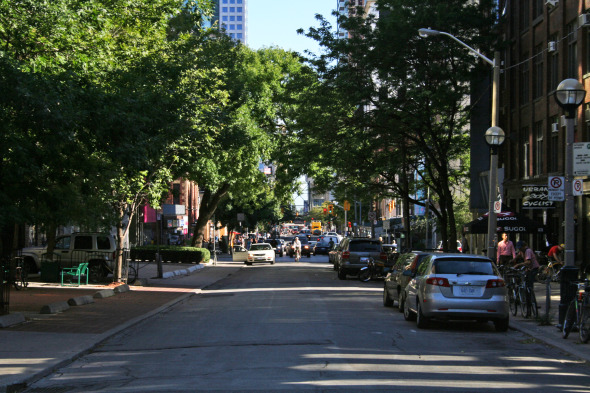 Toronto cyclists had pushed for bike lanes to be included in the plan, and what they got were the very ambiguous "sharrows." From a BIA's perspective, providing ample room for strolling customers and vehicular access is likely more important than filling the gaps in a city-wide network of bike lanes. And with the BIA potentially providing funding for the improvements (currently, the John Street improvements are not funded), their concerns need to be addressed.The bicycling issue aside, the John Street EA does give people a chance to re-imagine what the street could look like. Any effort to improve our public realm should be applauded. Potential designs of the preferred alternative are currently being developed and will be unveiled this fall.