Rebuilding effort on Queen Street leaves much to be desired

Earlier today Urban Toronto reported on what appears to be the first obvious indication of what the post-fire rebuilding effort will look like on Queen near Bathurst. The lot had been sitting mostly empty until construction began on a new home for Duke's Cycle in February of this year. And while it's still difficult to get a sense of what the structure will look like based on what's been built so far, a rendering depicting the finished product has popped up on the site in the last few days.

Pictured above, the proposed building is a less than inspiring re-addition to the neighbourhood. Not only does it pay little heed to the architectural heritage of the area, the three-storey storefront is rather bland. 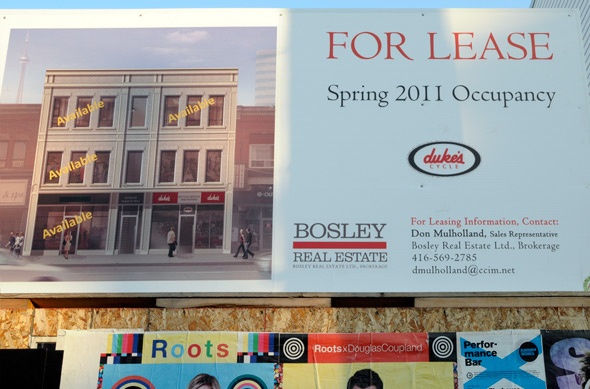 Urban Toronto labels the building of the proposal a "regrettable piece of trash" that "abandons the facade to a never-was vaguely historical and meaningless ornamentation which has neither function nor aesthetic merit."

This might be taking it a bit far, but is it too much to ask that the building utilize the red-brick of the original exterior?

As sad as it was to lose the original buildings, events of this kind challenge cities to respond with innovative solutions for the re-integration of new structures into existing neighbourhoods. In other words, the empty lot on Queen Street was an opportunity to rise to the occasion and do something worthwhile with the empty space.

Unfortunately, it looks like that's not going to happen. 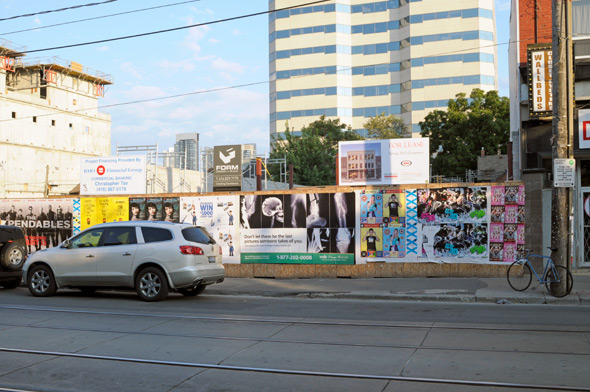