Inside a Victorian era house in Toronto's Club District

Robert Girvan moved into 326 Richmond Street West nearly 18 months ago. He rents a room on the main floor, a simple but elegant office space with hardwood floors, French doors and exposed brick.

Girvan shares the century old house with seven other lawyers, three of them criminal lawyers like himself, the others in entertainment law. From the outside it's a typical Victorian era home, similar to the handful of remaining residences on the street, most of which have been converted into commercial space. These days when one goes vacant - like the property next door, a former sandwich shop - there's always the danger of them being town down. 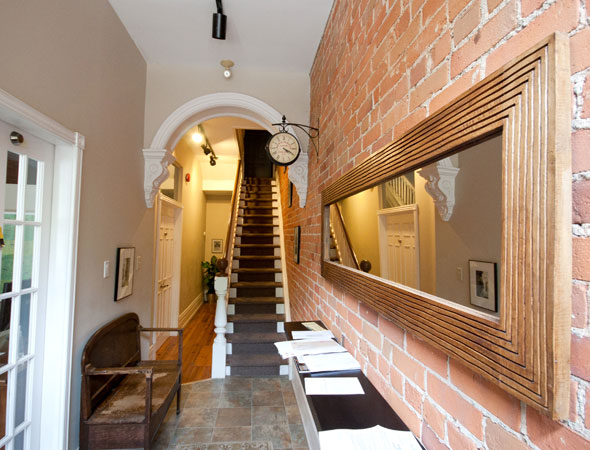 It's an unconventional setting, away from office towers and the arrogance that seems to follow around larger firms. The offices at 326 Richmond keep it simple; they're all independent, with their own clients and schedules, which keep any office politics to a minimum. There's no dress code or direct boss - as long as the rent is paid, you're in the good books.

Girvan explains this with an openness and enthusiasm that I imagine works to his benefit in the courtroom. He smiles a lot and punctuates his speech with the occasional profanity - but never gratuitously. 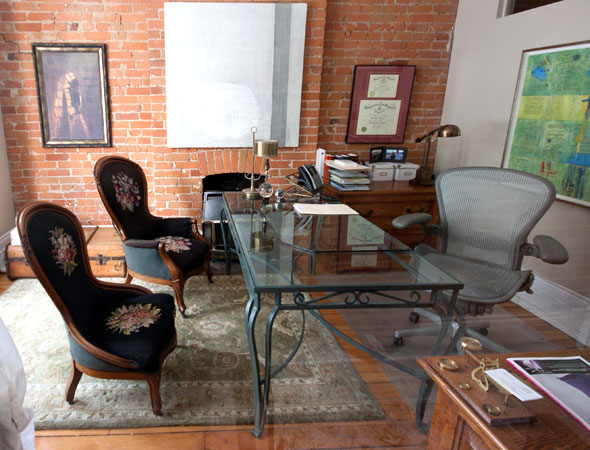 He came to the house by way of the Crown attorney's office. Years ago he was prosecuting a homicide case, one of the lawyers defending the accused was a man named Themistoklis Boutzouvis.

"Tham was rare in that there was just no bullshit to the guy," he said. "He did a great job for his client, but he was the kind of guy you could get along with because there wasn't that fake friendliness and then you know, he turns around and does something mean - what you see is what you get."

So despite being opponents at trial, the two got along. Shortly after, Girvan left the Crown attorney's office to write a book, when he returned to practice law as a defense lawyer, he asked his friend Boutzouvis if there were any opportunities. As luck would have it, Boutzouvis has an office available in the building he co-owned and Girvan moved in. 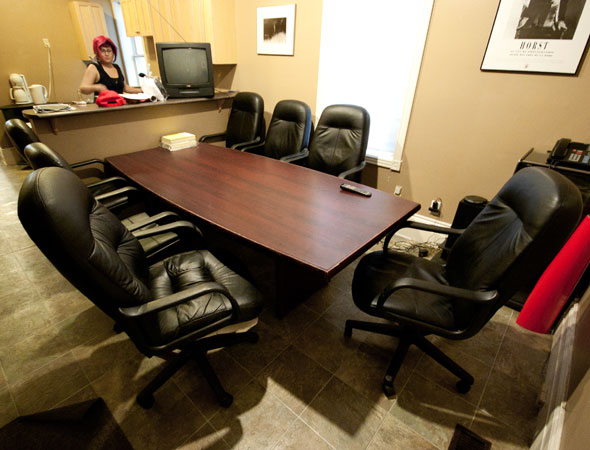 "I find this just lovely," Girvan says. "I'll come in here with my shorts on a Friday and nobody cares. I've worked in a big office tower before, in a big firm in Vancouver, which was just vile. This is the opposite."

It's an atmosphere a number of other lawyers in the building appreciate too. Being just a few blocks removed from the corporate culture of Bay Street allows for a much more relaxed environment, one that suits the neighbourhood quite nicely. The tech and design firms that litter the nearby streets went casual years ago; perhaps it's reasonable to allow the justice system to unbuttoned their collars a bit too. 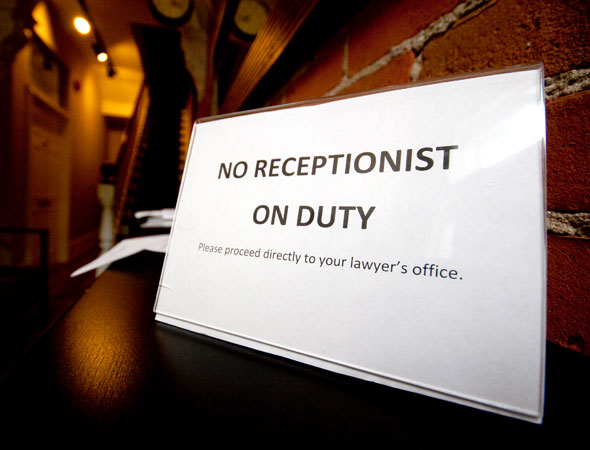 It's a far cry from Girvan's former life as a Crown prosecutor. Despite the amount of respect Girvan has for the Office of the Crown Attorney, it's a very different environment he says: "It's a factory of justice, very stressful and high volume."

What 326 Richmond offers its tenants is something different, the opportunity carve out a routine that suits the individual. Girvan admits the neighbourhood plays a role in creating that casual vibe as well. 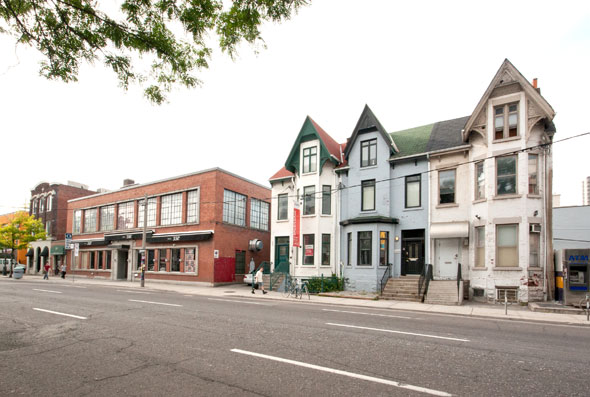 "Just walking around I feel this creative energy to [the neighbourhood], you just notice it in the food, the restaurants, the downtown feel," he said. "There's a restaurant called Peter Pan over here, you go over there and there's this level of sophistication in the food - it's a nice place - so you go there and the food is nice, you have a glass of wine and - I don't know, it just has this amazing, creative feel. It's a lovely environment, I've never worked in a better one."