How Inside Nightclub became a daycare

The first thing you'll notice about Joseph Ko when you meet him is his is his age. He looks far too young to be running an operation like Kinder College, but it is in part his idealism that made it possible.

"Looking back, if I had known everything that I know now," he said. "I probably wouldn't have opened a childcare center, just because it would have seemed impossible."

Lucky for Ko his naivety allowed him to conquer "one insurmountable obstacle after another" until finally his dream was realized.

Kinder College is a childcare centre located at 218 Richmond Street West, where the Financial District meets clubland - it's about as downtown as downtown gets, which makes it not especially kid friendly. However, where there is business there are parents and where there are parents there are children that need to be watched. But despite the enormous demand in the area, Toronto wasn't Ko's first choice - Milton was.

"It's the fastest growing city in Canada," Ko says. "And honestly, I didn't' think downtown Toronto was even an option. I know there's a huge demand, but it's just impossible to find a spot and I'll tell you why: you need to have 60 square feet of outdoor space per child."

The Ministry of Child and Youth services requires that child care operators allocate 5.3 metres (60 square feet) of playground space per child, perhaps reasonable in the 905, but where concrete is king and space is a premium, it's a pipe dream.

Like many of the buildings in the area, 218 Richmond used to be a club - Inside Nightclub. But this wasn't just any club; the proprietors of inside had big plans of a place "where the worlds of music, fashion, film and art are showcased in one unique setting." The description even warns: "Don't worry about a little pretension though; it's part of the gig."

The people behind Inside were so set on making it a place to be seen that they dumped upwards of $1 million into a giant outdoor rooftop patio. Then, when the place started to go sour, they just disappeared. This is where Ko comes in. 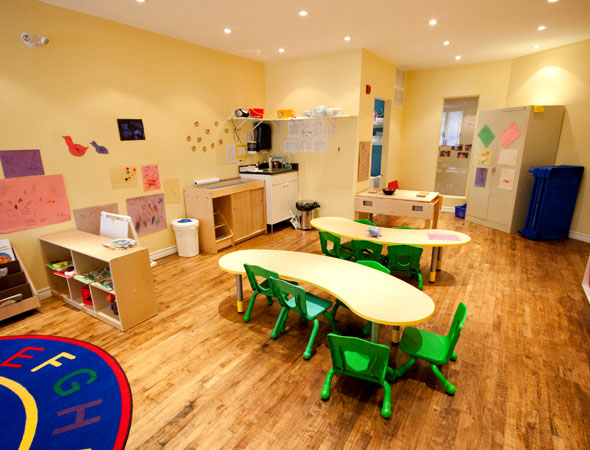 He was next door looking at a new facility, one that wouldn't have worked out anyway when 218 Richmond got abandoned. The way Ko tells it, it's like a brilliant case of serendipity. Because management just took off, the place was available immediately and because they had renovated the roof, Ko had his outdoor space.

So, now that a location was secured it was time for the real work to begin.

To say Ko got lucky is a little misleading - he does his homework. When he chose Milton as his initial choice, it wasn't on whimsy; it was after pouring over countless hours of research - same with this location. He might have gotten lucky in finding the perfect digs, but he spent years preparing for that luck.

The journey to Richmond Street began five years ago for him, when his nephew was born. After spending time taking him to daycare, he began to realize the demand and the potential for high quality childcare. What began as an entrepreneurial decision though quickly evolved into something far more personal.

"I don't have any kids of my own yet, and I want to have kids," he says. "But right now I get to be a parent to 50 kids. I get to be a part of their lives, celebrate first birthdays - it makes me really, really happy."

But Kinder College is much more than just a daycare. At Kinder College they are trying to build the foundations for a lifetime of learning. Their "students" arrive as young as 6-weeks-old. There are three "classes": Infant (0-18 months), toddler (18-30 months) and preschool (30 months - 4 years).

Ko and his team of Registered Early Childhood Educators (RECE's) help kids learn for themselves in a playful environment using something called the Emergent Curriculum. The province requires one RECE per classroom, Kinder College has three, and this allows them to cater activities to individual child needs. 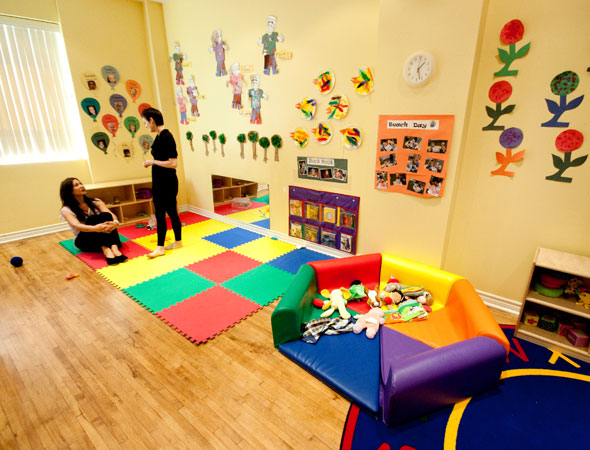 "It's based on the newest developments in early childhood education," he said. "It's centred on the assumption that children learn more when the information is more meaningful and relevant to them."

Essentially, you use the child's own interests to teach them the things they need to learn. Ko gives the example of trucks. If trucks fascinate one of his students and that student is weak in numeracy then you can create a game using toy trucks to help that child gain a greater understanding of numbers.

In a way it almost seems like tricking the students into learning, but it seems to work. Rather than splitting the day up into "classes", the classrooms have a variety of stations for science, math, literacy, sensory development, block play, cognitive development and dramatic arts. The area is laid out to foster intermingling between the areas as well, after all mathematics does not exist in a vacuum, not does literacy or dramatic arts. Pushing the children to make sense of these ideas and abstract them gives them a greater understanding. All of a sudden, six isn't just a number, it's a number of blocks that you can hold and move and add to and build with.

Of course, the classrooms still remain pretty loose. We are talking about preschool children after all, so a lot of the time socialization and potty training come before science and literacy.

"We have a diaper change table that has stairs leading up to it," Ko says. "Toddlers are independent and they don't want to be lifted up on the table, they want to walk."

Even at two-years-old, children respond to that kind of faith, Ko says. Giving children a little authority over their own lives can go a long way in other areas.

"There are two things that I personally want children to gain by the time they leave the centre," he says. "The number one thing I want them to take away is confidence, the second is social skills. I found that, if you have both of these attributes: confidence and social skills--waiting in line, sharing, friendship all that stuff - you're going to be successful in school."

He seems to be onto something, the facility is just four months young and the waiting list is already growing. 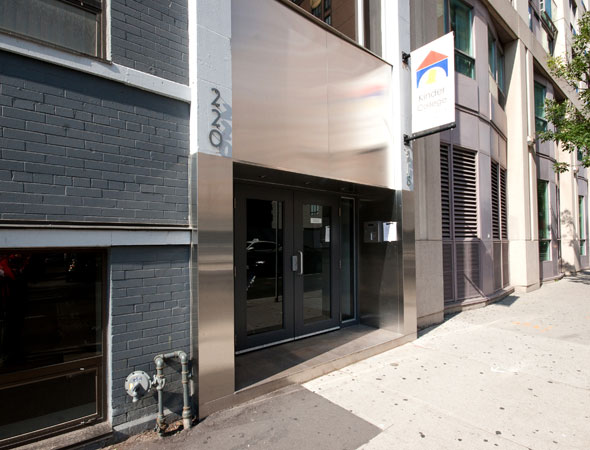