Drinks with the candidates for Ward 18

I only heard about Thursday's all-candidates-event for Ward 18, organized by the Junction Triangle Rail Committee, at the last moment, so I expected a regular debate, but instead I was treated to something much more casual.

At Boo Radley's Junction Bar and Girl -- turned around recently by Michael and Shelly Ashbury from a grimy local hangout to a respectable pub -- the candidates vying to replace Adam Giambrone met to introduce themselves to neighborhood residents.

The venue's colorful past added to my mix of surprises. Michael Ashbury was a heroin addict and bank robber before starting the business with his wife. After robbing twenty-six banks he was eventually caught. 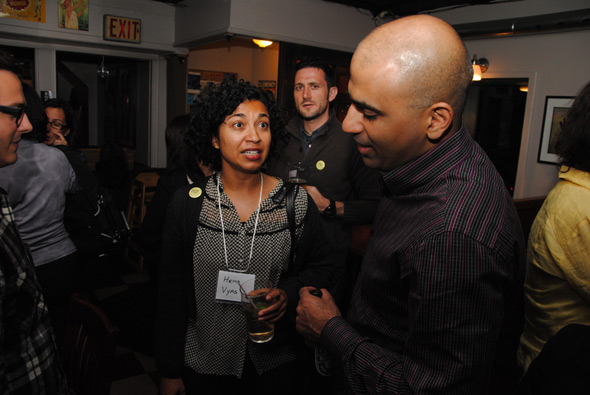 He cleaned up in prison and married his wife when he got out. Within a few years they bought the Boo Radley's pub, named after the reclusive but ultimately good character from To Kill a Mockingbird.
Over a few beers, I had a chance to speak with candidates Kevin Beaulieu (Giambrone's former executive assistant), Ana Bailao, Hema Vyas, Joe Macdonald, Nha Le, and Doug Carrol -- though not all the candidates showed up.

More community involvement in planning was the common theme echoed by the candidates. As well, Bailao spoke about fiscal responsibility, Beaulieu about helping troubled neighborhoods, and Carrol about the problems amalgamation has created for the ward.

A controversy has emerged over Bailao's fundraising during her first run for Ward 18 in 2003. Scott Dobson, a local resident and documentary filmmaker, is claiming that only seven of her donors lived in the ward and almost all of them were in the construction and development industry. 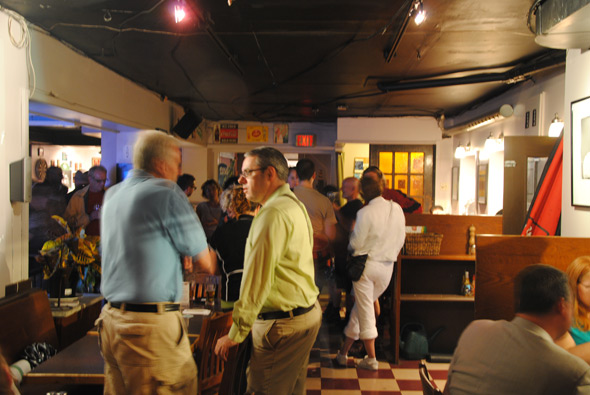 This raises the concern for Dobson that developers are too closely linked to Bailao. The large number of out-of-ward contributors also calls into question her level of support in the neighborhood.

"My fundraising was done according to the laws of 2003," Bailao told me on Thursday. "Anybody can donate to anybody. If you have a friend that lives in another area of course they're going to donate to your campaign."

The rest of the candidates were reluctant to comment on the issue.

It's hard to tell if this will have any traction, but either way there are plenty of other important issues that need our attention, such as transit and revitalization.

Drinking beer with the candidates was a nice way to get to know them, though I look forward to a more formal gathering in the future.