The 2010 Caribana Parade took to the Lake Shore yesterday bringing with it huge crowds and hyper-colourful costumes. How huge? Organizers estimate that attendance exceeded last year's parade, which brought out over a million people. How colorful? Well, let's defer to the photographs below to tell that story.

The parade began at Exhibition place considerably later than the scheduled 10:00 a.m. start-time and headed west to Parkside Dr. Some complained of organizational problems with overly long intervals between bands, but with more than 10,000 costumed participants, there was hardly a lack of entertainment.

If you didn't make it out to the festivities, here's a little sample of the fun. 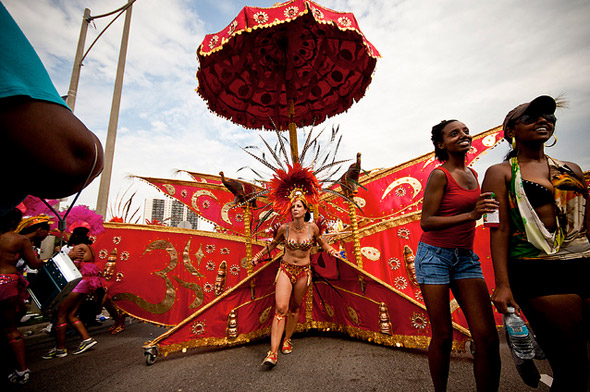 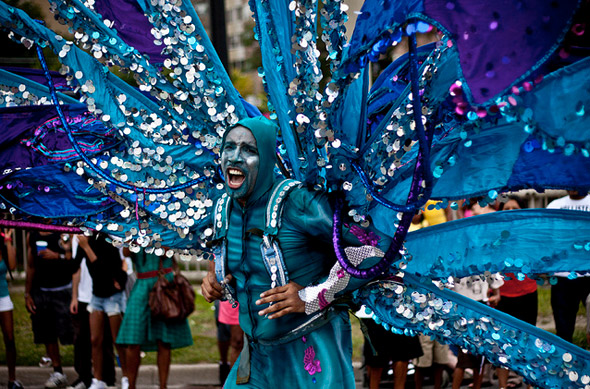 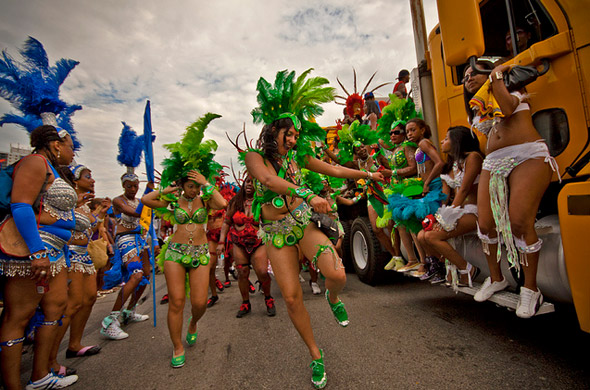 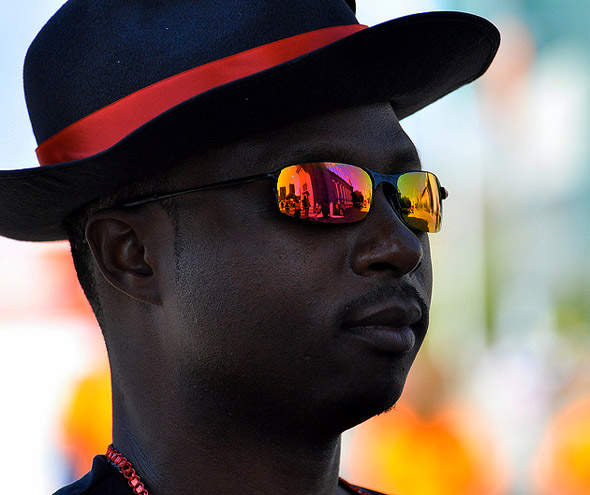 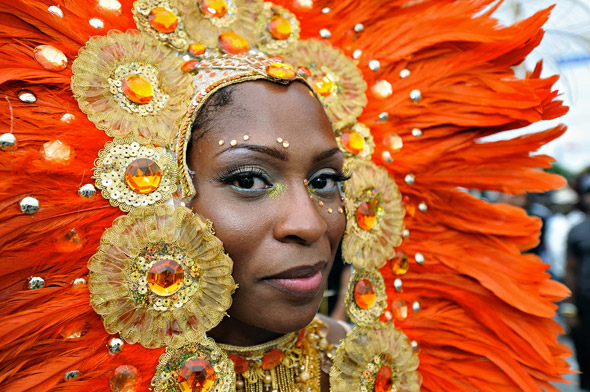 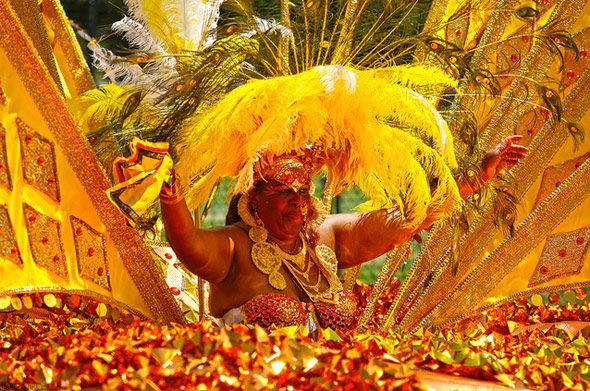 Photo by B Stahls. 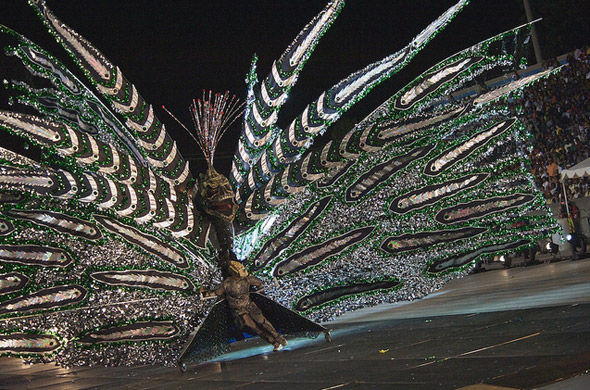 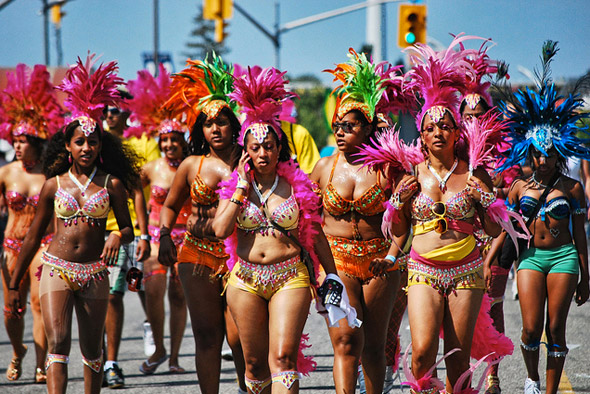 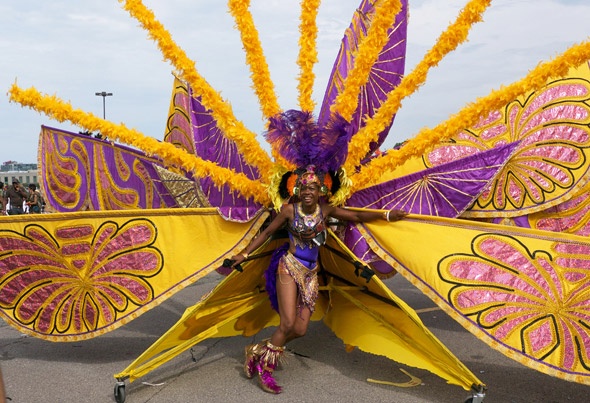 Flickr member marty_pinker (featured above) has also put together a group for Caribana 2010. Below is a slideshow of some of the images submitted there. Enjoy!