364 Richmond Street could be described as a model of the modern entertainment district. Beneath its roof, the century old building straddles the vanguard of both day and night. By night it hosts one of the entertainment districts longest running and most successful nightclubs: This is London. By day however, it transforms into a creative hub for Bitcasters and more recently the Social Game Universe.

But its breadth stretches far beyond that. Before current tenants, 364 Richmond Street had three main phases in its lifespan. The first was the machining age. For its first thirty years on the corner of Richmond and Peter, various iron and brass manufacturers occupied the building. Then circa 1950 Carleton Cards took over and for twenty years greeting cards were shipped all over the country from that corner. Finally, in 1970 the building reinvented itself again for the garment industry. Bata, Club Monaco, and Canada Sportswear all had offices there at some point along with many others. It stayed a garment building right up to the nineties when Bitcasters moved in.

When Nathon Gunn co-founded Bitcasters in 1996 he did so with an unconventional team composed of a painter, a DJ, a filmmaker, a writer and a programmer. 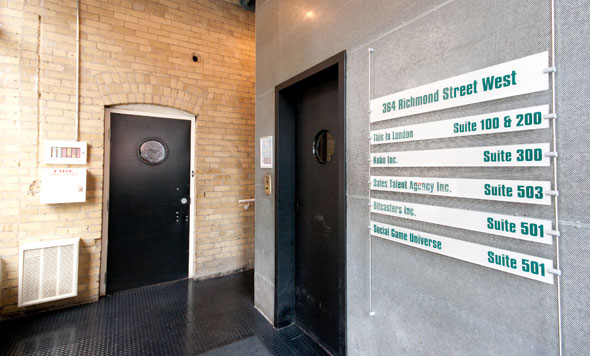 "Essentially it was a collective of young artists and techie types who got together to do interesting work," he said. "It was the nineties so a lot of that work was web based, but we were really focused on cross pollinating into different kinds of media."

History tells us that this idea of combining the web, multimedia and entertainment was kind of the whole future of both technology and entertainment, but back in 1996 during the dot com boom it was groundbreaking and very, very valuable.

Of course history also tells us that that value was grossly inflated at the time because no one knew how to make any money off of it and many firms that took venture capital and tried to grow too fast too quickly ended up with little more than memories of "the good old days. "

But such was not the fate of Bitcasters. Certainly there were hard times. When work dried up Gunn went several hundred thousand dollars into the debt to keep his staff - a mistake he'd rather not make again he says. But eventually the work returned, the industry recovered, technology improved and they remained. Not just as a company, but in those same digs at 364 Richmond Street. In fact, Gunn's been operating out of the area since 1991 when he began his career at CityTV.

"It's one of the most vibrant, thriving communities in Toronto," he says. "I love that it's a mix of old and new, high and low - I have no interest in being among a row of Gucci shops." 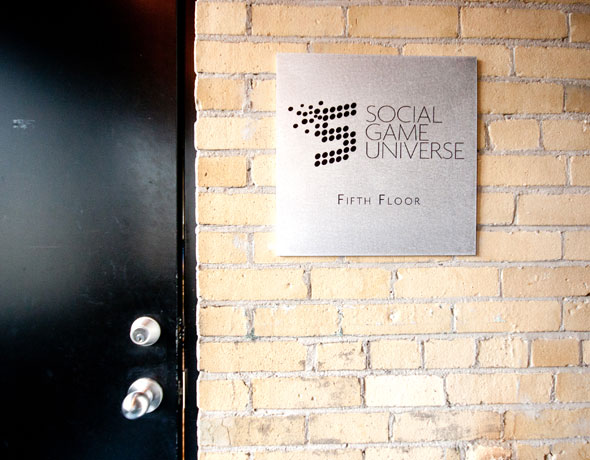 He likens that cross-pollination in the neighbourhood to the nature of Bitcasters - a mixture of opinions, talents and personalities. And while he doesn't partake in too much of the local nightlife, he's pretty open-minded about his neighbours downstairs.

"I work late so I can occasionally hear the 'boom, boom, boom,' but it's pretty distant - no louder than the street traffic," he says. "And our staff occasionally take advantage of the courtesy invite they always extend us, so it's never really been a problem."

Unfortunately, This is London was unavailable for comment on the two businesses' relationship. How do they feel about a much of computer wizards clicking away on keyboards at all hours of the night - developing new technologies?

That technology is something Gunn is focused on in his new venture, the Social Game Universe (SGU) - a separate entity from Bitcasters, but housed in the same office. SGU is creating unique technology that will actually allow players to interact with each other from entirely separate games.

"To the best of our knowledge we've invented something totally unique," he said. "Which is interconnectivity between different games that allows an economy to take place between those games and between the players of those different games."

It's an exciting possibility that could pioneer a completely new way in which we interact with video games and social networks, as well as the devices in which we connect to them.

With the continual development over the past 15 years, it seems 364 Richmond Street has elegantly matured into its fourth phase - as an anchor for innovation. 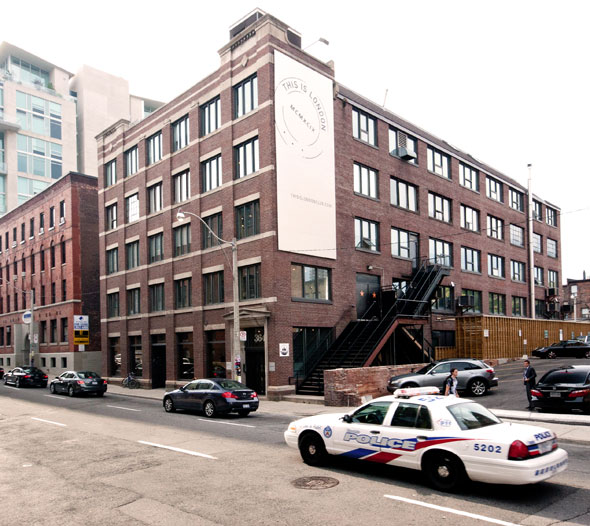