Where restaurants go to die in the Club District

There are two types of businesses that inhabit the old Maclean Building (345 Adelaide St. West) at the corner of Adelaide and Charlotte.

The first kind occupies the upper five floors of this six-floor mid-rise. They're companies like Red Rover Studios - a special effects and animation company that works with the likes of Pixar, Disney and Universal pictures. These types of businesses - creative studios, ad agencies, software firms - have managed to carve out a symbiotic relationship with the neighbourhood. They're fairly removed from any ground level chaos, they can cover the cost of skyrocketing rent, and they're full of young people.

Danielle Araiche has been an executive producer at Red Rover since 2003. She finds the area quite hospitable.

"It's actually a really great area to work in," she said. "A lot of great restaurants, it's lively, and everything sort of changes over at night; Thursday, Friday and Saturday it's like a whole new culture and that's kind of neat."

But this is where the issues lie for the other businesses at 345 Adelaide. At ground level there's been a revolving door of restaurants that can't seem to make the neighbourhood work for them. It's certainly not for lack of people; with the area bringing in unique demographics day and night, the streets are always busy. So then what's the problem?

Renegade Muay Thai Kickboxing shut its doors in January. The studio still sits dark, sign still up. It seems a combination of high rent and precocious location is to blame for its short life.

One former restaurateur in the area who did not want to be named explains the club culture and lack of policing forced him out after four years in business. It seems that to succeed one must either cater to the daytime crowd, or the nighttime crowd and never the twain shall meet.

Of course, there wasn't always this division between day people and night people. You don't have to go back too far to get to a time when the streets of Adelaide cleared out at dusk. 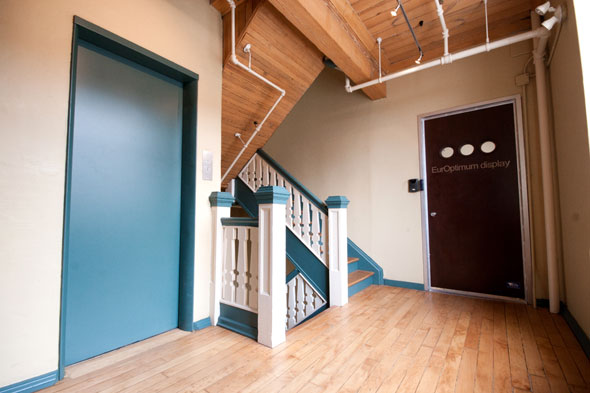 But the real story of 345 Adelaide St. West begins long before even that. Before Clubland, condominiums, ad agencies, film studios and even Zupa's. The real story begins before the building was there itself, with the building's namesake: Hugh Cameron Maclean.

Hugh Cameron Maclean - younger brother to John Bayne Maclean, publishing magnate and founder of Maclean's Publishing Company (later known as Maclean-Hunter) - began his career as a typesetter at a young age. He ran away from his childhood home in Crieff, Ont. to find excitement in the big cities of Toronto and New York, earning a living by apprenticing at a variety of printing houses. By the time his brother entered the publishing game Hugh was already an experienced printer and John brought him on board as his partner.

However, this partnership did not last. When Hugh's wife died at the turn of the century and disagreements over advertising caused a rift in the brothers' relationship, Hugh sold his share of the company to John and moved west. Over the course of the next eight years the young Maclean moved from printing to publishing and upon his return to Toronto, created Hugh C. Maclean Publications and finally, in 1914, built the Hugh C. Maclean Building at 345 Adelaide St. W. 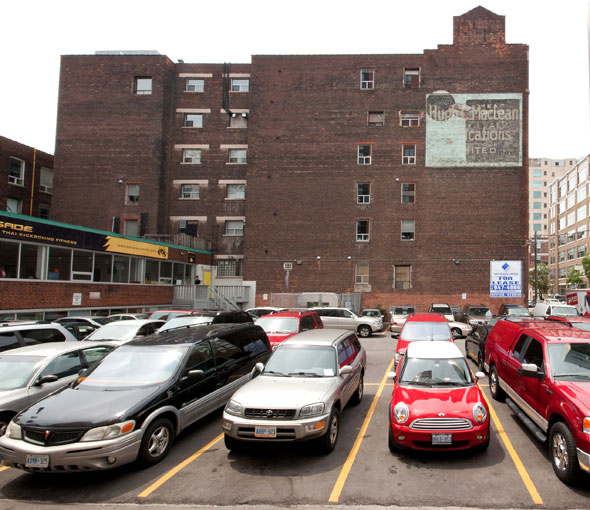 With a home for his new company in place, Maclean would finally stay put for the first time in his adult life. The Hugh C. Maclean Publishing Company stayed at 345 Adelaide until Hugh's death in 1949; five years later his company built a modern printery at Don Mills.

In those days the threat of dance music was reserved for the lawlessness of jazz and you were probably more likely to run into a farmer than a restaurant. Today, despite the success of the offices above, the main floor of Hugh Maclean's building lays empty - waiting for another restaurant to take a stab (Grand Ichiban Sushi was the most recent tenant, and before that Autogrill and YYZ). And why not? Business is booming. The top floor occupants, The Jonah Group, recently expanded right out of the building and Red Rover is taking over the free space. The area is always busy; it just doesn't seem to know what kind of neighbourhood it wants to be.

But for many, it's working as is. At Red Rover, Araiche only has one complaint.

"Parking lot prices go up a lot on club night."