The 2010 Pride Parade in Toronto was a stark contrast to the tension and anger of last week's G20 protests. Toronto's queer community celebrated with music, water guns, and lots of skin in Sunday's march around the Village and surrounding areas. 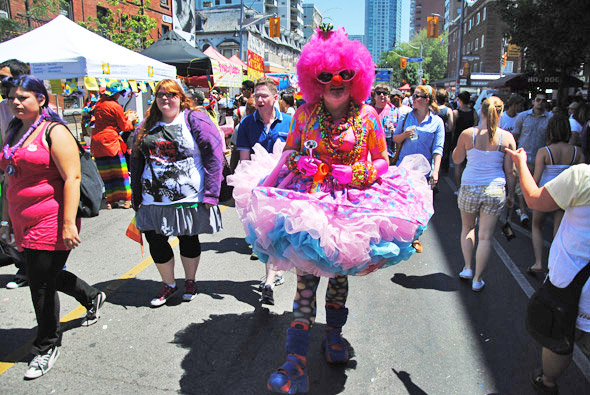 But the event wasn't without its share of political tension as marchers from Queers Against Israeli Apartheid stood nearly side to side with members of Kulanu, a Jewish LGBTQ social and educational group affiliated with Hillel of Greater Toronto. 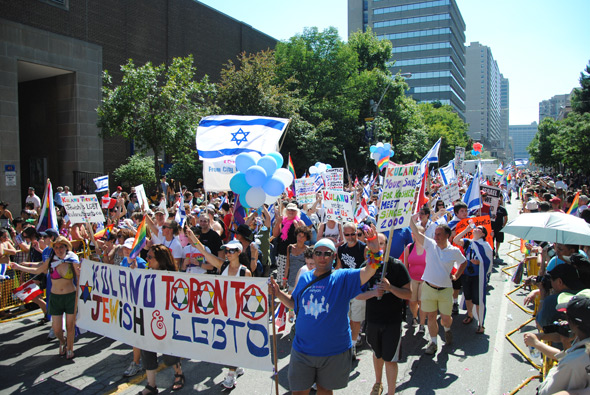 It was only last week that Pride Toronto reversed its decision to ban the controversial group against alleged Israeli Apartheid, upsetting many members of Toronto's Jewish groups who find the term "apartheid" offensive and inaccurate. 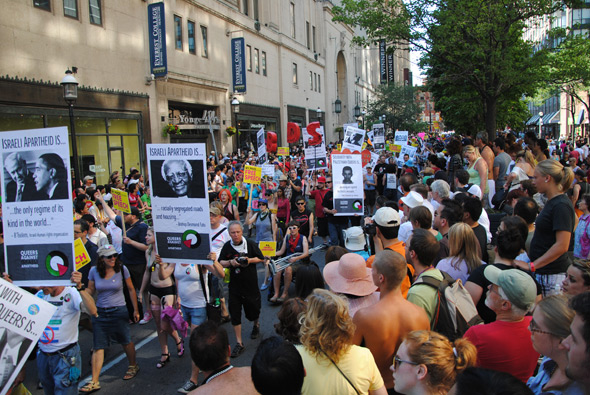 Tomer Chervinsky, a member of Kulanu Toronto, told me: "It's really important people see Israel for what it is...which is a truly diverse and inclusive and truly gay positive place...[Queers Against Israeli Apartheid] simply promote a falsehood. The message that they're promoting is specifically designed to engender negativity towards the Jewish and pro-Israel community." 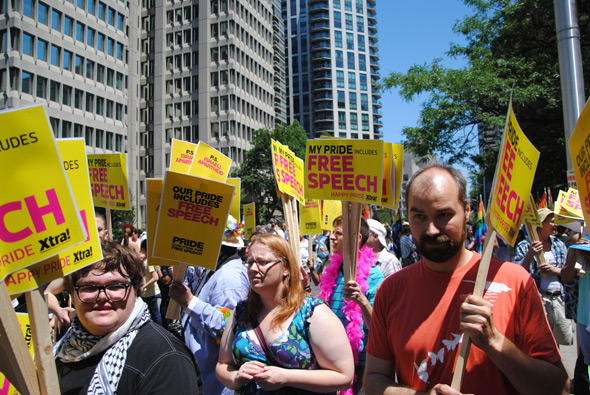 A few steps away I spoke with Elle Flanders, the gay Jewish representative of Queers Against Israeli Apartheid, who told me: "They have gay rights in Israel, which I think is fantastic and I'm all about that, but that doesn't mean that it also erases all the crimes against humanity." 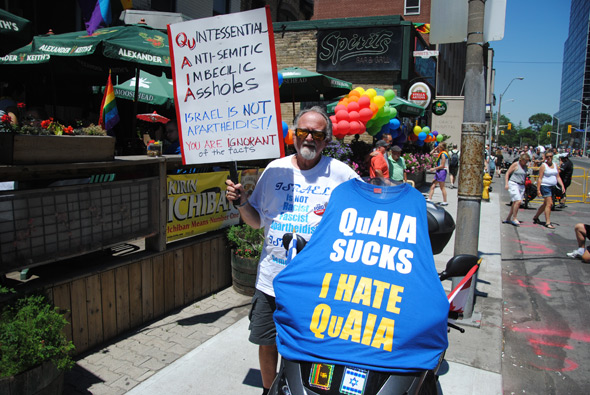 The debate could be felt among the crowd as well, as Mel Glickman, a passerby donning a pro-Israel T-shirt told me, "I'm furious with [the supporters of Queers Against Israeli Apartheid] who go around screaming "apartheid!" They don't even know the meaning of the word "apartheid." 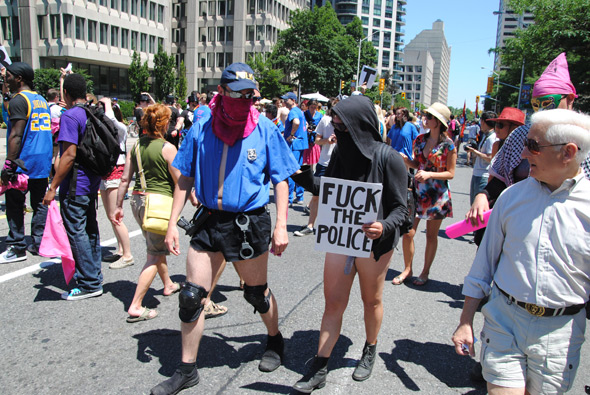 Leftover issues from last week's G20 protests were also visible, as numerous people walked by with "Fuck the police" signs and messages that accused the police of mistreating gays during the protests.

Despite these lingering issues, the parade wasn't dominated by unrest. There was plenty of the typical celebratory spirit spread among the the participants and those in attendance. 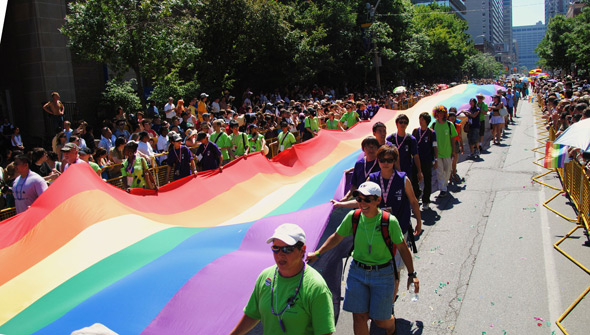 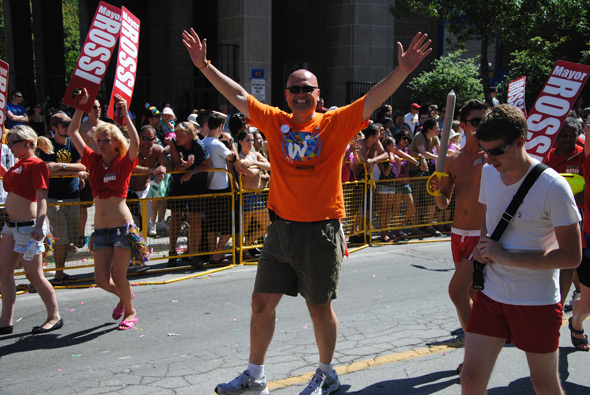 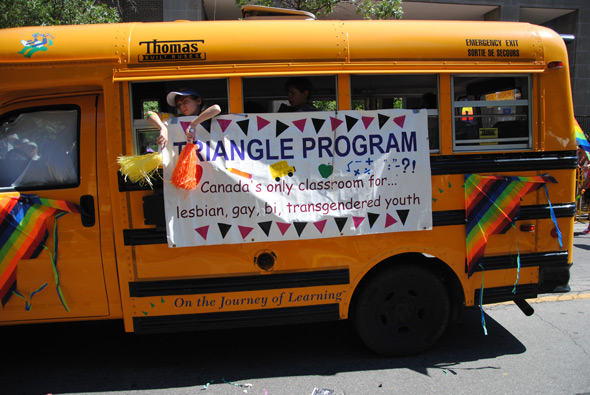 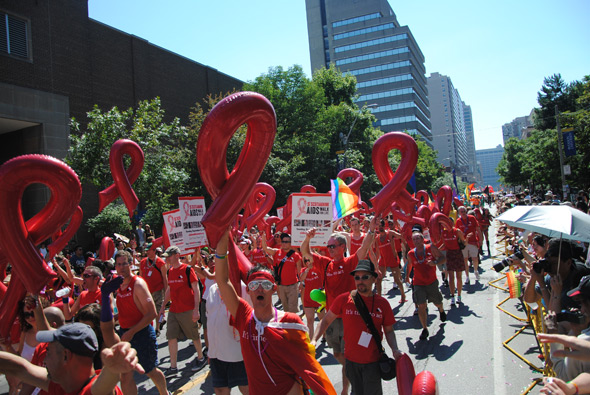 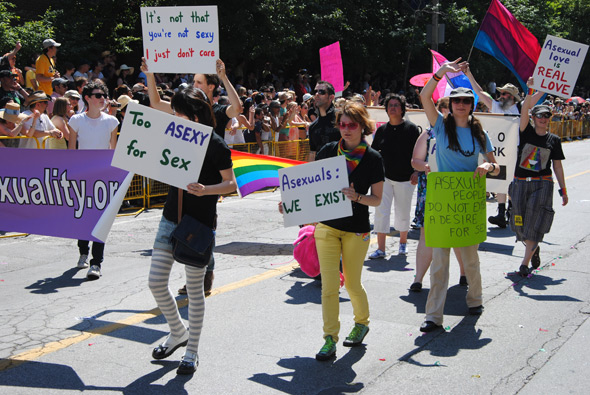 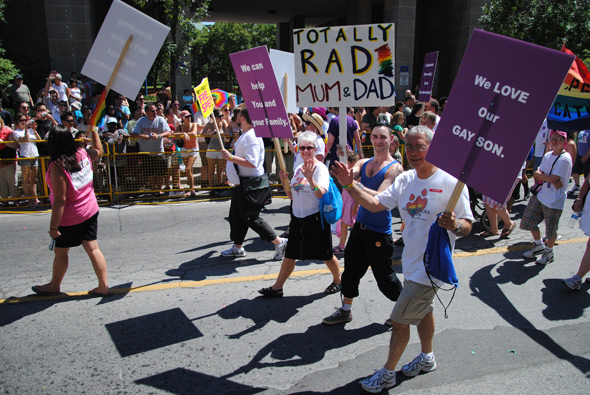 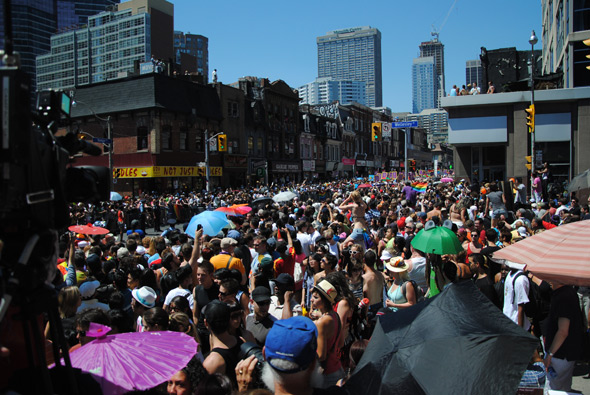 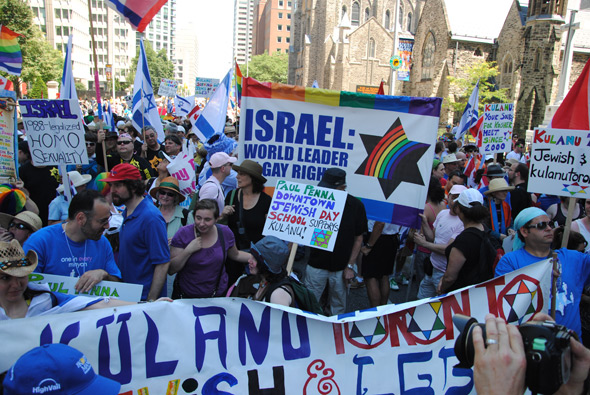 Photos by the author. Video by Tom Davis.