Shortly after Spain defeated the Netherlands 1-0 to take the 2010 World Cup, fans congregated on College Street to celebrate the victory. The centre of the party formed near Bathurst, a little bit east of where Italian fans flocked after their win four years ago. And although yesterday's celebration was not quite as grand as back then -- our Italian community is extensive takes its soccer very seriously -- it was still pretty wild. Traffic came to a standstill in the area and TTC streetcars subbed in for stages, which those desperate to prove their fandom climbed atop for the most visibility.

Here's a selection of some of the best photos of the celebration from the blogTO Flickr pool. In addition to revealing the strong contingent of Spanish fans in Toronto, they confirm that this city loves shutting down streets to vehicular traffic as much as its soccer! 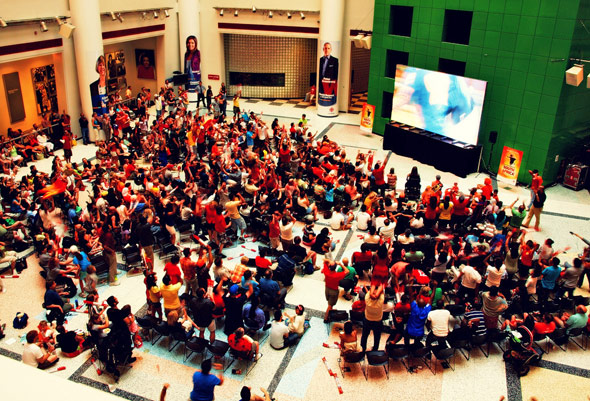 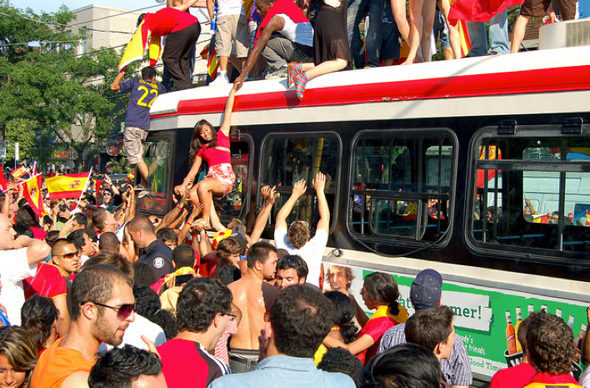 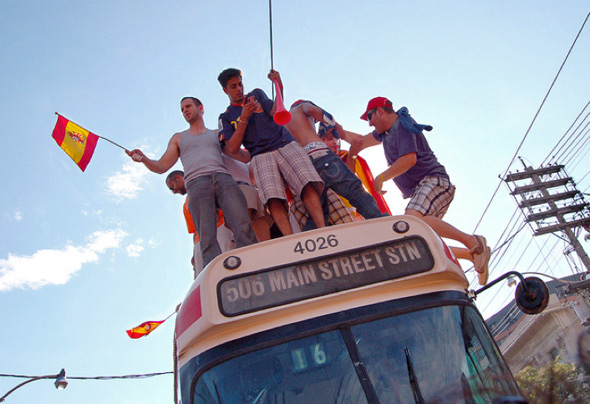 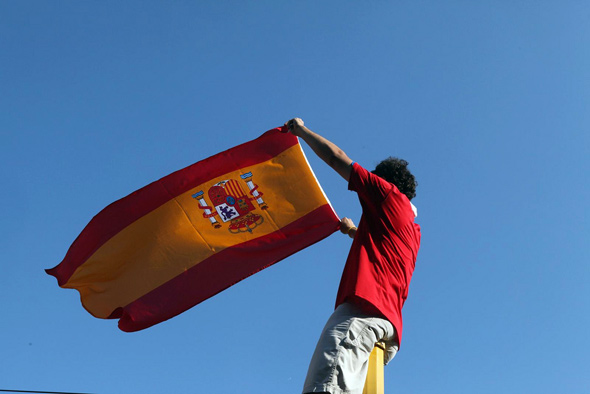 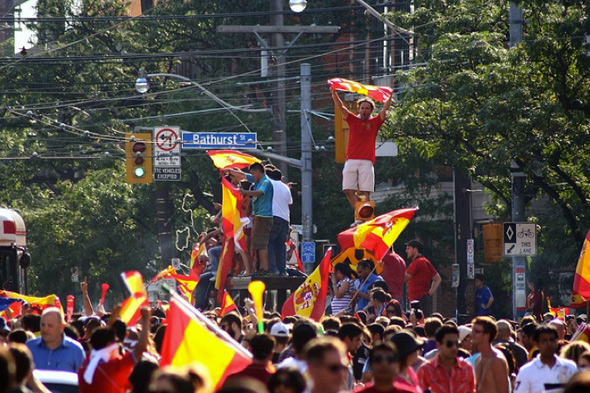 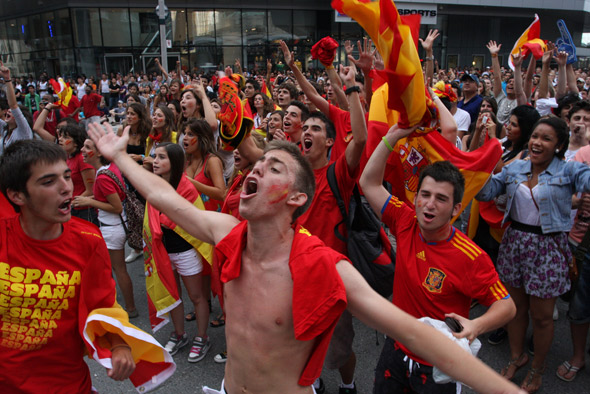 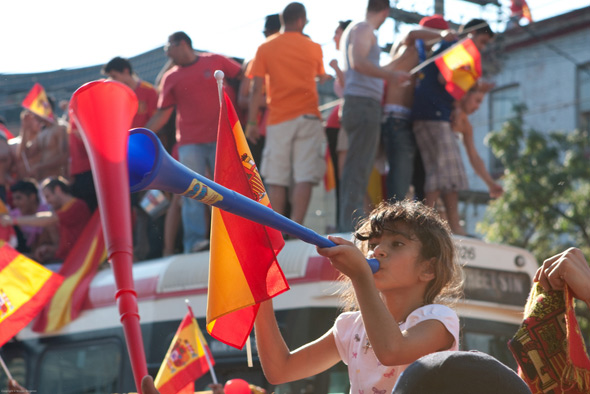 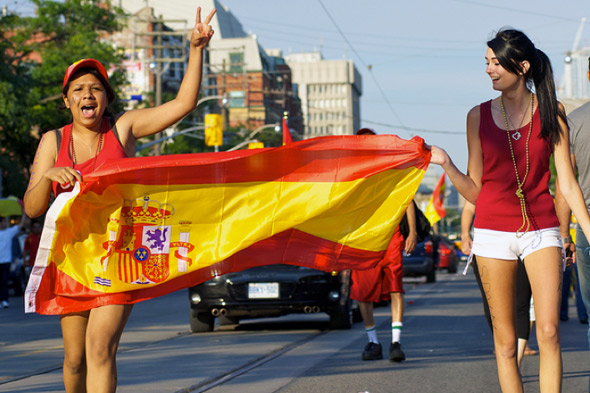 Check out more shots of the celebrations in the slideshow below. If you'd like yours included, simply tag your blogTO pool photo(s) with WC_blogTO.