Although it hasn't officially opened, Toronto's newest park is ready for the public. Canada's Sugar Beach is one of Waterfront Toronto's many projects aimed at revitalizing the city's shoreline. Along with the recently finished Corus Quay, Sugar Beach is one of the few "completed" projects (it's not entirely finished) in the East Bayfront portion of the entire Waterfront plan. 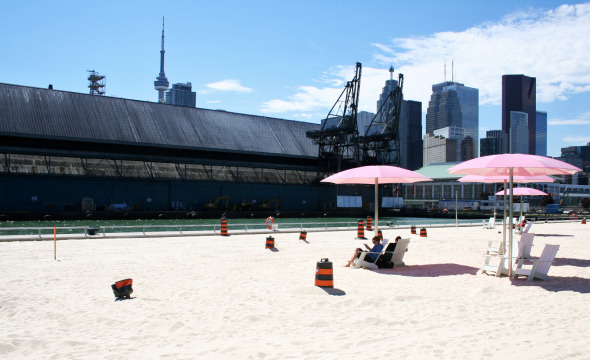 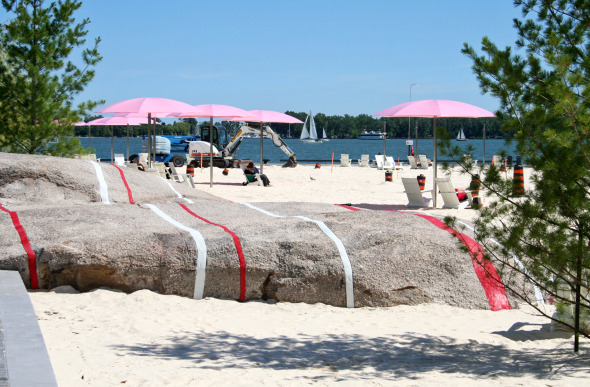 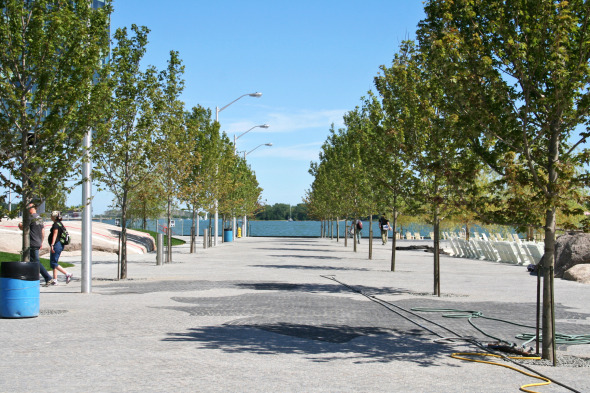 at the foot of Jarvis on Queens Quay East.The design of the park was chosen through a contest held in 2008. The design by Claude Cormier Architectes Paysagistes Inc. won because it made reference to an existing neighbour on the waterfront: the Redpath Sugar Refinery on the other side of the Jarvis Street Slip. Anyone who has visited the area has likely noticed the sweet smell the plant produces.
The park's features echo the sugar theme. Not only does the white sand on the beach looks like sugar, there are pink candy-coloured umbrellas. And large granite rocks - similar to the one in Yorkville's park - have red and white candy stripes. Katy Perry would feel right at home.
The park also features a path that will eventually run uninterruptedly along the entire central waterfront. Bordered on either side by mature trees, it runs diagonally across the park toward the shoreline behind Corus Quay.

The path splits the park in two between the triangular shaped beach and the park section facing Corus Quay. The side of Corus Quay that faces the park features retractable glass walls that open onto performance spaces. Small grassy mounds in the park will allow spectators to watch outdoor performances. 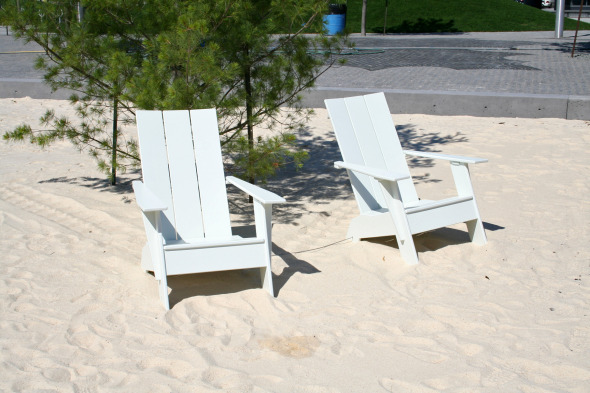 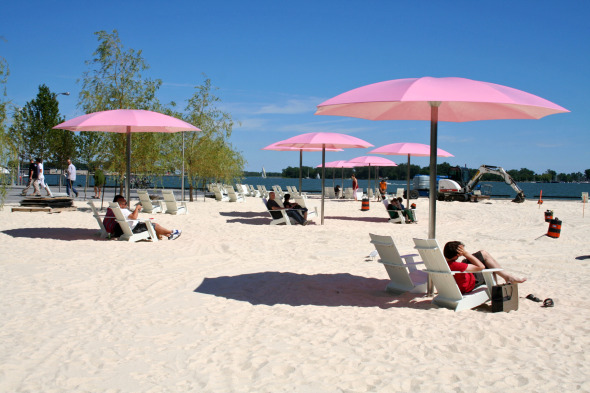 As mentioned, the park is not yet completely finished. There is construction equipment on the site and traffic cones where some umbrellas will be installed. The official opening is scheduled for August. Because of this, it's possible that security might keep people away from the park during the week while construction continues.However, if the surprisingly large number of people who were at the park already is any indication of its future popularity, Sugar Beach is set to become one of the most well-used features on the city's waterfront.