Streetcars have been enduring icons of Toronto, and their constant presence on major downtown streets has made them an integral part of the Toronto's psychological (and literal) streetscape. Postcards and photographs from the interwar period often depict the wooden Peter Witt model, which graced Toronto's streets for many years.

Larry Partridge, in Mind the Door Please: the Story of Toronto and Its Streetcars and in The Witts: An Affectionate Look at Toronto's Original Red Rockets, writes that it was the first electric streetcar to be used in Toronto, named after its designer, a Traction Commissioner from Cleveland, Ohio. In 1920, the newly formed Toronto Transportation Commission set out to reform public transit in Toronto. For this purpose, its representatives visited several cities south of the border to investigate the different types of streetcars in use. 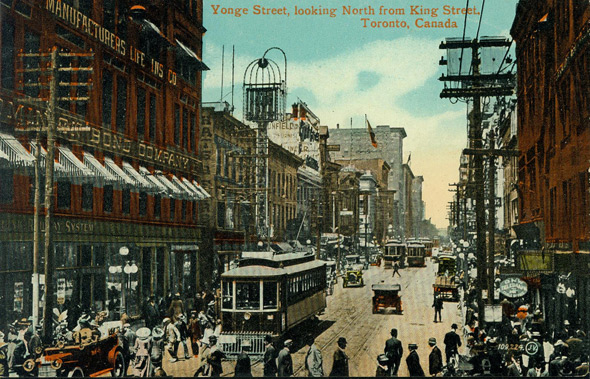 The new streetcar made its debut at the Canadian National Exhibition in August, 1921. The first Witt rolled out on October 2 of the same year. The large model was 51 feet and 10 inches long and could seat over 60 passengers. It was able to pull trailers, but it was also slower than the small Witt. It had four motors, rated at 50 horsepower each. This streetcar was usually seen on major, more heavily used routes, including Yonge, College, Bloor, and Dundas. The small prototype was 47 feet long and could accommodate 55 passengers. It also had four motors of 35 horsepower each. It operated on less busy routes, such as Harbord. 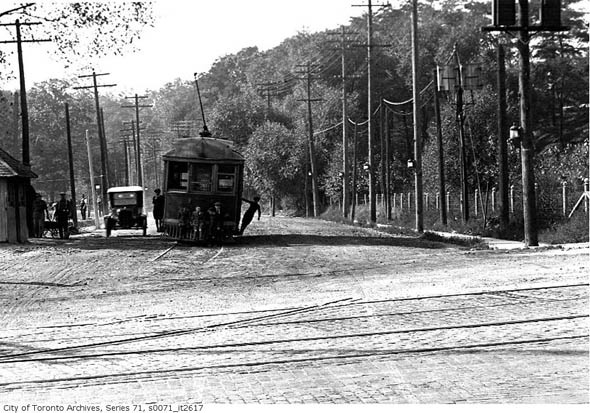 Originally, the seats were made of wooden slats and in winter coal stoves kept the interior of the streetcar warm. In mid-1930s, the interiors were upgraded: the seating was covered in upholstery and forced air blast heaters replaced the stoves.

When the Witts were first introduced, they were innovative in a number of ways. They were considered more comfortable and speedier than the previously used horsecars and coaches. The centre exit doors are described as "power-sliding," while the front entrance folding doors had a drop-down step, which would fold when the doors were closed. Another novelty was the mirrors by the front doors, now a standard feature on all of the TTC's equipment. The brakes were operated by compressed air, with the exception of the hand brake. 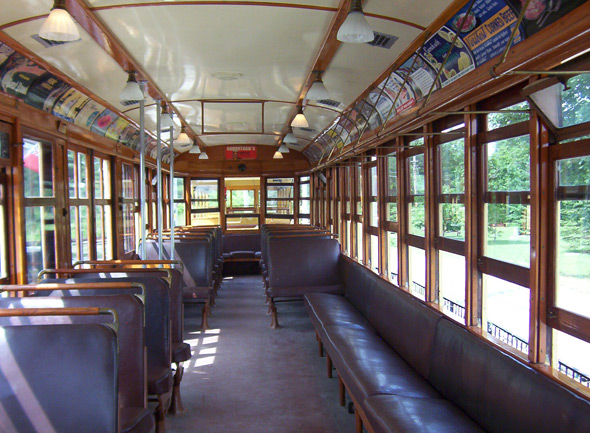 Inside, the motorman's cab was located in the front, opposite the front doors. A sandbox was located right behind him. There were two long seats in the front as well, one being shorter due to the conductor's stand located to the left. The centre doors were to the right of it and opposite the stove. In the back, six seats were located on each site, while another five were all the way in the back. Windows were made of wood, with the top part fixed in the frame, while the bottom part could be opened. 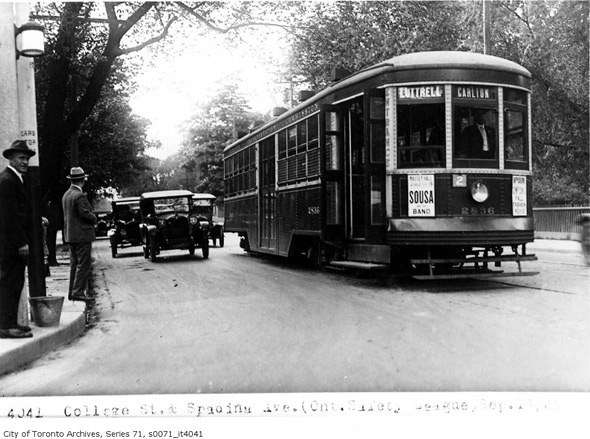 Each Witt was operated by a driver (referred to as a motorman) and a conductor. The latter was assigned to a stand, located to the left of the centre doors, and opposite the stove. Equipped with a farebox, he was responsible for collecting fares from the customers. The conductor was deliberately placed towards the rear of the vehicle, so the riders, passing the fare box, would be directed first to the back seats. In the early 1920s, the adult fare was $0.10 cash. Four tickets cost $0.25, while sixteen could be had for $1.

The Witts were gradually taken out of service, beginning in 1938, when the new Presidents' Conference Committee streetcar was introduced. The PCCs replaced the old models on all major routes, except during the rush hour. The Witts remained on Yonge and Bay at all times. March 30, 1954, marked the opening of the Yonge subway line, from Union Station to Eglinton, and at that point the Witts finally ceased to operate on Yonge after 33 years. They would continue to operate in the rush hour on other routes, but all they were officially retired on February 28, 1963, when the University subway lined was opened. The withdrawn streetcars were stripped of useable parts and then sent to the junk yard.

Currently, the TTC has one restored Witt left in its fleet, which is housed in the Hillcrest Complex at Bathurst and Davenport. Another streetcar of this model is also part of the collection of the wonderful and highly recommended Halton County Radial Railway Museum, in Milton, where you can catch a nostalgic ride. 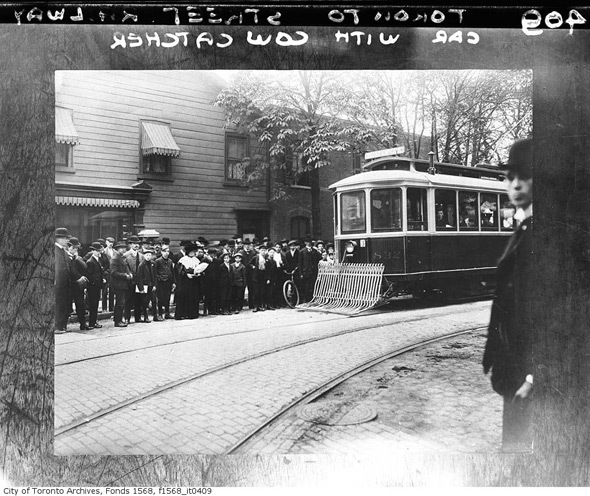 Photos from the Toronto Archives (series and fond information at bottom of image) and the Wikimedia Commons. Postcard and 2006 photographs from the author's collection.