Fire destroys Musa and several homes at Dundas and Euclid

A fire has destroyed Musa and several other homes in the Dundas and Euclid area. Although the fire department has yet to confirm the origin of the blaze, numerous reports from eye-witnesses claim that it broke out on the upper floor apartment or balcony south of the restaurant in the same building just before 3 p.m.. Thick smoke could be seen from kilometres away during the firefighters efforts to get the fire under control. 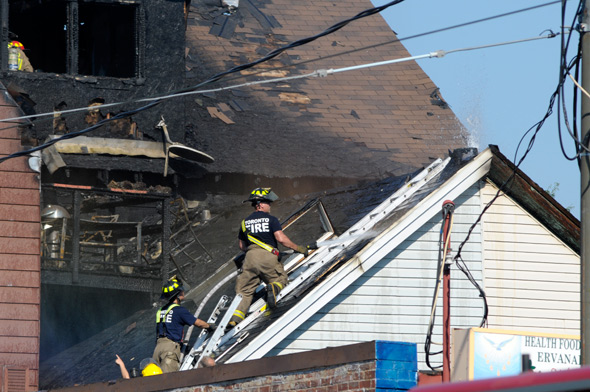 According the National Post, no one was injured in the fire despite the fact that it raged for two hours before crews could get it under control. Qualifying as a five-alarm blaze, more than 20 trucks and 100 fireman were sent to the scene. 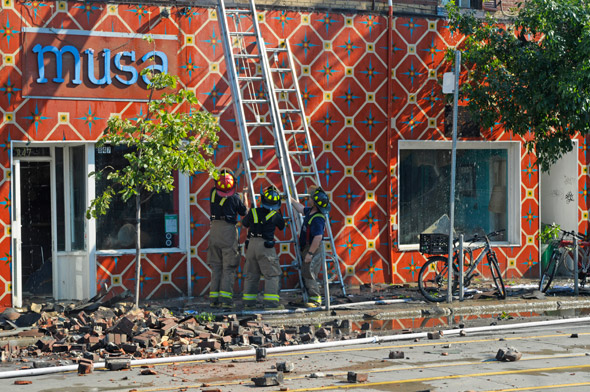 Although the fire did spread south on Euclid damaging homes at 198, 200 and 202 Eucid, the popular Cafe Brasiliano appears to have been spared any major damage. 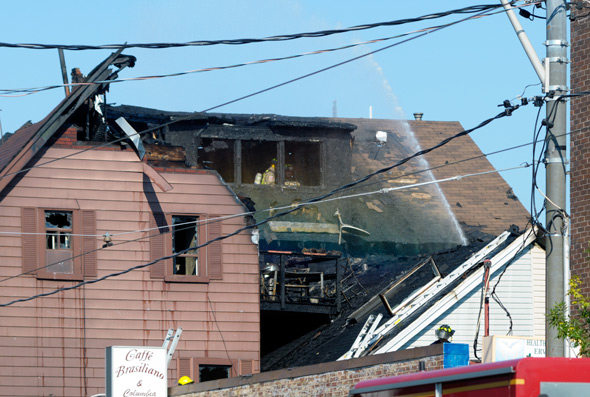 As good as this news is, residents watching the clean-up effort were already bemoaning the (at the very minimum) temporary loss of Musa. One local I spoke to remarked that the "people there were always so nice...it was one of the best brunch places in the neighbourhood."

The restaurant was set to celebrate its ninth anniversary next week. To say that this is a unlucky turn of events is an understatement.

Quoting Fire Department Captain Mike Strapko, the Globe reports that Musa may face demolition: "I'm not sure whether they're going to tear the building down or do the investigation as is - they might have to shore it up with two-by-fours."

Although the paper describes the houses at 200 and 202 Euclid as "severely damaged," Capt. Strapko did indicate that 198 was mostly saved. 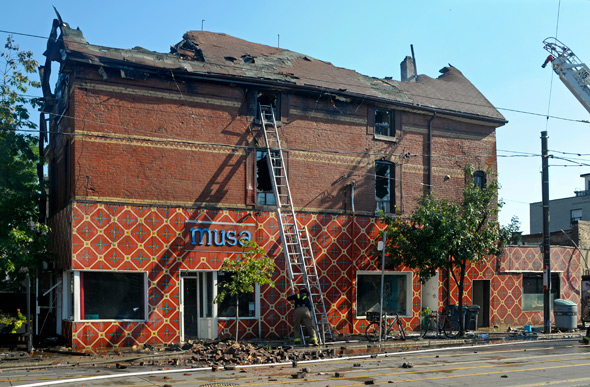