It's mid afternoon and Leo Mourtos is just sitting down to take a break from the lunchtime rush. As the owner of Zupa's Restaurant & Deli, located at 342 1/2 Adelaide St. W., he is one of the few staples in a neighbourhood in constant flux. Zupa's, a tradition since 1975, was only taken over by Mourtos seven years ago, but as the mustachioed proprietor explains, he's become somewhat of a fixture.

"I embrace my business with a very positive attitude," he said. " I'll bend over backwards to take care of my customers." 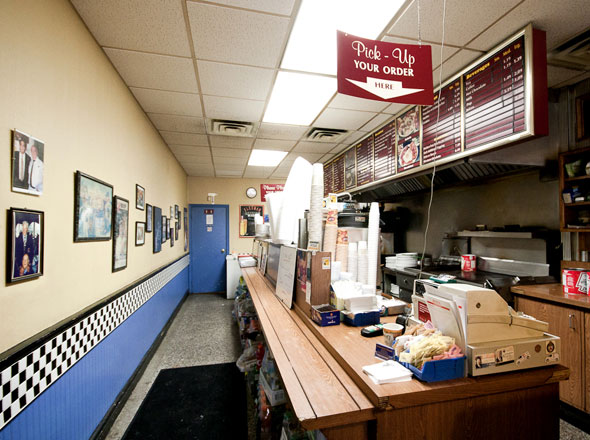 It's that kind of old world attitude that comes through so easily when speaking to Mourtos. He's warm and inviting and seems to know everyone in the neighbourhood. Even as we speak, people are steadily popping in to say hello and he is always delighted to engage.

The building is a modest structure built in a former laneway. It's a little haphazard but that's part of its charm. Any given morning the place fills up with suits and labourers alike all looking for a classic breakfast and a bottomless cup of coffee to start the day. 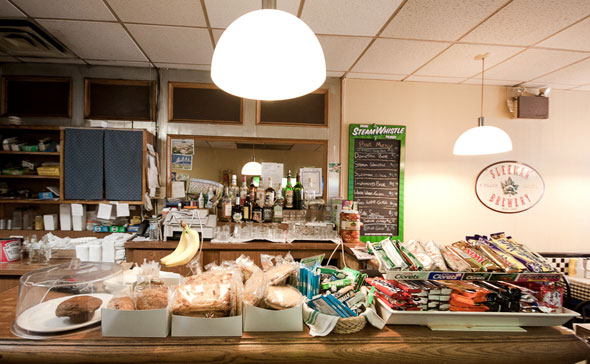 But even those regulars to the neighbourhood have started to change. Since the mid-nineties nightclubs have been steadily moving in, driving real estate rates sky high and putting a strain on many of the traditional businesses of the area.

Mourtos's neighbour, Chris Kotsaboikidis, owns and operates New York Furs next door at 342 Adelaide St. W. When he moved in 17 years ago, the neighbourhood was littered with small manufacturers pumping out leather, fur and various other garments, but when the clubs began moving in, many of Kotsaboikidis's colleagues moved out. 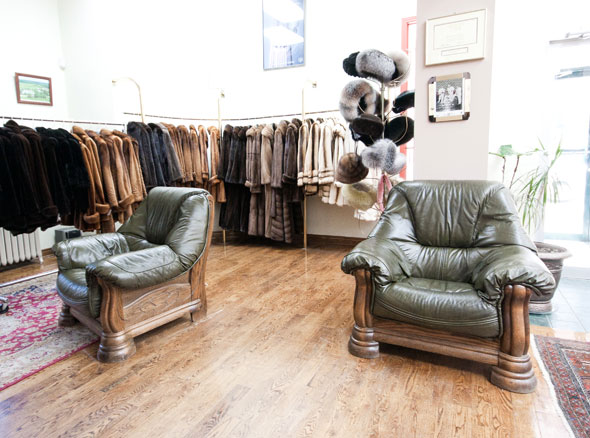 "A lot of the fashion businesses moved up to Lawrence because real estate got so expensive here," he said. "It used to be a lot cheaper, now it's five times the money because of all the restaurants and clubs."

Today Kotsaboikidis is one of just a few left from that former era. As the area becomes better known for its nightlife, retailers like Kotsaboikidis have a tougher and tougher time attracting the clientele down to their storefronts.

"The More bars and nightclubs that open, the more the retail business goes down," he said. 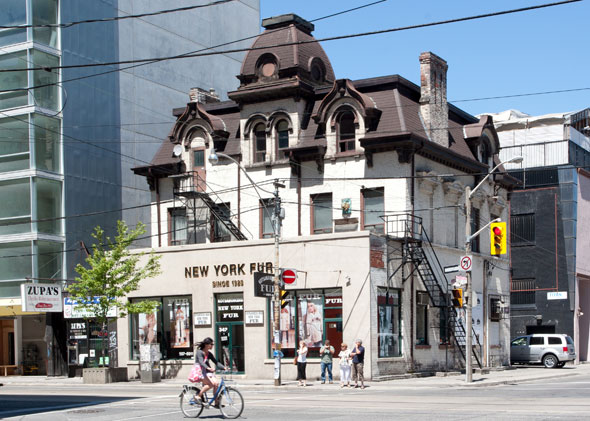 And while Mourtos might have a steady clientele of regulars in the area, he's sympathetic; but his issue with the nightlife is more about respect.

"My neighbours are a club and now my parking is always filthy, " he said. "They have hoses coming down the wall and as the rain comes it dumps on our side. During the winter months it freezes and what happens is it can fall and cut like a knife, it happened. The car next door was cut in half by it."

And while the nightclubs attract a lot of people to the area, it's not really the clientele Mourtos is looking for. 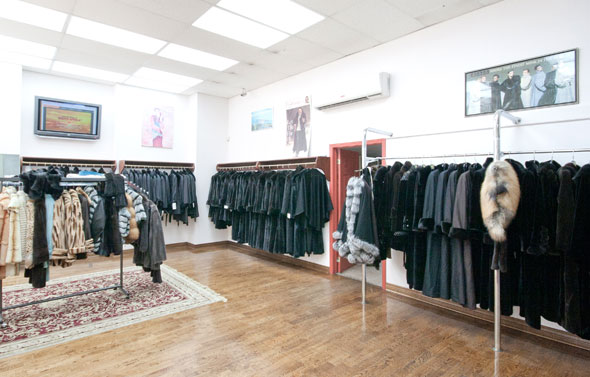 But just as the clubs replaced manufacturers, a new dimension to the neighbourhood is beginning to sprout up that gives Mourtos hope--people. While many might gripe about the condo boom in Toronto, many downtown merchants benefit from the increased foot traffic. Not only that, but a strong residential population in the area does a lot to prevent free reign for the various club owners. 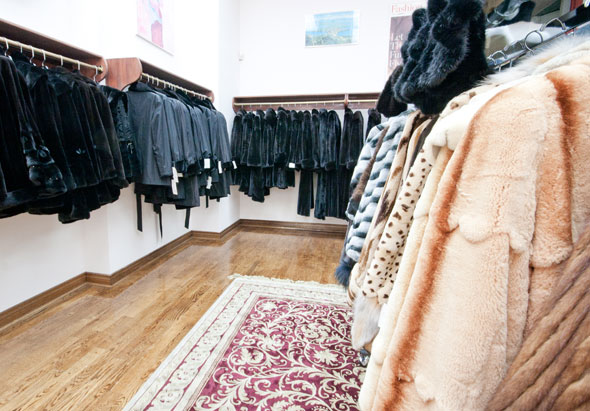 "It's changing, the people at city hall are trying to move the clubs out of the area, " he said. "It's becoming kind of a high-end area that is desirable, whether its condos or restaurants."

Kotsaboikidis agrees. He's looking forward to seeing more people back in the neighbourhood.

"I think it's getting better because it's becoming more residential," he said. " It will be good for the area. "