When condo developers and heritage collide, it doesn't always end in disaster for the heritage. One of the city's most remarkable heritage properties - 111 St Clair Avenue West - may just have found a new lease on life. And this time, the condo developers could be the good guys. 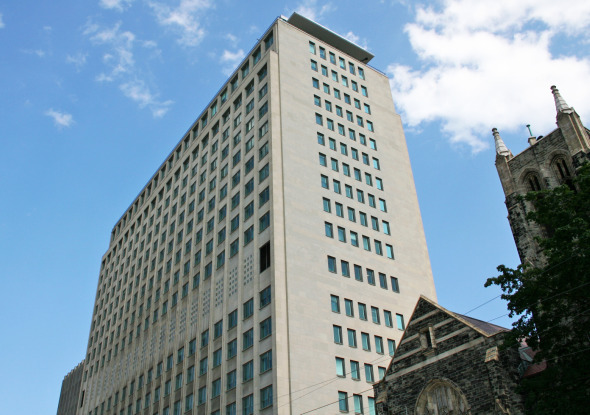 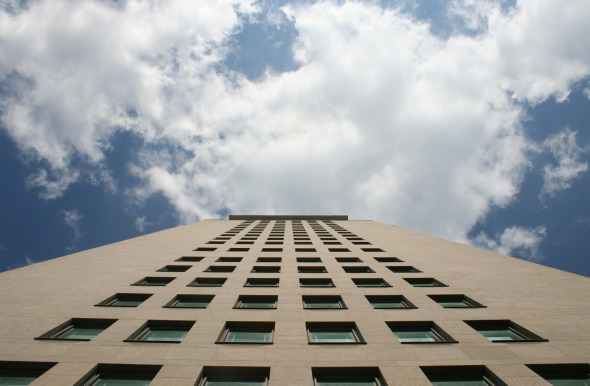 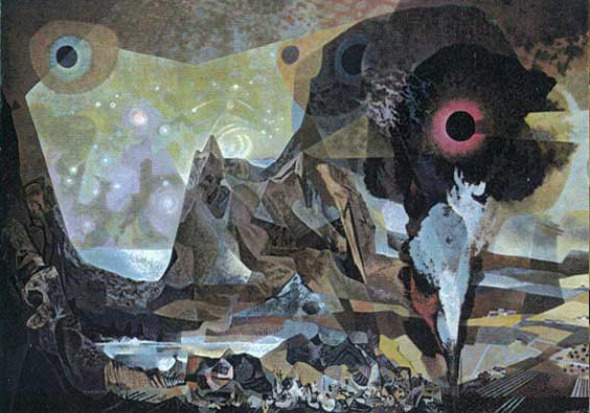 , has a trivia-packed history. First of all, its design was originally proposed for New City Hall. When the city rejected it in favour of an international competition - which produced the winning design by Viljo Revell - the design was tweaked and reused for the new Imperial Oil headquarters. Construction was completed in 1957. Heralded at the time as "one of the most modern office buildings in North America," contemporary critics still suggest it is one of the best designed office buildings in the city.The building features a mural called the "Story of Oil" by Toronto artist York Wilson. A popular artist in the mid-century, Wilson also produced murals for the O'Keefe Centre and the MacDonald Block. For this mural, Wilson spent three years researching and preparing in order to properly produce a visualization of the history of oil's discovery and use. Compared to our contemporary distrust of oil, the mural is a reminder of a time when people had a much more positive view of the substance.The building was also a major landmark when it was built. It featured an observation deck that was the highest in the city until the TD Centre was built. Some views from the observation deck (as well as some interiors) can be seen here.

In 2004, Imperial Oil moved its headquarters 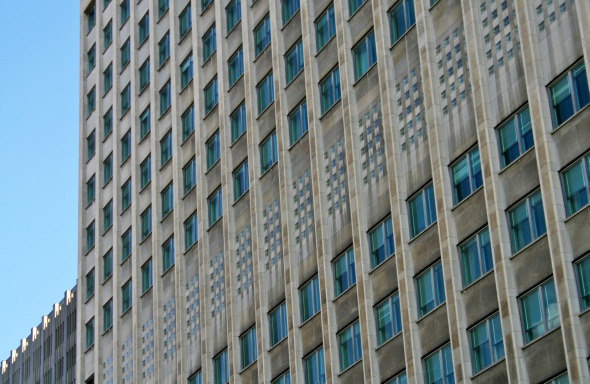 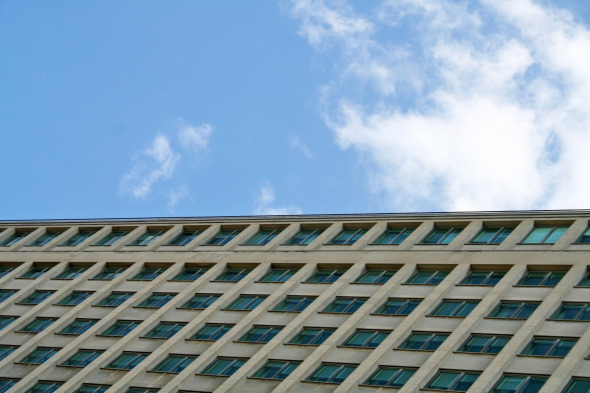 , leaving the building empty of tenants. Due to the high cost of the land, property and of refurbishment, some people feared the Imperial Oil building would be demolished (despite being listed as heritage in 2005). But a website has appeared that is taking registrations for a condominium at 111 St Clair Avenue West. Some real estate agents claim that the building will be "converted" - fueling hope that substantial portions of the building will be retained.The rumoured developer Camrost-Felcorp - the company could not verify this information by the time of posting - has also produced the nearby The Avenue building. The large building site also includes a parking lot which will likely be redeveloped into another tower or low-rise buildings.Many details remain to be sorted out. But for now, there is tentative hope that a key part of Toronto's heritage will be substantially saved.