Woofstock and the 2010 World Cup collide

Woofstock, the largest dog festival in North America, came to Toronto's St. Lawrence Market neighbourhood over the weekend. This year, it coincided with the FIFA 2010 World Cup. 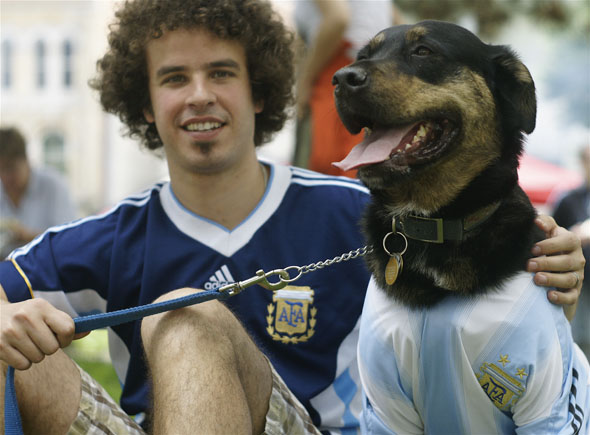 Then there's Darwin, a three-year-old Rottweiler-German Shepard cross with his owner Alan Rokeach, 30. They both support the Argentina team. 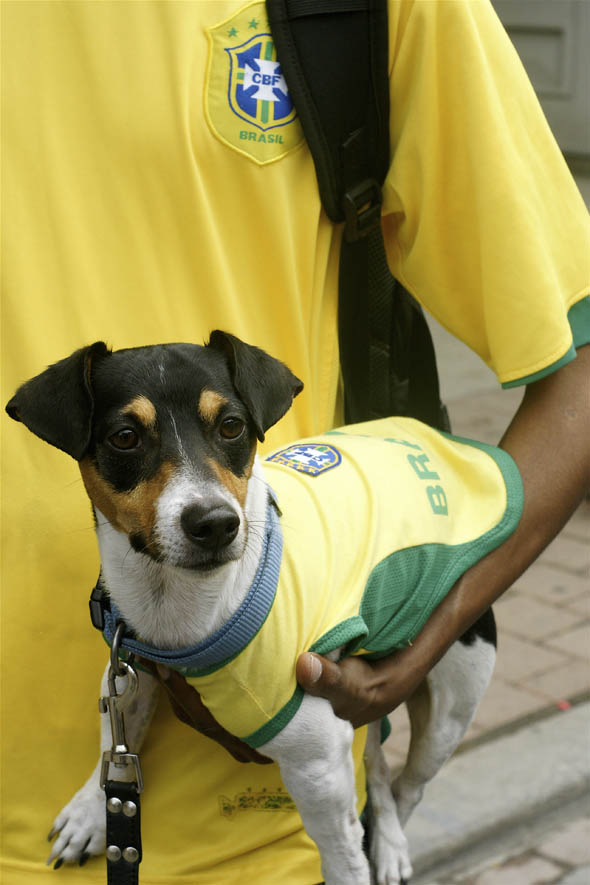 Sporting a bright yellow and green jersey is Boxer, a three-year-old Jack Russell Terrier, held by his owner Omar. 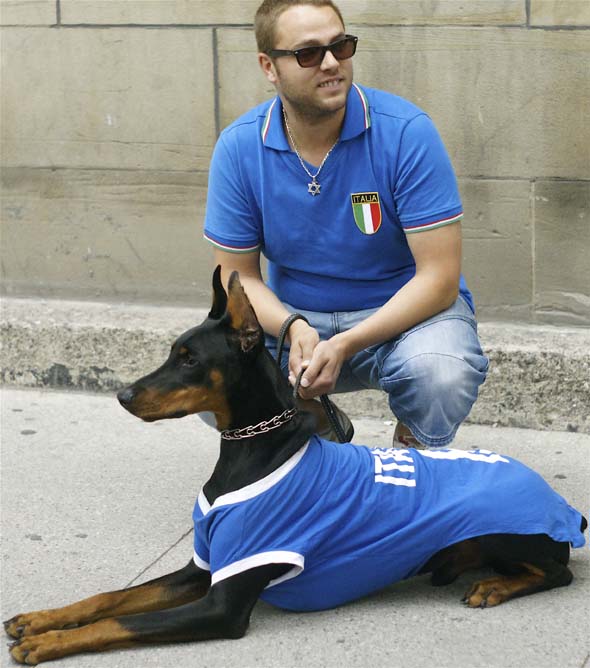 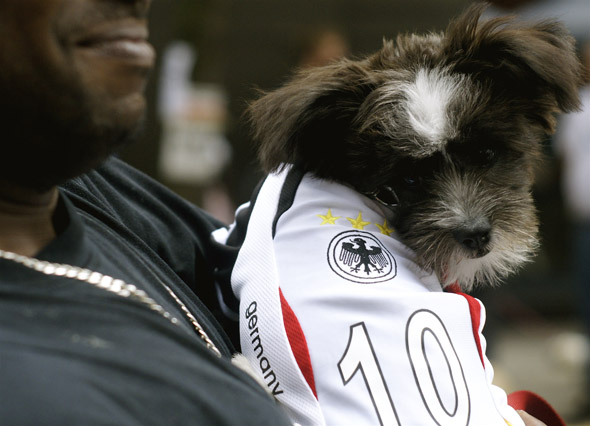 One of the cutest soccer fan pooches is Eli, a five-month-old Papi-Shih (Papillon-Shih Tzu cross) sporting a Germany team jersey. 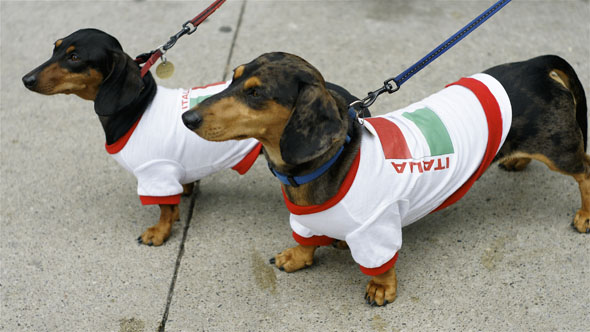 I found it odd to see two Dachshunds, Lucy and Luke, dressed in Italian soccer jerseys. Perhaps their owners rather have German wiener dogs pretending to be Italian than own two Italian Greyhounds. 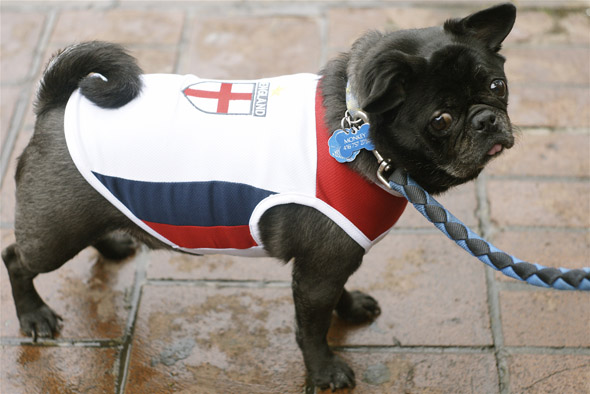 I encountered other small dogs at Woofstock that were fierce footie fans, including Monkey, a nine-year-old Pug who's rooting for England. 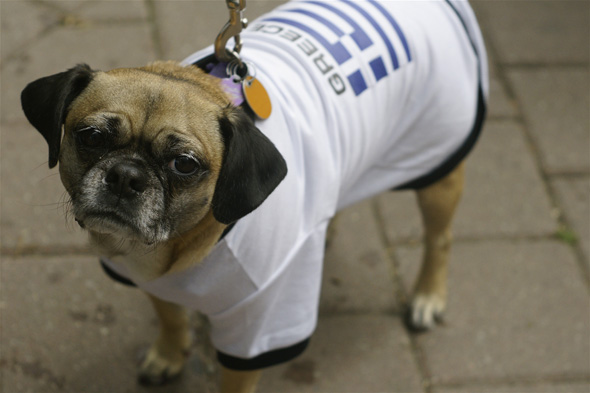 Rounding up the Woofstock soccer dogs I spotted on Sunday is Chloe, a four-year-old Pug-Boston Terrier mix, proudly wearing her team Greece t-shirt. And Chico, a three-year-old Chihuahua in -- what else? -- a Mexico soccer jersey. Yo quiero la copa del mundo! 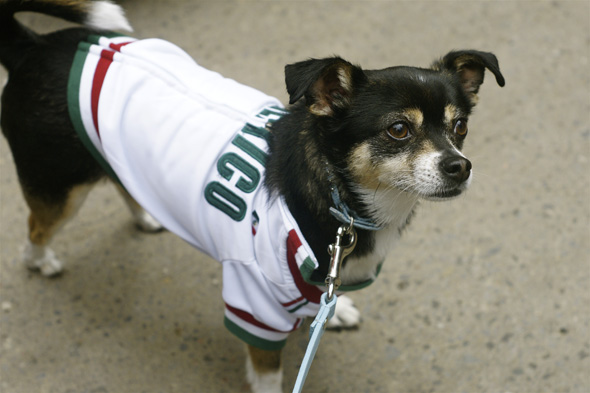