Native groups protest in Toronto on eve of G20

Native groups and their supporters took over downtown streets on Thursday afternoon to bring attention to issues facing First Nations communities across the country. The protest began at Queen's Park with speeches denouncing the G20 and Canada's Conservative government. Protest leaders were fiery and angry but encouraged everyone to remove face coverings, stay peaceful, and not head towards the fence. They even arranged their own security for the event. 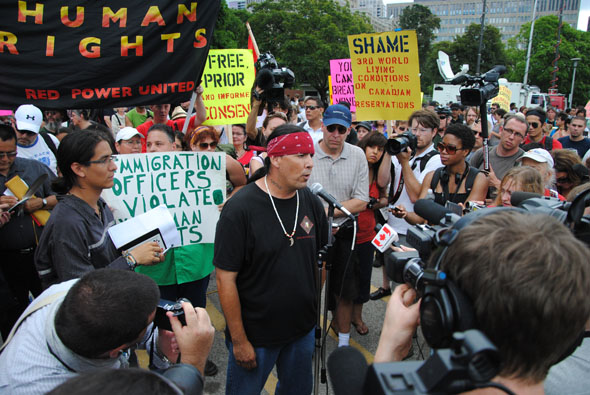 The marchers stopped at several intersections to perform Native music, forcing traffic to grind to a halt. 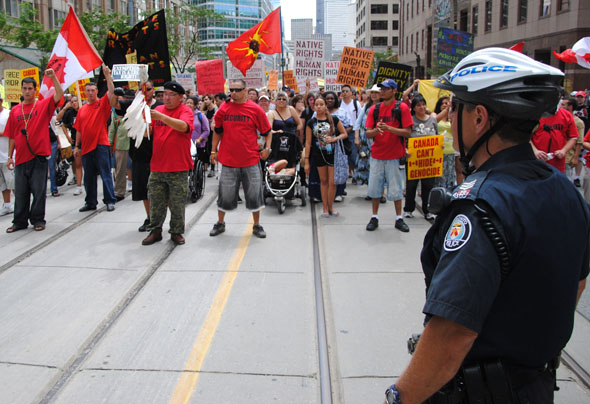 Despite the congestion, the rally was a peaceful affair. Maybe all the talk about protester violence and police harassment was an exaggeration? Hopefully, but we'll have to wait until the weekend to find out. 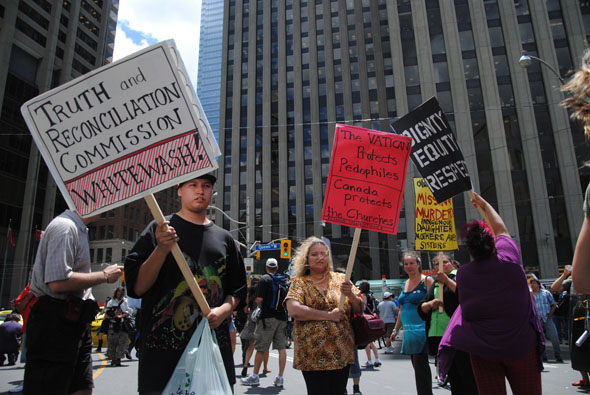 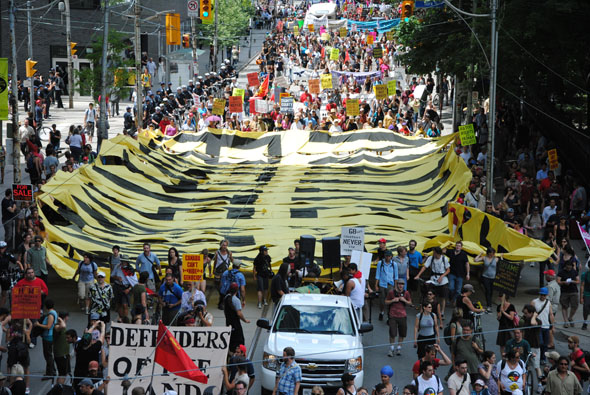 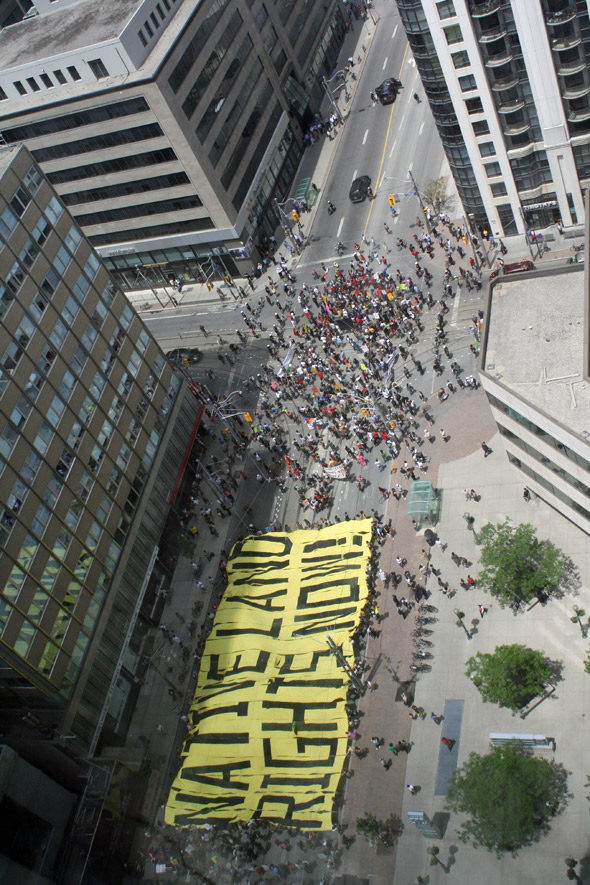 All images by the author except for the last, which was sent to us by June Avila.

Additional photos from the protest in the slide show below: