Will the City's heritage laws save Glen Road?

Boarded-up buildings are littered around the city. Symbols of neglect and crime, these homes are wasted opportunities for a city in need of affordable housing. If you've ever left the South Glen Road exit of the Sherbourne subway station, you've seen a particularly vivid example. There is a row of boarded-up Victorian houses that have sat this way for at least a decade. When we are confronted with neglect like this, we often wonder how it can be fixed. The answer for Glen Road is potentially a very positive one -- and one that has wider implications for the city. 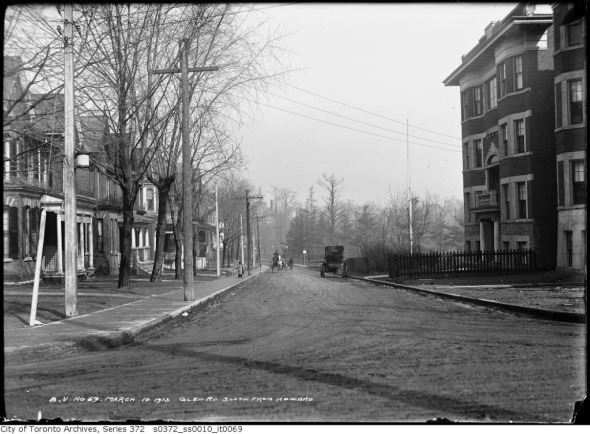 Before St. James Town became one of the most densely populated places in North America, the area was largely indistinguishable from the Rosedale neighbourhoods north of it. In the 19th century, the neighbourhood featured rows and rows of three-storey Victorian homes. By 1914, however, the Bloor Street Extension had cut off St. James Town from Rosedale.

In the 1950's and 1960's, developers used blockbusting techniques to clear the land for the high-rises that currently exist. And in 2001, the area had become so rundown that muggings were reportedly common and the half-brother of Jamaal Magloire was shot and killed nearby. 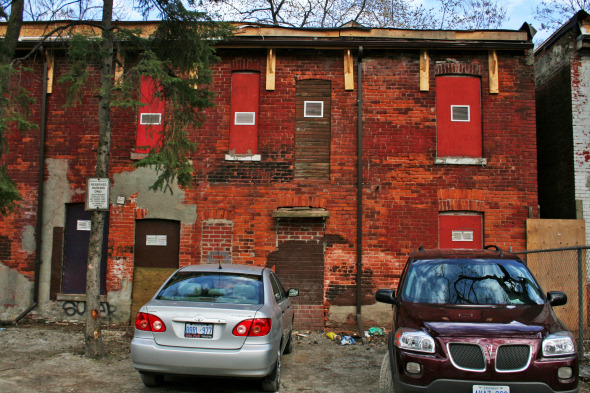 Other areas in the city have recently bounced back from this level of neglect partially from the hard work of individual homeowners. But the owners of these properties are not engaging in restoration, and there is speculation that they are looking to develop the area for high-rises. Destroying the homes outright is difficult due to heritage legislation. Nevertheless, a more insidious form of demolition is allegedly taking place. 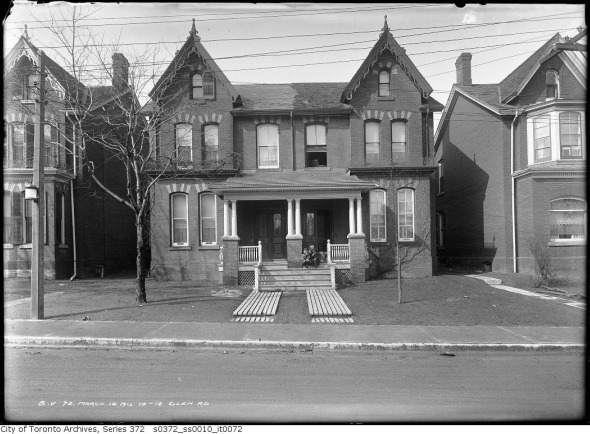 In 2006, a nearby home -- 6 Howard Street -- was demolished after its roof collapsed under suspicious circumstances. Councillor Kyle Rae has photos of the property before it collapsed. These photos, taken from a nearby building, show a large piece of lumber jutting from a hole in the roof, and bricks in piles near the chimney. At the time, the resident superintendent, Larry Clydesdale, called it "demolition by neglect." Pam McConnell, the city councillor for the area, was more blunt: "This is a typical case where there was a decision by the owners to let this building fall down." In 2007, prompted by this collapse and to changes to the Ontario Heritage Act, a bylaw was passed that enabled the city to force owners to maintain heritage properties. 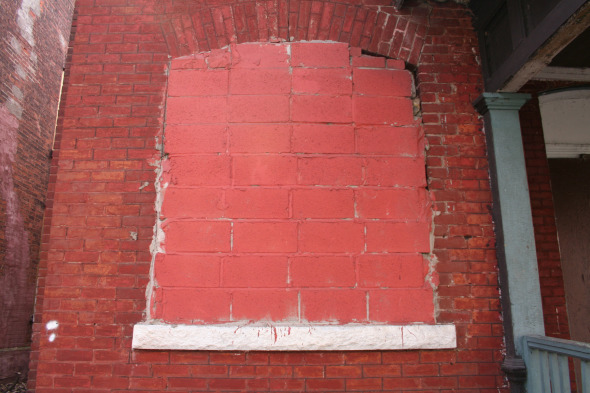 Once the bylaw was in place, the city moved to designate the properties in the area as heritage (they were originally just listed, a weaker form of protection). When the city moves to do this, however, the property owners have a chance to contest the heritage designation before the Conservation Review Board. The hearing for the decision regarding the properties is set for August 16th. When I asked city staff what sorts of things the owners could be contesting, they suggested that the most likely grounds would be that the property's heritage is not significant, or that only aspects of the heritage should be saved (such as the property's facades). 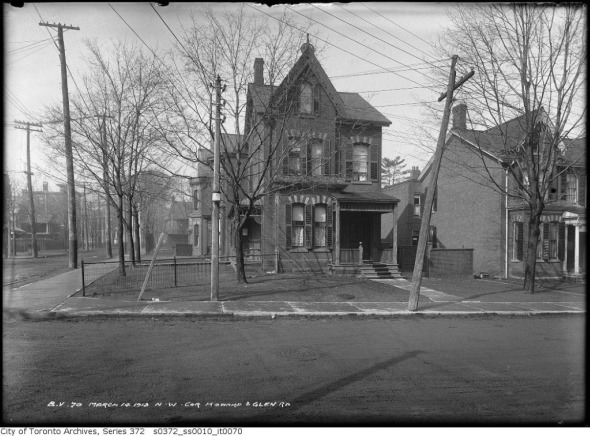 However, the fortunate aspect of this process from a heritage point of view is that although the Conservation Review Board has to assess the properties, City Council is not bound by the Board's recommendations. All indications are that City Council will support the full heritage designation for these properties. At a recent community planning meeting for the area, community residents suggested that these buildings could be turned into cafes and retail, similar to Baldwin Street or the Distillery District. Whatever their use, these homes could offer much to a community that is one of the poorest in the city. 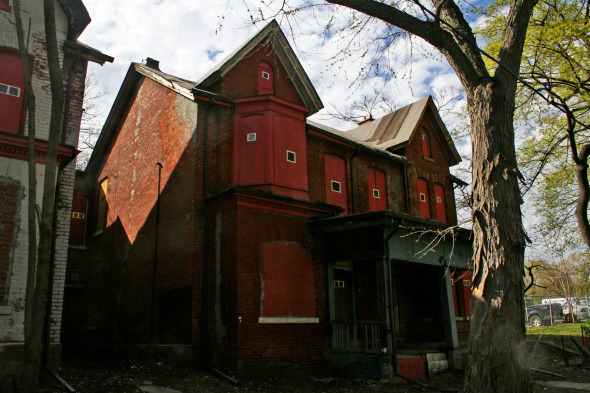 At the meeting I attended, Councillor Pam McConnell urged residents to inform her office of any potential signs of neglect, such as raccoons entering the property. Since the heritage bylaw has only been in place since 2007, Glen Road is one of the major test cases for its effectiveness, and McConnell wants to see it succeed. The success of Glen Road could mean a significant step forward for the city's heritage protection, and could help prevent the destruction of further properties through willful neglect.

All pictures by Matthew Harris except the black and white images from the City of Toronto Archives.