Toronto is increasingly suffering through a drought of affordable housing options. According to the Toronto Real Estate Board, the average price for a home in the 416 is close to half a million dollars. The average monthly rental price for a one bedroom apartment in Toronto is $926.

And even if many Torontonians could afford these prices in the long term, some simply cannot get approved for loans or new rentals because they seem like too much of a risk. These people include the mentally ill, single mothers and women fleeing abuse. Although addressing the difficulty these people have in finding housing may seem intractable, a modest building rising near the downtown bus station aims to make a dent in the issue. 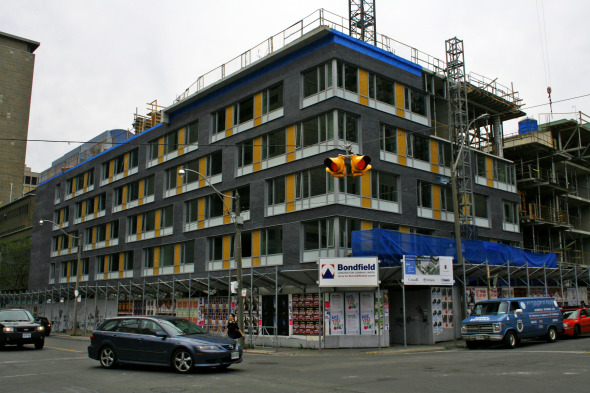 Enter the YWCA Elm Centre. The project will provide rental housing for low-income women, particularly women with children; supportive housing with rent geared to income for women suffering from mental health and substance abuse problems; and fifty units for women of aboriginal descent. There will be case workers on site to look after the women who require the most assistance. The location will also be a major benefit for the residents, due to its proximity to job opportunities, transportation and education facilities. 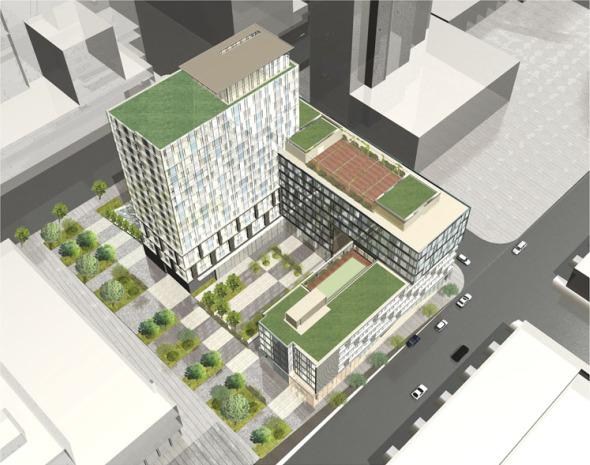 The original idea for the building arose from the ashes of a failed condo. The city had initially approved a developer to build a condo on the site. But when the developer's deal fell through, the property was temporarily used as a homeless shelter. Since the city had already zoned the area for a much greater density, it held a request for proposals (RFP) to create a facility for permanent residents. The YWCA was chosen due to its compelling proposal and experience in running subsidized housing. 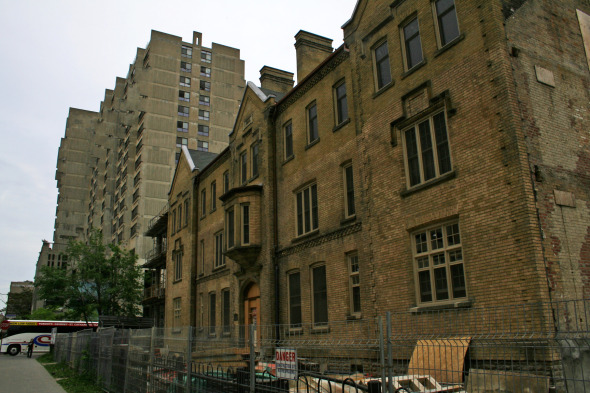 The YWCA has also followed in the steps of some of the other subsidized housing in the city, and has had two of the most respected architecture firms in the city - regionalArchitects, in partnership with Hilditch Architect - designed the building. The building will be LEED rated and will feature green roofs.

It also incorporates part of the Laughlen Lodge (the rest of it was demolished to build the site's previous building). Built in 1848, Laughlen Lodge is one of Toronto's oldest remaining structures. When this part of the building is renovated, it will be the new headquarters of the YWCA. 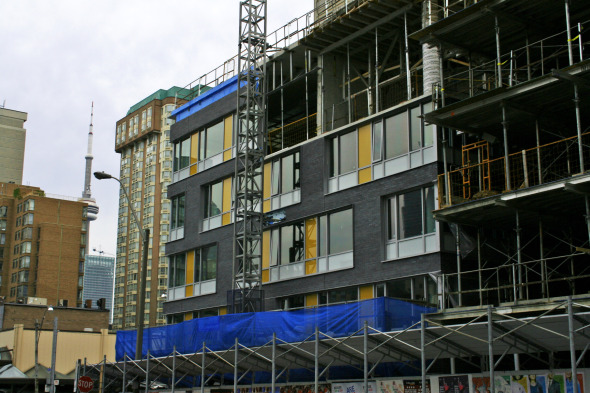 Even with all of the support the project has received - the estate of Kenneth Thomson has pitched in, and donated $5 million in the name of his sister, Irma Brydson - some people are likely to question whether it helps or hurts the community. Councillor Kyle Rae predicts some people will just dismiss it. "People will assume that because (the project is) subsidized," he said. "Or for people with mental illnesses or aboriginal people, it's a shelter. They won't see it as an apartment building."

We'll have to wait another year to see if it pans out as a positive contribution to the city: the building's completion is set for 2011. And for those interested in living here, YWCA will be accepting applications in June.

All photos are by Matthew Harris except for the overhead shot and the rendering, which are from regionalArchitects.