Atop City Hall sits a sanctuary that’s hidden from the bustle of Nathan Phillips Square below.

While it’s not located at the very apex of either curved towers, this secluded green space sits on City Hall’s spacecraft-entrance of a podium, just past the winding ceremonial ramp that leads from the square to the garden’s southern section. 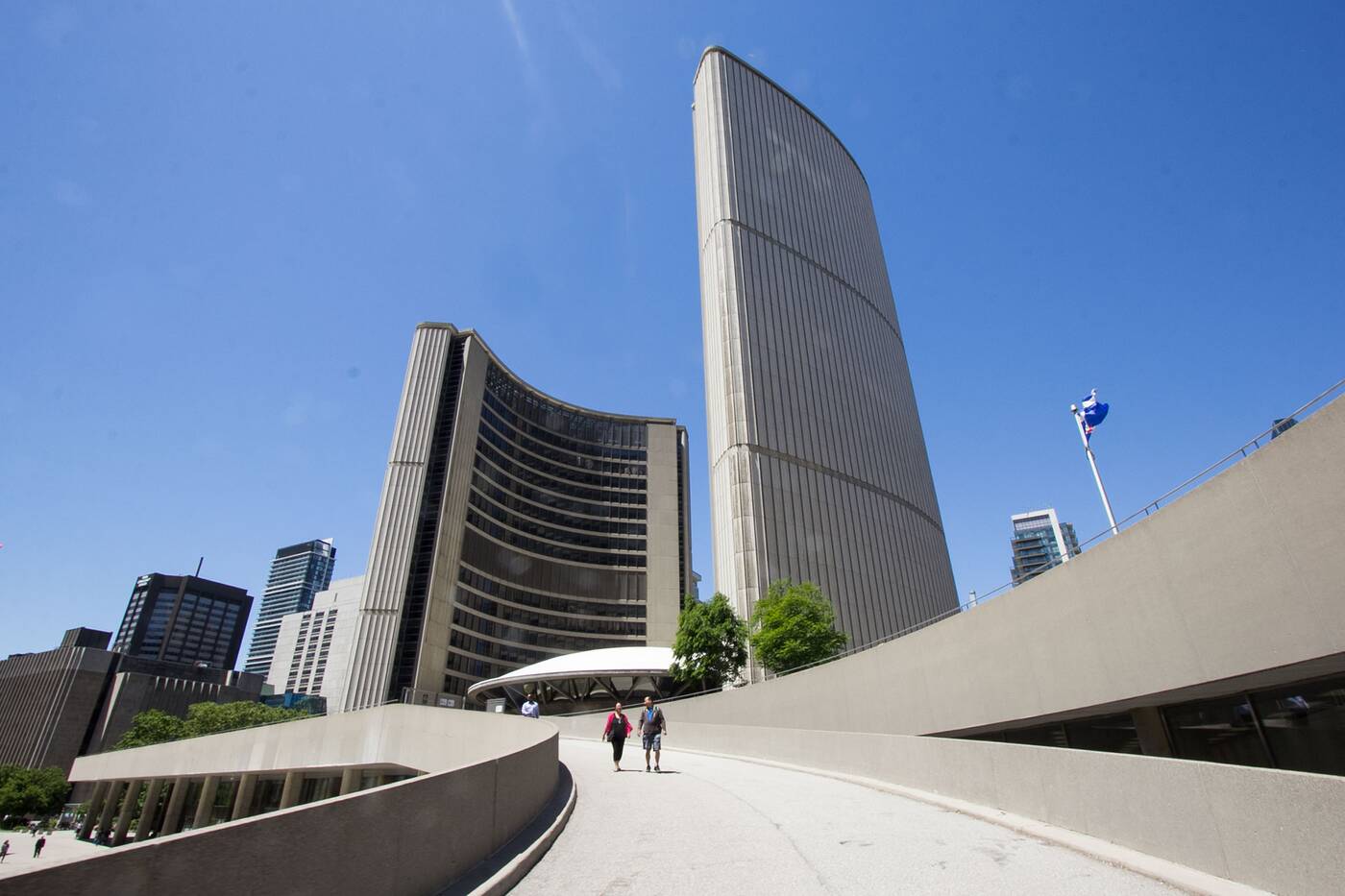 Open year round, Toronto’s largest publicly accessible green roof was unveiled back in 2010 when the entire square was in the baby stages of its revitalization. It was a dramatic transformation from the grey landscape that was there before. 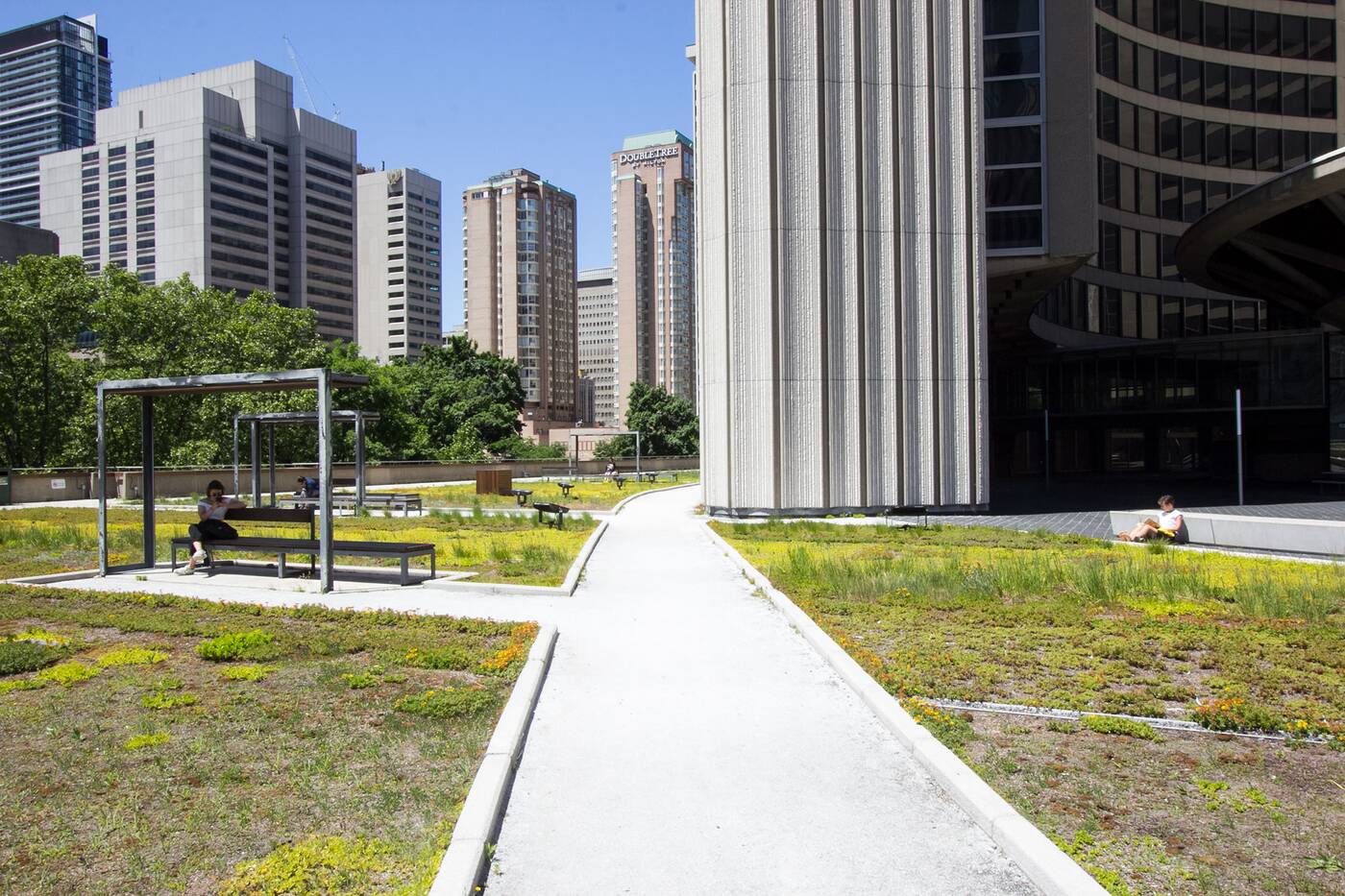 The green roof is a secluded retreat on top of City Hall. 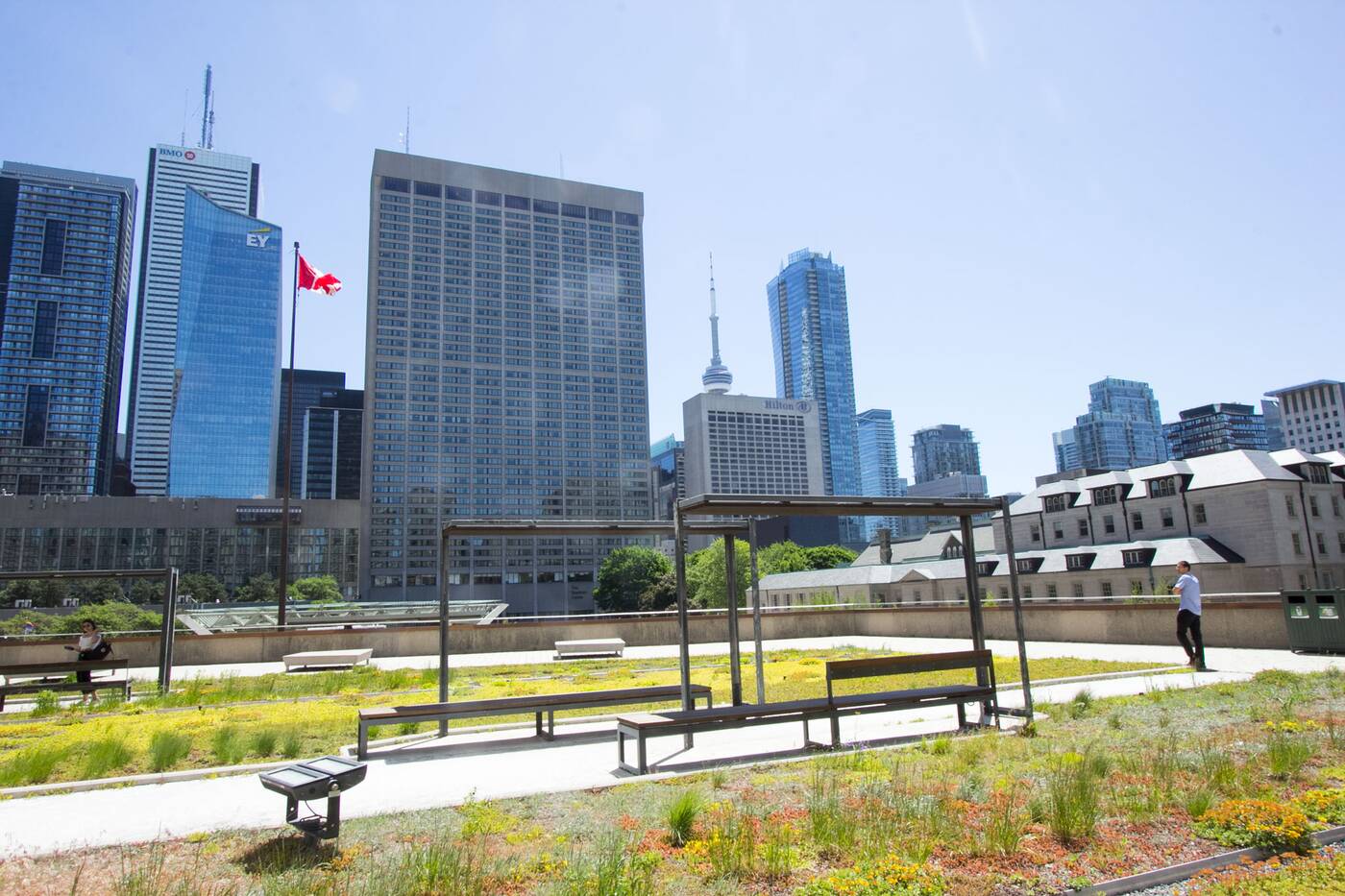 On any given warm day you’ll find people sitting, often solo, on the minimalist ipe wood benches scattered around the roof. There are few better ways to escape the daily grind of municipal politics than sunbathing amidst beds of new blooms.

Not only is the green roof a visual reprieve for urban eyes, it’s commendably practical as well. 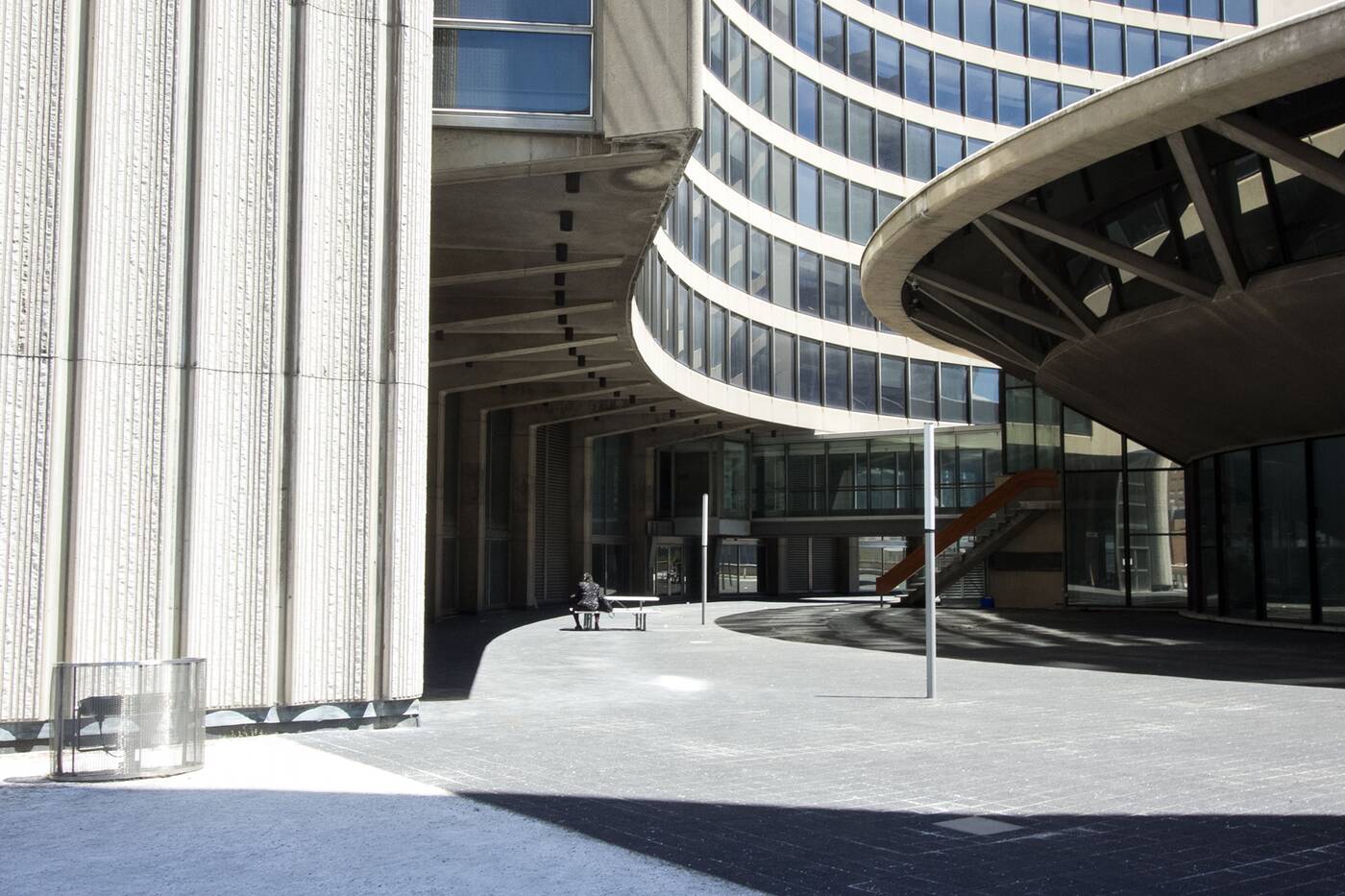 Designed by the green-centric firm PLANT Architects, the trays of pre-grown plants forming the lawn improves — among many other things — the thermal and sound insulation at City Hall (muffling any angry yelling coming from inside council chambers). 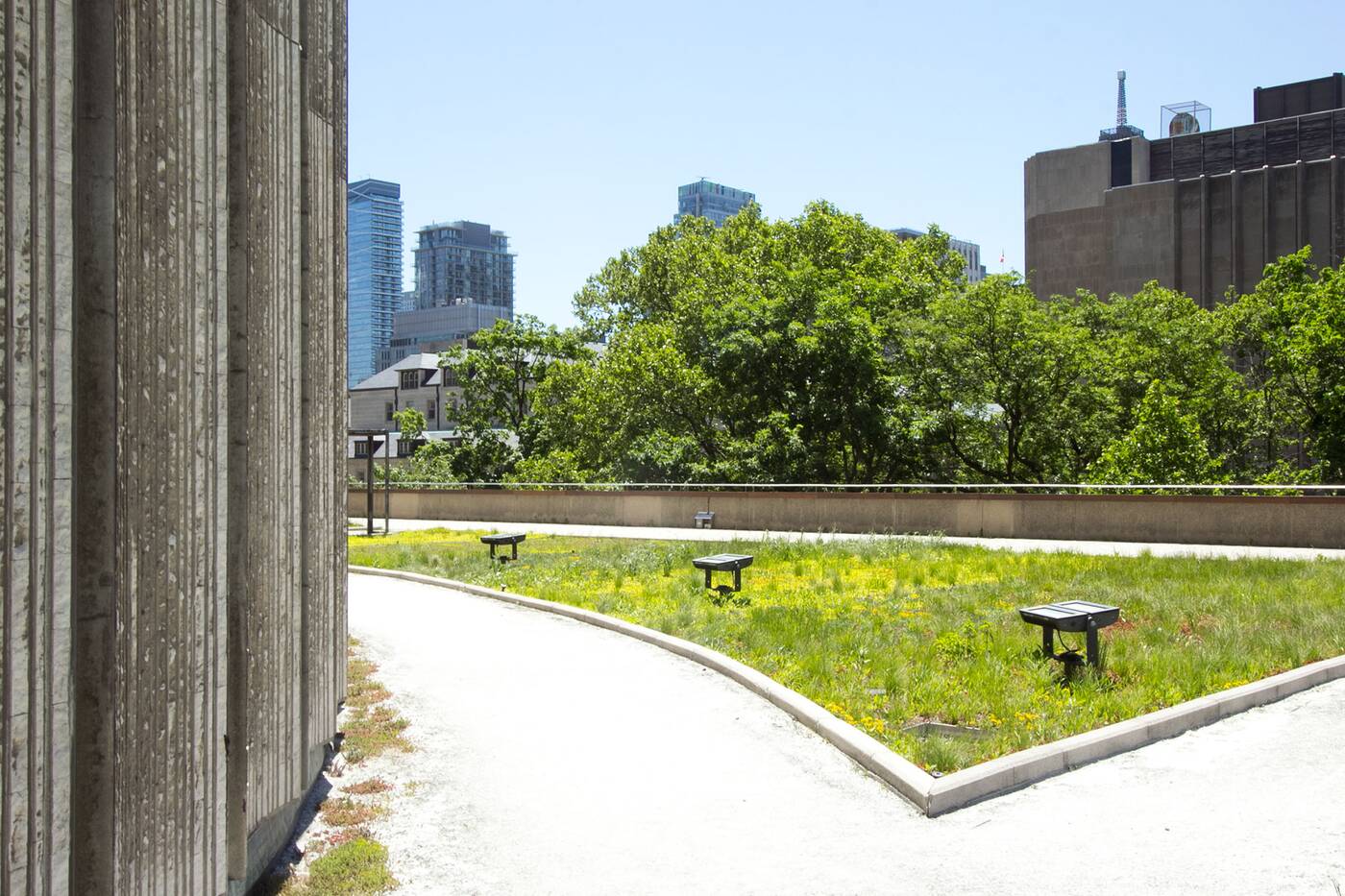 A path rounds the side of City Hall and you leads you through the garden. 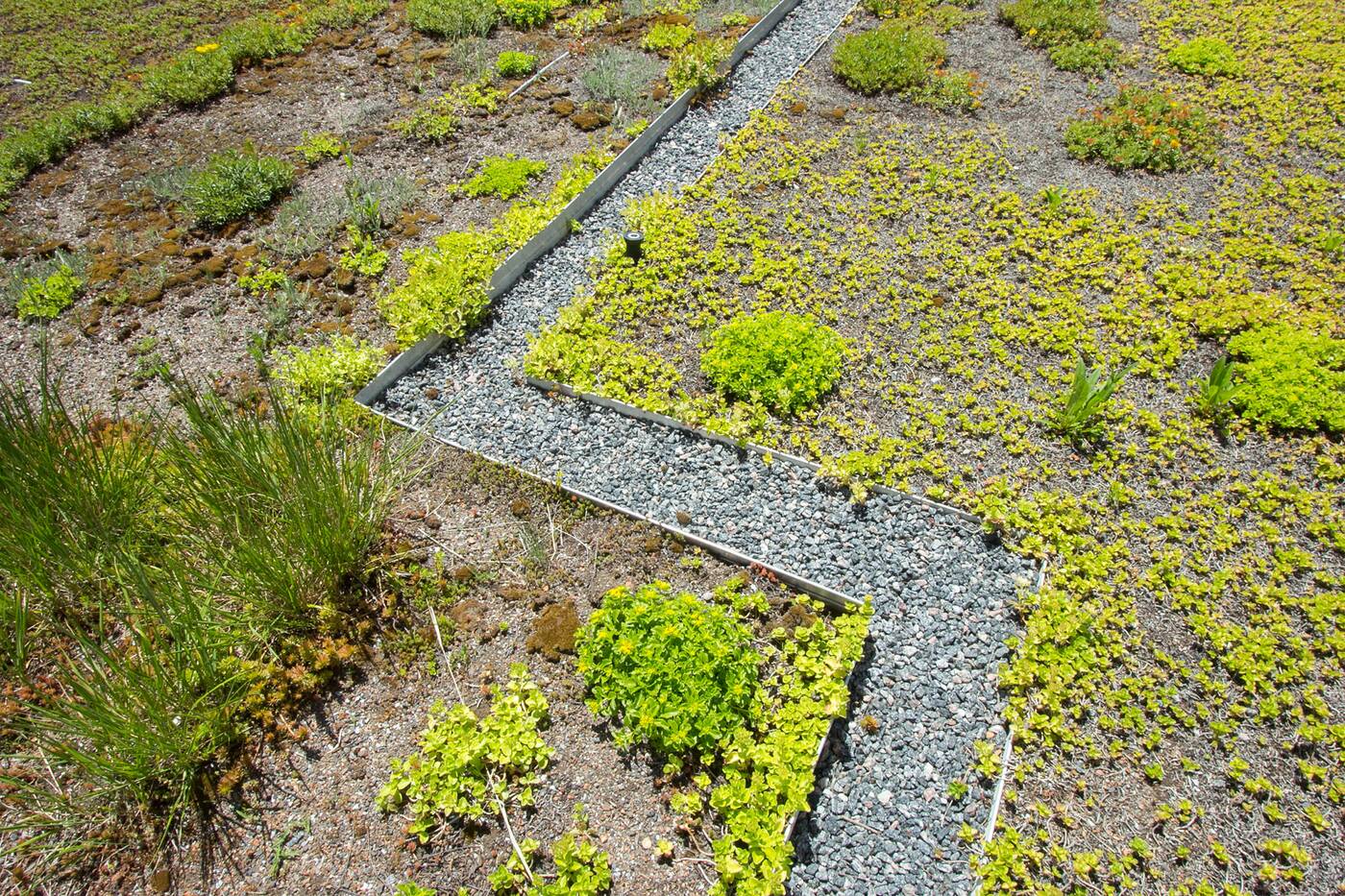 Open year round, the rooftop's variety of blooming plants changes per season.

Follow the paved courtyard that curves around the chamber and you’ll be able to see the fields shift from orange and yellow in the south to pinks and purples in the north, inspired by the textured colour blocks of Polyphony (1932) by Bauhaus visionary Paul Klee.

At night the light columns give the podium green roof a subtle glow that can be seen from neighbouring buildings. 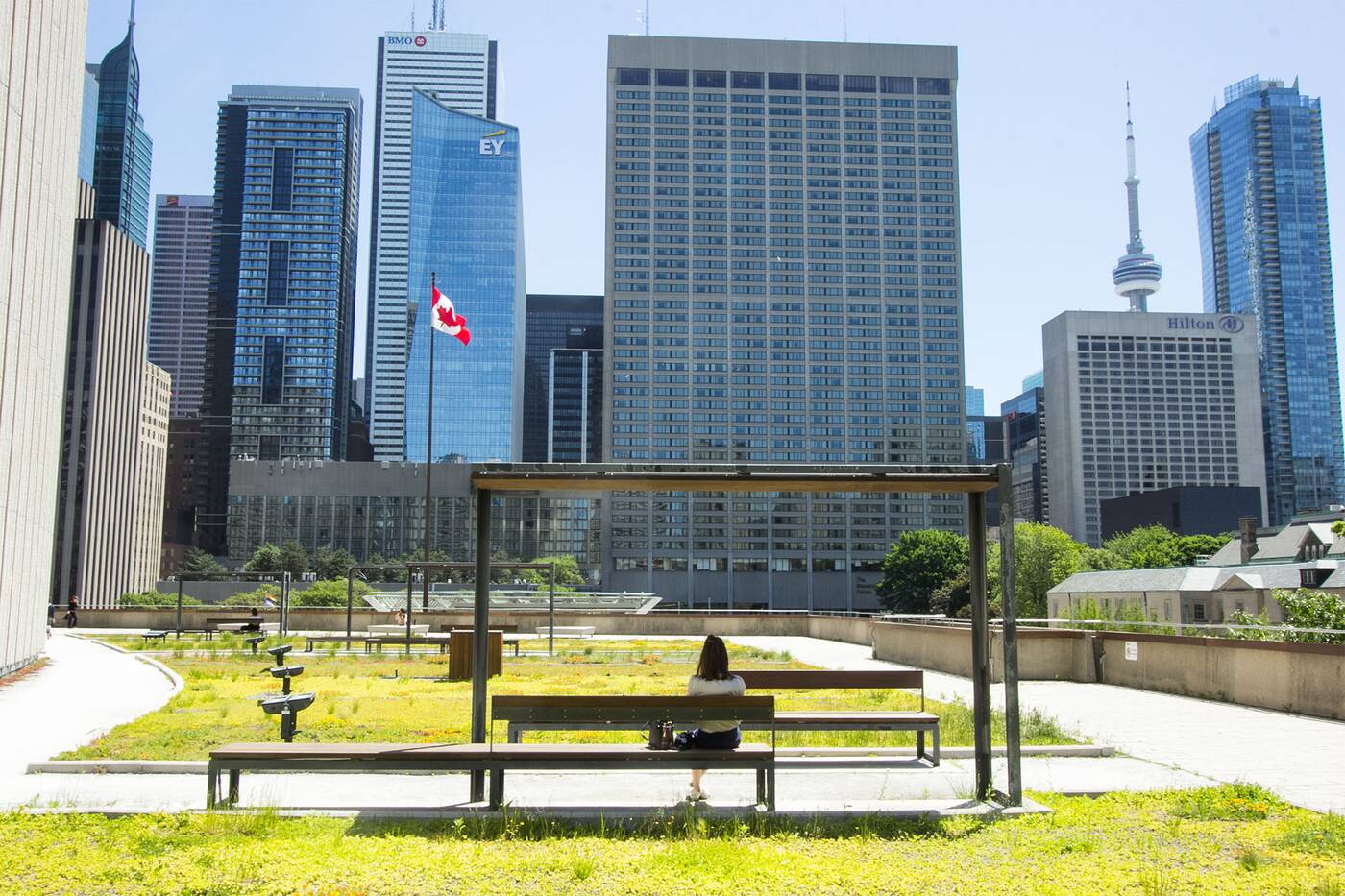