While there are a lot of things to be dubious about in the city, Doors Open is one of those laudable projects about which one can find precious little negative criticism. A model of civic pride and architectural boosterism, it has been copied all over the country. It's one of those things we do right, and it would be a shame if it was added to the ever-expanding list of things we've become cynical about - like public transit, our sports teams, or the advisability of city hall getting into the street food business.

If the debut of the Rogers Studios building at Doors Open Toronto is anything to go by, it would seem that someone has discovered that the weekend event - the highlight of the year for some building geeks - is a great opportunity for some cheap PR.

Everyone knows the building, home to CityTV and Omni Television after the confusing corporate raid that saw Bell Globemedia and Rogers carve up CHUM Limited's empire in 2007. Located on the gaudy but undeniably central Yonge-Dundas Square, it began broadcasting last year after an extensive gutting and rebuilding by Quadrangle Architects, who did their best to replicate the street-level studio facilities that were CityTV's trademark during their long tenure at their Queen West home.

The building began life as Olympic Spirit, a fantastically ill-concieved boondoggle that saw a corporate partnership that included PenEquity, the Canadian Olympic Association and Bob Sniderman, son of Sam "the Record Man" Sniderman and owner of the nearby Senator Restaurant. Conceived after Toronto lost its bid for the 2008 Summer Olympics, it was effectively cut adrift when the COA, now renamed the Canadian Olympic Committee, put all of its marketing energy into the recent Vancouver Games. They effectively pulled the financial plug on the Toronto facility, which was only open from 2004 to 2006. To this day, I've never met anyone who was inside.

The lineups to get into the Rogers Studios were an hour long on Sunday morning, as the organizers opted not to participate in Saturday's Doors Open festivities. The city's website notes that only the first floor studios will be open to the public, but few people in the lineup seemed to know that. 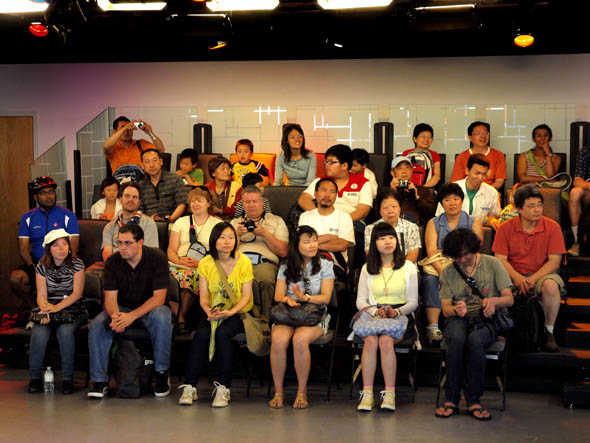 When we were finally let in and herded into the ground floor CityLine/Breakfast Television studio space, a spokesperson for the stations does some cheerleading and introduces the host of one of Omni's Portugese language programs as he passes through. Ted Shore of Quadrangle Architects, the firm that did the renovation of Baldwin & Franklin's original building, gives us a short talk about the challenges he faced. 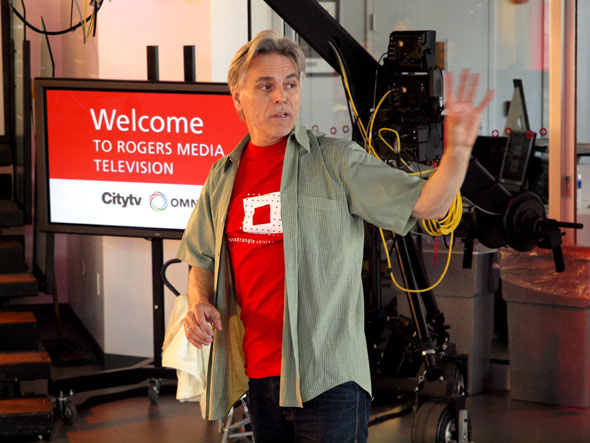 Quadrangle had only 18 months to retrofit the Olympic Spirit space, wiring up every floor to connect with the servers in the basement, and taking out a huge column that ran through the main floor studios, replacing it with an elaborate truss that required shoring up the structure. It all sounds fascinating, but that's all we get before we're shown a music video tribute to City/Omni that's played in a loop as we're ushered out the side door onto the streetcar loop that cuts through the building's corner. Everyone gets a souvenir pen; it's all over in less than 20 minutes. 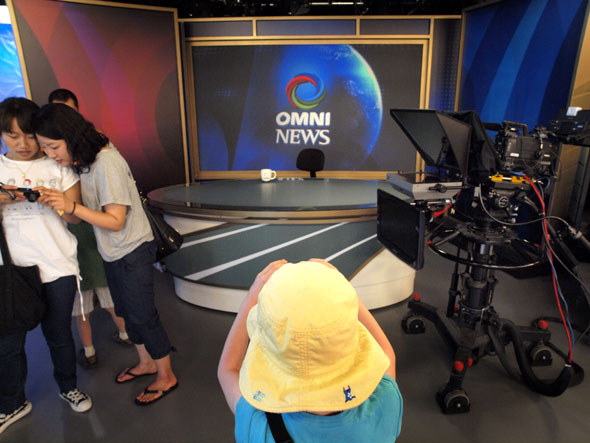 There are dozens of fascinating tours operating under the umbrella of Doors Open, some of which were obviously undertaken with care and pride, and as long as they happen there's every reason to imagine the event lasting for years. But the cynic in me wonders how attendees, both casual and habitual, will respond if this sort of perfunctory glimpse through the front door becomes more common, turning too many stops on Doors Open into dead ends.