A wall collapse has occurred at Yonge & Gould, right between popular Thai restaurant Salad King and Tatami Sushi restaurant near Ryerson University. Just after noon today, the building began to gradually come apart before a significant section came down.

Emergency crews are on the scene, the area has been evacuated, and it's not yet been confirmed whether or not anyone has been injured or trapped by the falling debris (thermal imaging has been done but results aren't yet confirmed). A pile of rubble including bricks and metal spans a large section of sidewalk on Gould.

More photos are below and more info will be provided as it arrives. 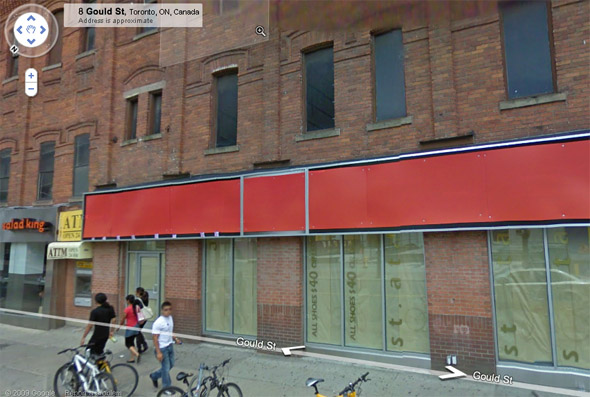 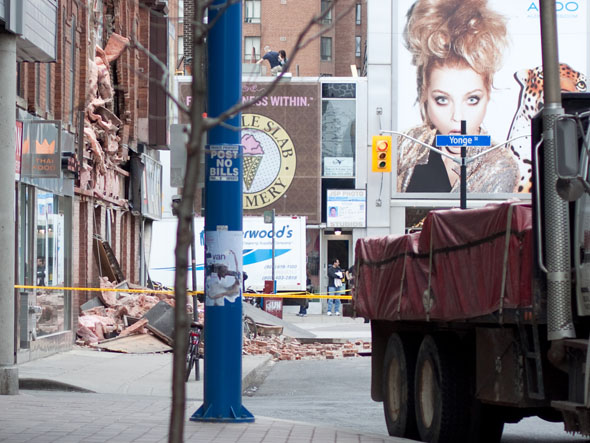 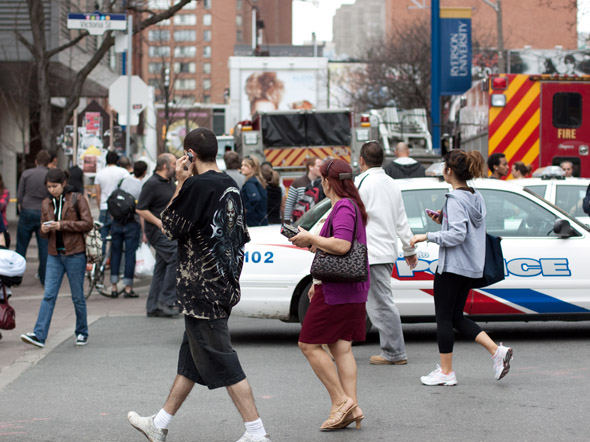 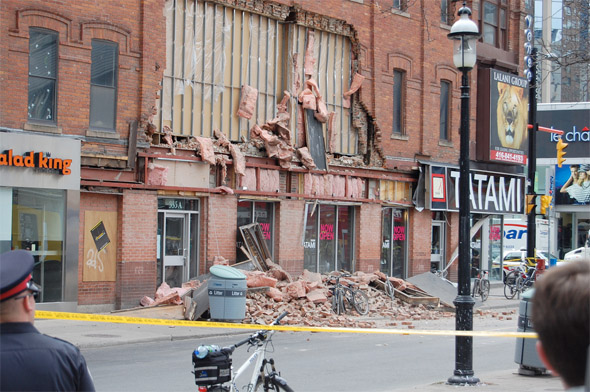 Lead photo via CityNews' Twitpic, and before image via Google Street View. Additional photos by blogTO's Jennifer Tse, and tapesonthefloor on Flickr. Video via CityNews embed.