On Monday night Jonathan Wise, the new owner of China House on Eglinton West, held a little party to celebrate the re-lighting of the restaurant's neon sign.

As twilight fell, a group of family and friends went outside onto the sidewalk and counted backwards from ten, and after a suitable and inevitable pause, the sign snapped back to life again, in all its green and red glory, casting its light undiminished over Eglinton for the first time in nearly two decades.

I love neon. It's the perfect city light, and its disappearance over the years as tubes have broken and ballasts have burned out has taken some of the visual joy out of our streetscapes. There are literally dozens of neon signs that I've never seen lit up, but you can imagine their radiant glory just by connecting the dots between the posts and plugs where the tubes were once secured to their signs, and imagining the painted letter outlines glowing under a blue-black sky, reflected on a rainy pavement. You can dismiss my neon fetish as mere nostalgia, but I have a hard time imagining anyone feeling the same thrill at an old backlit fluorescent sign. 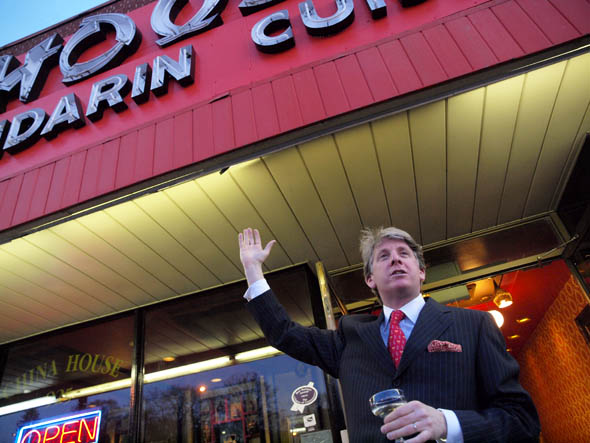 Wise says that while individual letters still worked, most of the China House sign had to be repaired or even refabricated, and the metal that supported it had to be painstakingly cleaned and repainted. He wouldn't tell me how much it cost to bring it back to life, but I mentioned that the owner of King Street West's Patrician Grill had told me just last week that repairing his sign - which only had five neon letters - had cost him a thousand bucks.

"Several times more than that," Wise told me, while the party tucked into plates of spring rolls and pork ribs, and the Chinese dragon troupe performers he'd hired for the ceremony put down their drums and costumes. 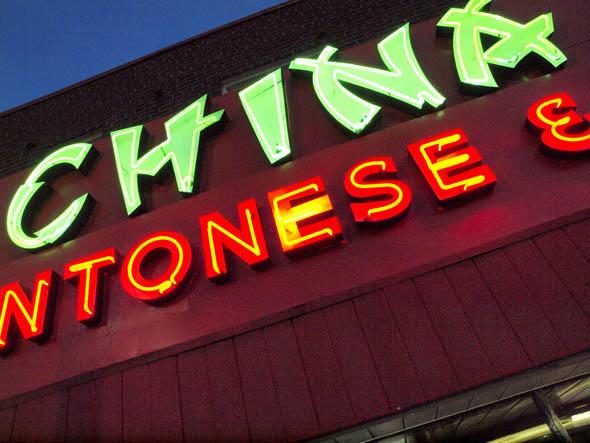 You can still get a neon sign made, though it's become a cottage industry over the years, with small, often family-owned businesses guarding the secrets of how you shape the tubes and mix the colours of the gases. Cities like Vegas, whose whole history is written in neon, have preserved iconic signs from long-gone hotels and casinos, and are even opening a neon museum. 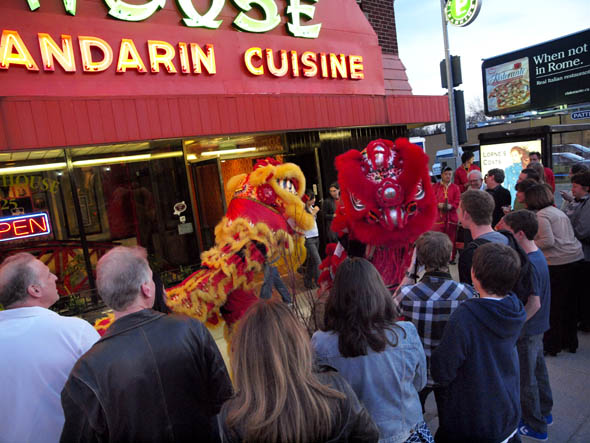 In Canada, Vancouver's marvellously seedy downtown strips were also neon-lit, and a similar effort has gone on there to restore and display old signs. There are neon enthusiasts all over the world, documenting signs as they remain in place, fully expecting that they won't be there in a few years.

Toronto, with its own rich neon heritage, hosts no formal efforts to preserve old signs and marquees, so it's up to business owners like Wise to recognize the value of their neon legacies and preserve them at considerable personal cost. Many don't bother, but for Wise - who calls himself a custodian of China House, from its neon sign to its arched entranceway bridge to its Cantonese menu - it's obviously worth the effort. 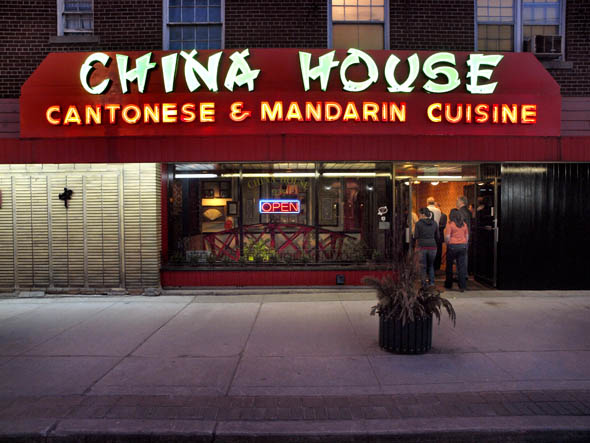