Yesterday, the Toronto Hash Mob cannabis collective gathered for what was meant to be a peaceful pot-puffing protest at Yonge-Dundas Square. In celebration of 420, the plan was to light up at 4:20 p.m. on April 20 in open defiance of marijuana prohibition.

Things would later turn sour with a gun scare shortly before the planned light-up time, but the sun-filled square was already packed with many a languid, smiling stoner from around 2 p.m. onward. I was there before the incident to capture some of the festivities. 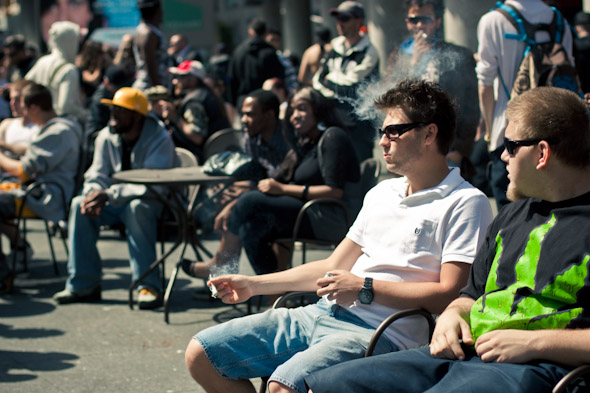 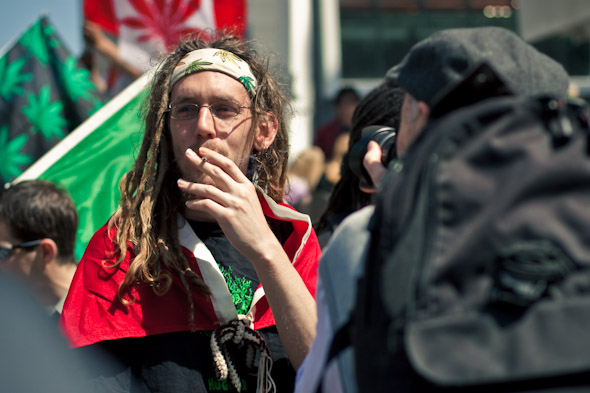 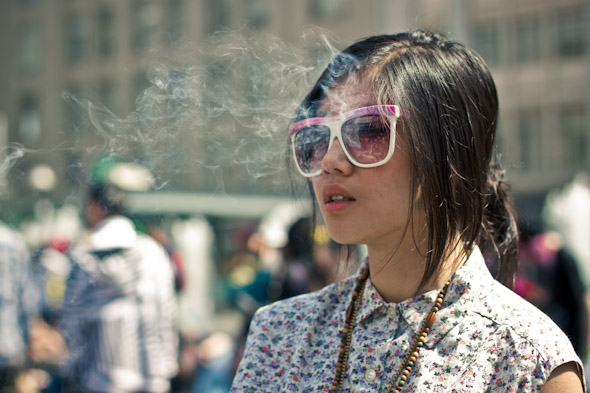 Shortly before 3 p.m., activist and spokesperson Matt Mernagh took to the stage, pot-stickered megaphone in hand, asking if everyone was nice and high yet. The Toronto Hash Mob is known for having put on other, similarly impromptu pro-legalization events in the past. 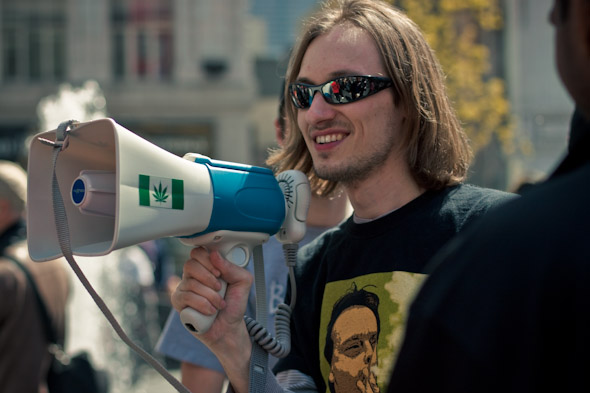 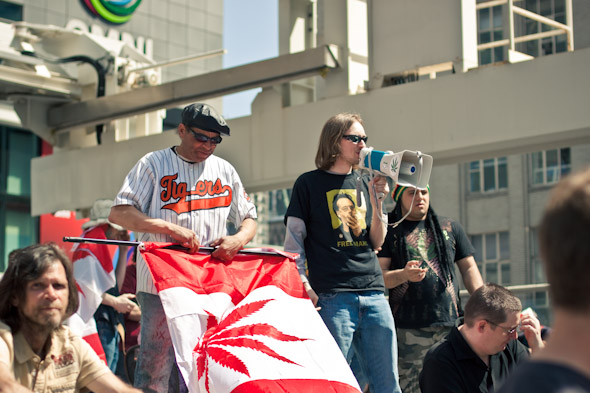 Turnout numbered in the thousands, with spontaneous participants young and old, alone and in groups, all coming out to enjoy the sun and smoke weed together. Some came decked out in green, in celebration of their favourite plant. 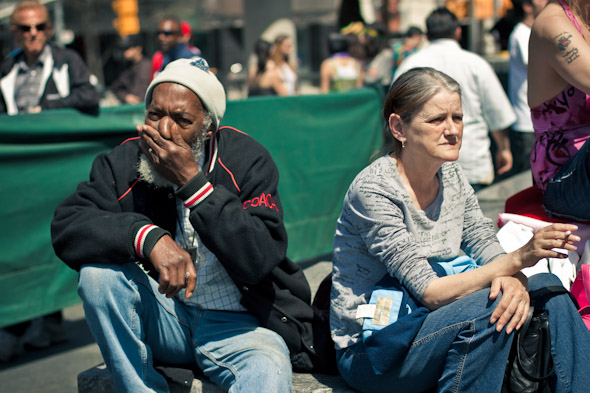 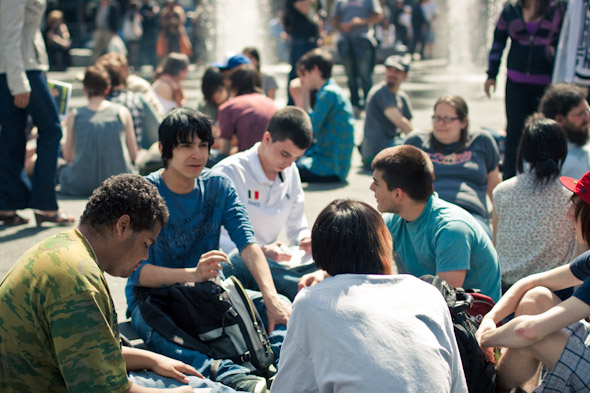 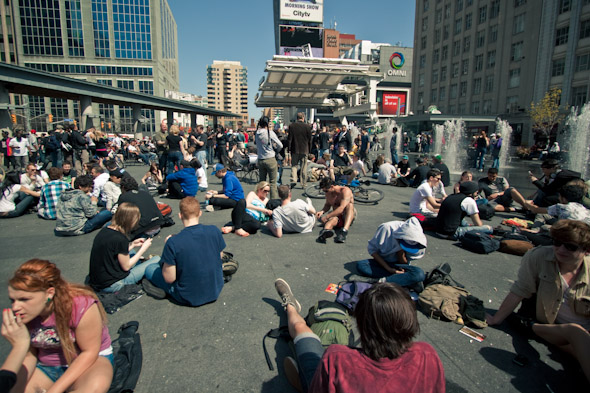 Every so often during the two-hour event, cheers of "We're here! We're high! Get used to it!" would erupt from the stage. By this time next year, the Toronto Hash Mob says they hope to host an event celebrating the legalization of marijuana, rather than an anti-prohibition flash mob.