As a displaced citizen myself, I am struck this week by the difficulty of mourning one's country while living in another. While Canada has declared Thursday to be a day of national mourning, Poland will be wearing black for quite some time, as will - I imagine - in Roncesvalles, the neighborhood in Toronto that many Poles call home.

The loss of such a huge number of Poland's top officials in a plane crash less than a week ago seems so cruelly deepened by their circumstances of travel; the President and entourage were flying to Russia to commemorate the lives of 22,000 Poles slaughtered in the Katyn Massacre in 1940, an event only recently accepted by the Russian government as a political crime. It's devastating to add any more names to the list of the dead - a list that has long plagued Poland. 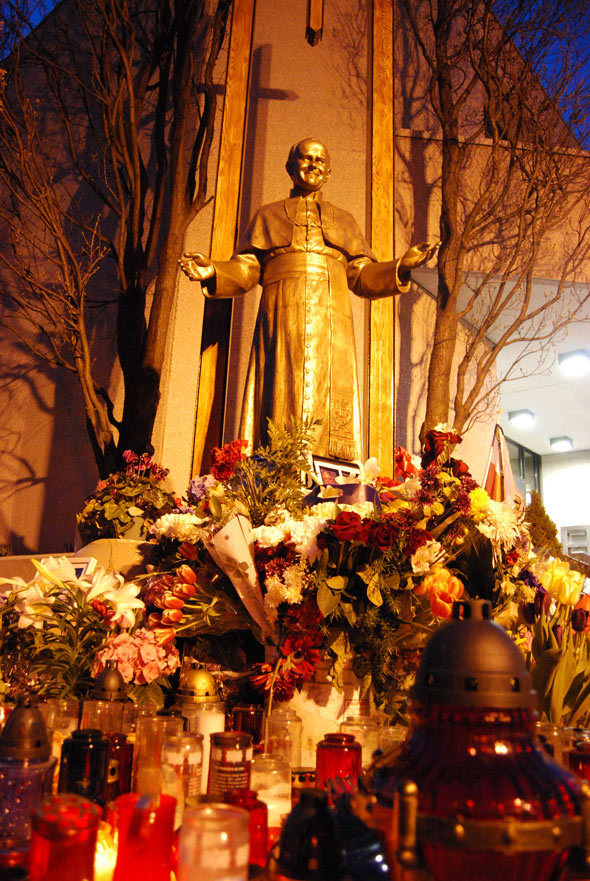 Just off of Roncesvalles and further south at the meeting place of King and Queen Streets, monuments like the statue of Pope John Paul II at the Polish Credit Union and the Katyn Memorial have collected bouquets, candles, and votives from mourners. The Katyn Memorial is an especially poignant recipient of tribute having been originally commissioned by Toronto in 1980 to mark the remembrance of the very same tragic Katyn massacre. 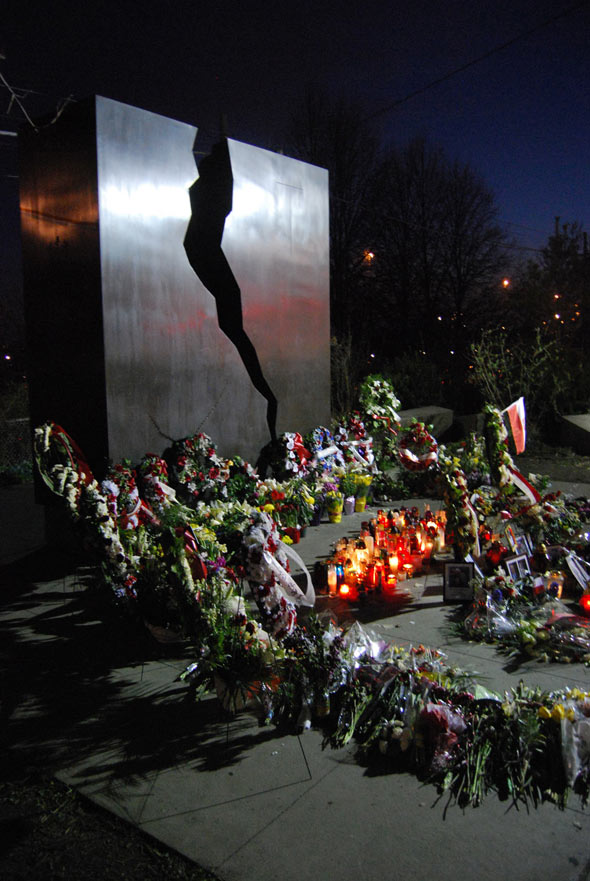 As a city full of immigrants, I'm sure that more than the 300,000 people in Toronto who share Polish heritage can imagine the difficulty of mourning an immense loss for your homeland while living abroad. No doubt it has been a struggle for Haitians over the year, for Chinese presently, and for countless others. But perhaps some solace can be found in community, especially the immigrant communities found throughout Toronto.

It's a fortunate thing that monuments like Pope John Paul II and the Katyn Memorial, while easily overlooked landmarks in tucked away locations, can mean something important to the immigrants living in community around them. I'm grateful that Toronto can offer this small condolence. Furthermore, I hope that these tragedies can move toward greater good and greater reconciliation between Poland and Russia.

Writing and photos by Cassie McDaniel.