The CAMH administrative building at 1001 Queen Street West is in the process of being demolished. It's part of an ongoing redevelopment of the site which aims to integrate the mental health facility with the surrounding community. 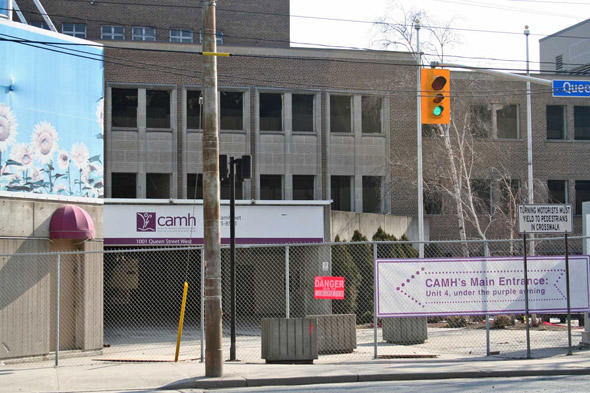 The $380-million-plus renovation, which has been underway since 2006, includes plans to incorporate street-level retail, public streets, and residential properties on the site -- all of which, it is hoped, will lessen the stigma surrounding those receiving care at CAMH. 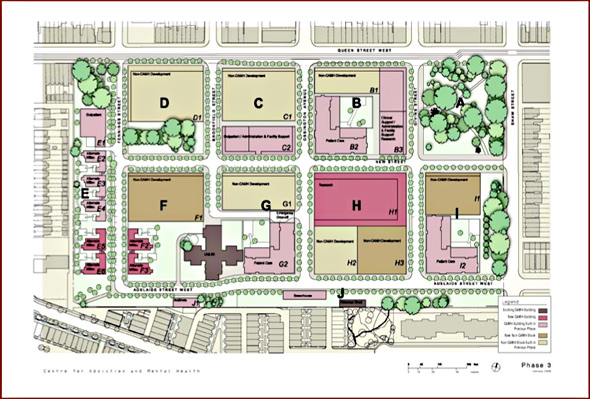 Of the many changes, perhaps the most significant will be the extension of Ossington and Adelaide streets, which will eventually meet one another at the south end of the current site. 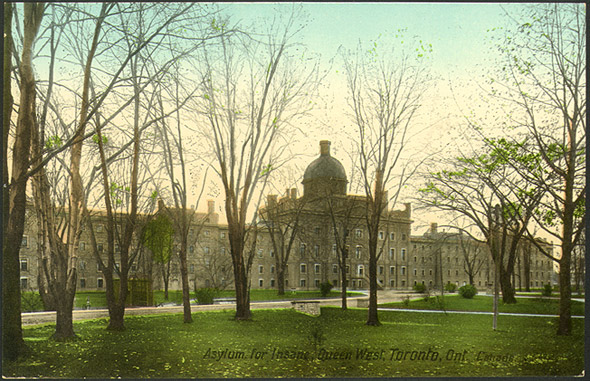 This is the second time the facility has been comprehensively renovated. The last time was in 1975, when the historic Toronto Lunatic Asylum was demolished.

Demolition of the CAMH administrative building is expected to be completed soon, with construction of the new buildings beginning almost immediately thereafter. Those who want to catch a last glimpse of a Toronto landmark before it disappears should act soon. 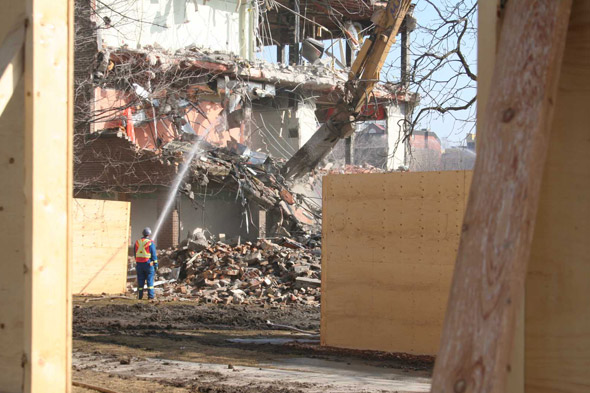 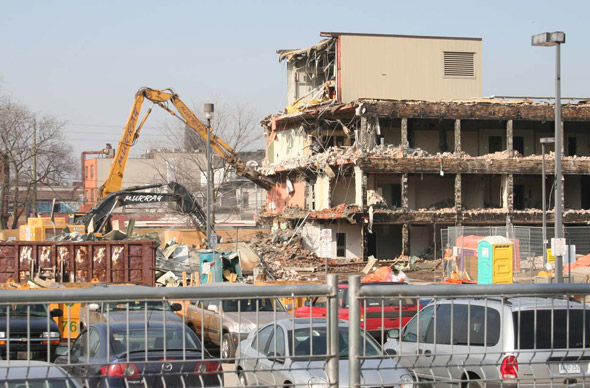